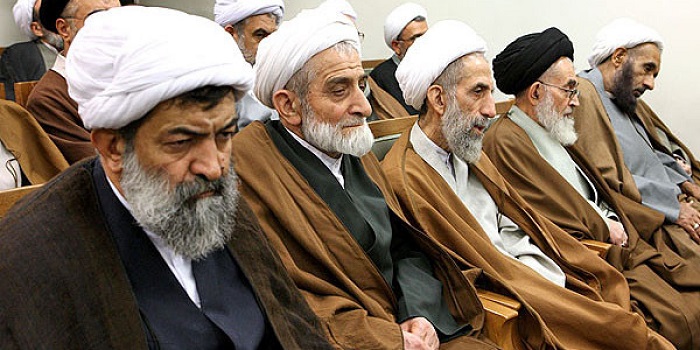 Mullahs in Tehran Only Have Themselves to Blame

Iran’s economy still struggles along anemically. The Iranian people find commodities in short supply with high prices and poor job prospects. Thousands of young Iranian men are being shipped off to fight in the deepening Syrian war, while at home Iranian women continue to be oppressed and denied job opportunities and any freedom to decide their own lives.

The mullahs in Tehran and the regime leaders such as Ali Khamenei and Hassan Rouhani have sought to blame at various times: the U.S., the U.S. Congress, Hollywood movies, decadent American culture, Starbucks, American consumerism, Christians, Jews, Sunnis, Donald Trump and even each other for the ills that plague Iran.

What they have failed to do is look themselves in the mirror and focus blame squarely where it belongs: themselves.

The New York Times editorial board published a piece that questions the deep level of corruption that still pervades the regime government and economy, as well as the regime’s commitment to support terrorism and human rights abuses that remain rampant.

“One impediment is that most American sanctions remain in place because of Iran’s involvement in terrorism and human rights abuses and its testing of ballistic missiles. Iran knew that lifting all American sanctions was never part of the nuclear deal,” the Times wrote.

As President Obama said recently, “Businesses want to go where they feel safe, where they don’t see massive controversy, where they can be confident that transactions are going to operate normally.”

The Times is correct in that Iran’s behavior is the source of most of the problems it encounters, but it only scratches the surface of the true problems plaguing Iran since the Times diagnoses the symptom, but not the cause.

That cause lies in the foundation of the velayat-e-Faqih system in the first place as a religious theocracy dominated by a strict interpretation of Islam that allows no compromise or quarter. It regards even other Muslim faiths as blasphemous and generally seeks to solve its problems through the use of terror, war and violence.

The collision of religious rule and commerce do not produce good results on the whole and while the Times correctly points the obstacles to foreign companies and banks face in trying to restart business in Iran, it misses the correct prescription to fix it, which is regime change and the implementation of a true, non-secular democratic government in which religion plays no part in its governance.

As many Iranian dissident groups such as the National Council of Resistance of Iran have long pointed out, the transition of Iran from a theocracy to a true democracy is the only viable pathway for regional stability and peace.

The fact that Iran’s extremist rulers have sought to shift blame for the nation’s woes onto anyone they can blame hides the fact that corruption and violence have become so ingrained within the policies and practices of the Iranian regime, the rest of world has come to accept it as a status quo; much in the same way we’ve become accustomed to the paranoid vitriol that often flows from North Korea.

Human rights groups such as Amnesty International and the United Nations human rights monitors have long documented the cruelty and barbarism that occurs within Iran, but over time even the most despicable acts such as the execution of juveniles have become commonplace and no longer merit worldwide media scrutiny.

Maybe that is the regime’s game plan, to play the long game and bore the rest of the world with endless streams of violence and inhumanity we take it as common practice and no longer react with revulsion?

Recently, some news media reported on an Iranian teenager who was told to “retain her chastity,” but instead bravely shared her account of being stopped by morality police for having the wrong hairstyle, amid a crackdown on women veiling incorrectly.

The 15-year-old and her 12-year-old friend from school reported seeing the morality police and hiding while they attempted to tuck their hair under their veils, but were stopped for having hair too close to their faces and wearing make-up.

After the ordeal, described by the 15-year-old as “humiliating and harrowing,” she decided to share a video account of what happened on social media.

Anywhere else in the world, viral social media such as this would generate firestorms of attention, but in Iran where a great cyber wall keeps social media in check, incidents large and small like this are only intermittingly revealed.

It is also through the diligent work of the Iran lobby network of columnists, bloggers, lobbyists and PR spinners that continually fight to keep a lid on such incidents and discount them as isolated ones and not representative of the regime as a whole.

But such actions are par for the course with the Iranian regime, which uses threats to try and force agreements.

The governor of Iran’s central bank, Valiollah Seif, threatened to walk away from the nuclear deal if the United States did not give Iran access to the American financial system during a 90-minute speech in Washington last week.

In response, Matthew Levitt, a former Treasury Department official and who now works at the Washington Institute for Near East Policy, wrote in The Wall Street Journal on Monday that “Iran seems to expect the Obama administration to provide benefits beyond those in the nuclear deal.” Levitt noted that Seif admitted that Iran has not changed how it does business, and added “that Iran has not changed is at the core of its problem.”

As the New York Times notes, the problem is not with the rest of the world, but with the mullahs themselves.