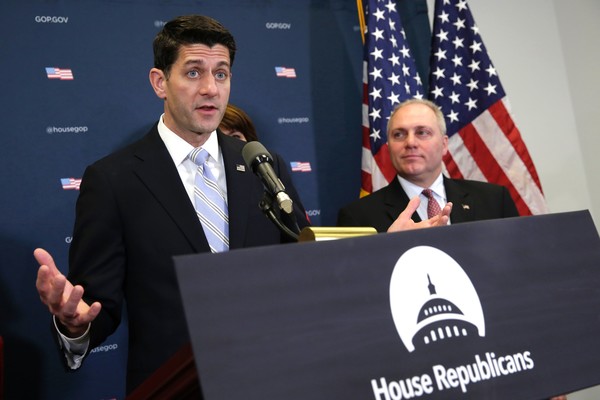 The decision by the House to renew the Iran Sanctions Act is noteworthy for two things: One is the margin, an overwhelming 419-1 vote that clearly demonstrates on this one issue, both Democrats and Republicans universally agreed on the outcome.

The second is that the age of appeasing the Iranian regime and giving credence to the Iran lobby’s echo chamber on “moderation” has finally died in the wake of an unrelenting year of war, carnage and bloodshed by Iranian regime and its terrorist proxies following approval of the nuclear deal.

It is universally agreed to even among the most ardent supporters of the mullahs in Tehran that Iran could have done more to demonstrate its commitment to being a reliable international partner.

The fact that a lame duck session of the House voted these sanctions through says lots about how members truly feel. While there is no disagreement about wanting to compel Iran mullahs to not build nuclear weapons, the methodology of how to get there is clearly and appropriately back up for debate.

The ISA itself, extended for another decade by this vote, is not even connected to the nuclear deal since it deals with sanctions imposed for Iran’s support for terrorism and development of ballistic missiles; items that Iran lobby supporters such as the National Iranian American Council famously argued should be disconnected from the nuclear deal. They are now paying for that disconnect.

The other sanction, which was passed on a unanimous voice vote no less, imposes sanctions on anyone assisting the Syrian regime in the wholesale slaughter of civilians and contributing to the largest refugee crisis since World War II. Given that Iran is Syria’s biggest sponsor and supporter, the message to Tehran is clear: Get out of Syria and stop supporting the mass murder of men, women and children.

Ultimately the best thing to come out of these moves will be to refocus the debate on human rights and the barbaric practices of the Iranian regime and Syria.

The renewal and extension of the ISA and the sanctions connected to Syria provides the incoming Trump enormous flexibility and tools as it takes up the thorny question of how to roll back Iranian aggressions.

The Iran lobby has been busy trying to make the case that the status quo needs to continue and in fact grant Iranian regime even more concessions with the further lifting of restrictions preventing the regime from tapping into U.S. currency exchanges to finance its activities, but even a blind man can recognize the American voter was in no mood to accommodate Iranian regime during a time when fears over terrorism was ranked as the second-highest concern they had in exit polling right after the state of the economy.

Both Democrats and Republicans realize their political careers might be cut short if they followed through with President Obama’s desire to maintain the status quo. It is clear from the dramatic results from the election that Americans want change and they are willing to decimate the political class to get it.

For the Iran lobby, especially long-time advocates such the NIAC and Ploughshares Fund, their options have narrowed dramatically to have any leverage with the new Congress and the Trump administration, which is why they have shifted their focus to a shotgun approach of trying out any number of message points and see if any of them stick.

One of the stranger rationalizations offered by Trita Parsi of NIAC, is that trying to isolate the Iranian regime may prove difficult for Trump since the Obama administration first made the case that Iran had failed to cooperate and thus was able to assemble an international coalition.

But Parsi must be nuts to think the international community doesn’t recognize that Iran has been at the very center of three of the worst raging wars on the planet today in Syria, Iraq and Yemen.

In another example of how the Iranian regime axis of Shiite influence is trying to recalibrate to the new reality of a Trump administration, even Syrian strongman Bashar al-Assad said in an interview on Tuesday that Trump was a “natural ally” if he was committed to fighting “terrorists.”

Of course Assad’s definition of “terrorist” might be very different from the American definition given his military’s targeting of civilian neighborhoods and hospitals with airstrikes, barrel bombs and chemical weapons.

What Parsi, Assad and even the mullahs in Tehran do not understand is that Trump is far from the knee-jerk, knuckle dragger they tried to portray him as during the presidential campaign. Far from it, Trump has focused his policies on the idea of restraining Iranian regime influence and resetting the power balance in the Middle East away from Iran and back towards global powers.

His openness towards working with Russia and Vladimir Putin presents a more subtle and unique threat to Iran since Putin might even make the calculation that forging a partnership with the U.S. negates the need for supporting Iran’s interests so long as preservation of a warm water port in the Mediterranean from Russian ships is guaranteed.

For Iranian mullahs, the field is narrowing in terms of their ability to affect outcomes, which is why the Iran lobby has been campaigning hard to influence who will be sitting on key positions of the upcoming administration.