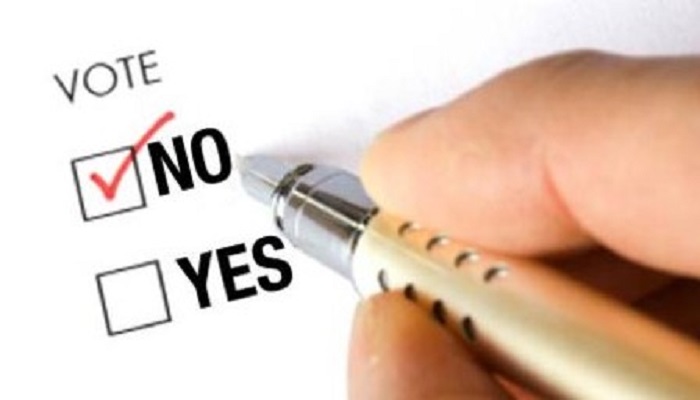 A pair of new polls came out this week not only showing a growing majority of Americans opposed to the proposed nuclear agreement with the Iran regime, but a more bi-partisan consensus forming that large portions of the deal should be rejected outright by Congress.

The more revealing poll came from Democratic pollster Pat Caddell, working with the Republican firm McLaughlin & Associates in a bi-partisan manner on behalf of Secure America Now, a non-partisan group, in which a whopping 80 percent of Americans opposed giving the Iran regime an estimated $150 billion in early sanctions relief absent congressional approval.

In addition, 72 percent of Americans said that Congress should not approve a deal that does not allow independent U.S. inspections of Iran’s military facilities, while another 68 percent do not believe that inspections by the United Nations allowing a 24-day notification period would prevent Iran from cheating.

The poll also found 65 percent of Americans think the deal will result in other nations seeking their own nuclear weapons, setting off a regional arms race, and 63 percent disagree with the Obama administration’s contention the deal stops Iran from developing nuclear weapons.

“It’s abundantly clear that the more Americans learn about key details within the Iran agreement, the less they like it,” Caddell said. “Opposition to the deal is growing as the facts work their way into kitchen table conversations across the country.”

The other poll from CNN/ORC found 52 percent of Americans saying Congress should reject the deal with only 44 percent supporting it. Some opposition to the deal may be fueled by skepticism. A CNN/ORC poll in late June, conducted as the deal was being worked out, found that nearly two-thirds of adults thought it was unlikely the negotiations would result in an agreement that would prevent Iran from developing nuclear weapons.

Both polls point to a basic skepticism about the ability to trust the mullahs in Tehran to follow through on any agreement, let alone promise not to build nuclear weapons after the ten-year term of the agreement. Americans of all political stripes have come to the conclusion while it is desirable to make sure Iran does not develop nuclear weapons, few actually believe this deal would prevent the mullahs from doing so either in the short or long term.

Both polls mirror findings in a nationwide Pew Research Center poll which showed a majority of Americans disapproving the deal and a significant majority not trusting the mullahs to follow through on any agreement.

Scott Clement in the Washington Post looked at the trend line in polling from earlier this year to after the agreement was announced and provides some reasons why support for the deal has plummeted in the latest polls, including:

The Secure America Now poll offers the most troubling results for the Iran lobby. That poll took the time to explain the components of the deal and its implications to respondents, which yielded the massively large results against the deal, such as the potential of giving the mullahs in Tehran billions of dollars in sanctions relief.

Also noteworthy was the testimony given by Army General Martin Dempsey, chairman of the Joint Chiefs of Staff, at a Senate hearing the other day in which he denied ever presenting the options regarding approving the nuclear deal as stark choices between war and peace.

“At no time did that come up in our conversation nor did I make that comment,” Dempsey told Senator Joni Ernst (R-Iowa) during a Senate hearing on the Iran deal. “I can tell you that we have a range of options and I always present them.”

Dempsey also acknowledged that he advised the president not to agree to the lifting of sanctions pertaining to Iran’s ballistic missile program and other arms. “Yes, and I used the phrase ‘as long as possible’ and then that was the point at which the negotiation continued — but yes, that was my military advice,” he told Senator Kelly Ayotte (R-NH). In the event the new deal goes into effect, the arms embargoes will expire over the next several years.

His testimony undercuts the central message point being made by Parsi and other regime supporters, that the only alternative to the deal is military conflict with the regime. It’s disingenuous and a strawman that does not exist.

As the polling shows, more Americans of every political stripe are beginning to see how false that argument is becoming.