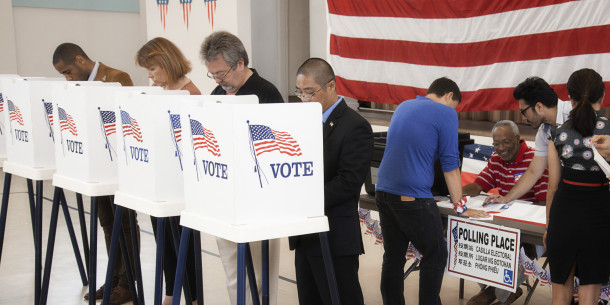 One of the great fundamental flaws in the negotiations over the Iran nuclear agreement was the concession to the mullahs in Tehran to unlink non-nuclear activities such as support for terrorism and human rights violations from the deal in an act of appeasement in the vain hope of moderating their behavior.

In the year since the agreement, the Iranian regime’s actions have proven those hopes to be false and the appeasement merely a reward for continued Iranian aggression. While that policy turned out to be a failure, the next president—be it Hillary Clinton or Donald Trump—will need to face the challenge of Iran with a more comprehensive approach.

The challenges facing the new president will be numerous and complicated. The current policies of trying to appease the Iranian regime have only made matters worse not only in the Middle East, but around the world.

It has also fractured what once was a globally united front against the Iranian regime which placed uniform and complete economic sanctions so effective that it threatened the mullahs hold on their regime and drove them finally to the bargaining table for the first time since this regime has been in power.

Unfortunately the nuclear agreement gave them a free hall pass and they have taken it to exploit it. The new president will find on his or her plate an Iran that:

The new president will also have to rebuild and forge a new consensus on to effective deal with Iranian extremism in the face of a rush by European, Asian and American firms to try and cash in on the perceived riches available in the Iranian marketplace; a perception that may prove just as illusory as the hopes for moderation.

At least one former hostage is working to remind whoever is elected to take a harder line against the Iranian regime. Barry Rosen, a survivor of the 1979 hostage crisis, serves as an advisory board member for United Against Nuclear Iran and penned an editorial for Time magazine.

“In this unusual presidential campaign cycle, we have seen a lack of substantive discussion about Iran and foreign policy from the candidates. This oversight comes at the most critical time in decades, with the nuclear deal well underway despite continued hostile behavior from the Iranian regime. It is imperative that the Presidential candidates and our policymakers in Congress understand that the Iranian regime that held my colleagues and me hostage has not reformed its ways,” Rosen writes.

“It’s likely that the next U.S. President will not be through the first 100 days of the administration before Iran is once again a problem that cannot be ignored. The nuclear deal has done nothing to bring about crucial change in Iran. And there is no more clear an example of this than Iran’s involvement in the Syrian crisis. The American government is foolish to ignore the growing threat that is Iran,” he added.

“The next President must acknowledge the realities of inner turmoil in Iran, and be prepared to take a hard line against Khamenei and his regime as they push the envelope. Regardless of who wins the Iranian elections in March, we already know the regime holds the power and has no intention of working diplomatically with the West. The fanciful notion that the nuclear deal would bring about better relations between our two countries has been dispelled; a new administration will have the chance to cast a spotlight on Iran for the bad global actor it is,” Rosen said.

Rosen’s admonitions for the next president are prescient and valid. He also raises the uncomfortable truth for many of those that originally supported the Iranian nuclear which is that the deal has become almost toxic to publicly support anymore.

Too many Americans recall the videos and photos showing American sailors forced to kneel at gunpoint from Iranian Revolutionary Guard Corps members, while anyone on Google can simply type in “Iran” and “executions” and see the regime’s justice system on gruesome display.

So for a new president the complexities of the Iranian problem will require stern action, as well as a deft hand in reassembling the global consensus that has been damaged over the past year as foreign companies look for dollars instead of relief for the long-suffering Iranian people.

No matter who is elected, we can only hope that dealing with Iran with more than hope and sentiment is on their agenda.