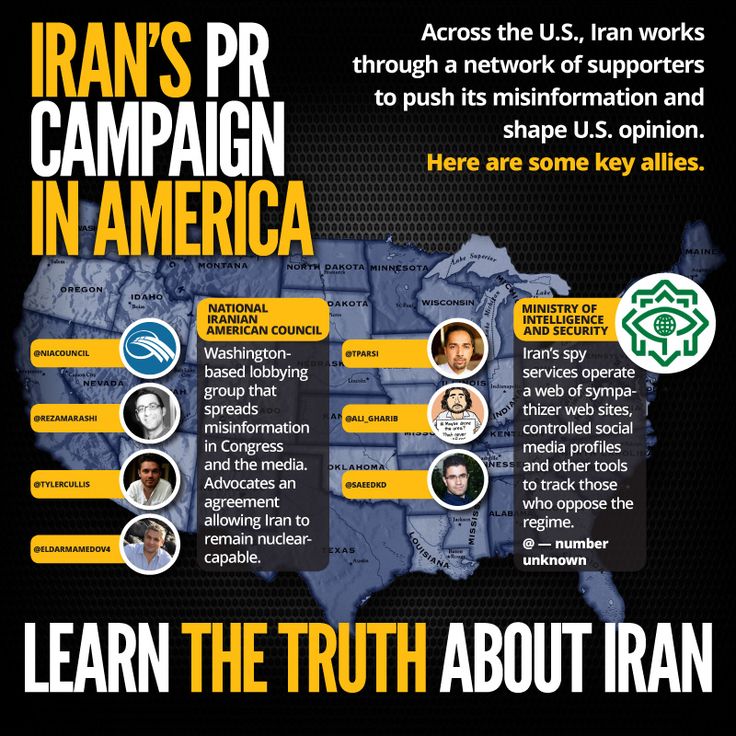 That old reliable warhorse for the Iranian regime—the National Iranian American Council—served up a tired old, disproven platter of lies about the Iranian resistance movement in an opinion piece published on its website this time by the name Pouya Parsian.

But first it’s important to remember that the NIAC has been a consistent cheerleader and arch-defender of the mullahs in Tehran, especially in the face of withering revelations about its founder, Trita Parsi, and his close ties to Iranian regime officials and its abysmal track record of not criticizing the regime for its abundant human rights violations.

During the run up to negotiations for the Iran nuclear deal, the NIAC had consistently urged the removal of any non-core issues such as support for terrorism, human rights abuses and involvement in foreign wars from any deal; thereby removing any and all leverage the rest of the world had over the Iranian regime due to effective sanctions that crippled Iran’s economy.

Now the NIAC has put out a pithy little missive criticizing revelations by the National Council of Resistance of Iran, the largest Iranian resistance group in the world today, that the Iranian regime had taken steps to weaponize its purportedly civilian nuclear program.

Parsian’s piece was rife with errors and fabrications. First off were errors in who was actually revealing these facts. The piece attacked the Mojahedin-e Khalq (MEK) even though the disclosures were being made by the NCRI which is an umbrella group representing a large number of Iranian dissident groups, as well as international human rights and special interest groups such as those advocating for women’s rights and religious and ethnic minorities.

The piece attempts to discredit the NCRI’s findings—not by disputing the truth of the revelations—but instead dredging up old claims of the MEK being listed by the U.S. State Department as a foreign terrorist organization; all of which was proven in error and politically motivated and eventually rescinded by then-Secretary of State Hillary Clinton.

Parsian never disputes past disclosures by the NCRI of Iran’s nuclear program and investigations into the regime’s use of military forces in the Syrian conflict; all proven to be true by independent news sources and national intelligence agencies.

The NIAC is even more inane in criticizing Camp Ashraf, one of two main relocation centers used by Iranian refugees and political dissidents seeking asylum from persecution by the regime, as treating its members inhumanely.

It’s an absurd point when Parsian never mentions the targeting of those same members in Camps Liberty and Ashraf by Iranian and Iraqi security forces resulting in bloody massacres of unarmed men and women and drew universal condemnation by the United Nations, Amnesty International and other human rights groups.

If anything, the NIAC should be thanking countries such as Albania who graciously agreed to resettle these oppressed Iranians and remove them from the threat of murder by Iranian intelligence services.

The irony of the NIAC passionately arguing for Iranians to be allowed to travel to the U.S. over the visa restrictions ordered by the Trump administration and in the same breath trashing these Iranian refugees is not only disingenuous, but fully reveals the NIAC’s bias as a staunch and blind supporter of the Iranian regime’s policies.

Parsian tries to frame the press conference outlining claims about the regime’s efforts to conduct military applications work at its Parchin nuclear facility as “discredited attempts,” but neglects to mention in any detail Parchin’s central role in Iran’s nuclear program.

Parchin served as a primary facility for Iran’s military to test conventional explosives designed as primary initiators for nuclear warheads. Parsian also fails to mention the regime’s blocking of international inspectors on numerous occasions at Parchin.

Parsian doesn’t mention how the Iranian regime conducted extensive earthmoving and destruction of facilities prior to opening Parchin to international inspection again to remove traces of its prior military nuclear work.

Parsian fails to discuss the fact that international inspectors were prohibited by the regime from collecting its own soil samples and instead had to “observe” hand-picked regime teams and then look at their results, which even then still showed trace amounts of radioactive elements even after sanitizing by the regime.

All of these revelations were confirmed by the International Atomic Energy Agency and other nuclear watchdog groups that were highly critical of the Iranian regime’s handling of Parchin and its inspection.

Of course, Parsian mentions none of these damning pieces of history because the truth would only diminish the NIAC’s attacks on the Iranian dissident movement.

The real question that needs to be asked though is “why?”

Why does the NIAC feel so compelled to attack the NCRI and yet ignore the past history of Parchin?

Why does the NIAC feel the urge to belittle the NCRI, but ignore the proven track record of lying by the Iranian regime?

All of this only reinforces the real truth about the NIAC, which is that it is first and foremost a loyal member of the Iran lobby and will defend the mullahs at all costs without any regard for the truth.