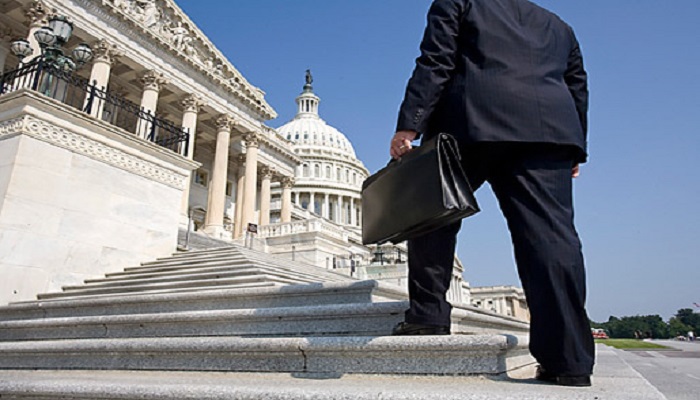 The National Iranian American Council serves primarily as a cheerleader, public relations mouthpiece and lobbying force for the Iranian regime. It does these duties with diligence and not the least enthusiasm for its mission of portraying Islamic fanatics in a gentle and favorable light. It’s almost akin to being the PR firm for ISIS, if there ever was one, with all its attendant challenges.

As part of its lobbying efforts, it coordinates its so-called “Day of Action” in which its volunteers gather up petitions to deliver to designated Congressional field offices in the hopes of steering the Congress towards a more favorable view towards Iran’s mullahs; namely you can trust them with a nuclear capacity in a couple of years.

That is the essence of NIAC’s national day of action today in which, according to the group’s website, 23 states will be targeted, mostly their U.S. Senators with a few Representatives. The bulk of the states targeted were blue states that President Obama carried in the last election, with the notable red state exceptions of Texas, Georgia and Kentucky.

Virtually all of the targeted Senators are Democrats and have already expressed some degree of support for the President’s diplomatic efforts with Iran, so what does this day of action tell us?

For one, it’s not very national. At what is arguably the most important point for NIAC in its years-long effort to build support for the Iranian regime, it can’t even muster support in more than half the states. In the overwhelming majority of the states they do plan to deliver petitions, the offices targeted are already in their column. It is in essence preaching to the choir at this point.

Secondly, this national lobbying effort is timed to coincide with Israeli Prime Minister’s address to a joint session of Congress. NIAC in favoring the mullahs, has noted the Democrats who have chosen not to attend; only 38 members have answered NIAC’s call to boycott.

Coming on the heels of the delivery of books to every Senator by NIAC about the life and efforts of Abdol-Hossein Sardari, an Iranian diplomat who saved the lives of Jews escaping the Nazi’s in Paris, NIAC has clearly gone all out in an effort to try every lever to enhance the brand image of Iran’s mullahs.

But, with mullahs being the role model for ISIS and other extremist groups, it certainly didn’t help NIAC’s efforts to have ISIS reveal new videos rampaging through a museum in Mosul, Iraq destroying antiquities, Iran’s military blowing up a replica of a U.S. aircraft carrier in exercises, and Iran starting commercial air service in Yemen after Houthi rebels backed by Iran overthrew the government, a key ally in the war against terror.

But at the heart of the lack of enthusiasm nationally for NIAC’s day of action can be found in recent polls which show the American people now rank ISIS and the threat of terror as their number one concern this year going into the tune up for the 2016 elections; even ahead of jobs and the economy.

NIAC and Iran’s mullahs have consistently placed their hopes in the idea that if you say “Iran is peace loving” enough times, it can overshadow videotaped beheadings and cremations of prisoners and put a fig leaf on turmoil and chaos roiling across Iraq, Syria, Afghanistan, Nigeria, Yemen, Chad, Sudan and Lebanon. It might even be enough to cover up terror in Paris, Sydney, Ottawa, Copenhagen and now Bangladesh where another American journalist was hacked to death alongside his wife by extremists.

The Iranian regime’s biggest export is terror and its extremist Islam and it is destabilizing large parts of the world right now. If the talks on Iran’s nuclear infrastructure were simply about centrifuges and uranium, we might get a deal, but you cannot ignore the other party at the table and it includes people such as Ali Khamenei who are playing the long game in fulfilling an apocalyptic vision of an Islamic empire with Iran’s mullahs at the controls.

So while NIAC is busy passing out petitions today, we should be thankful the vast majority of Congress isn’t listening to them.
By Michael Tomlinso