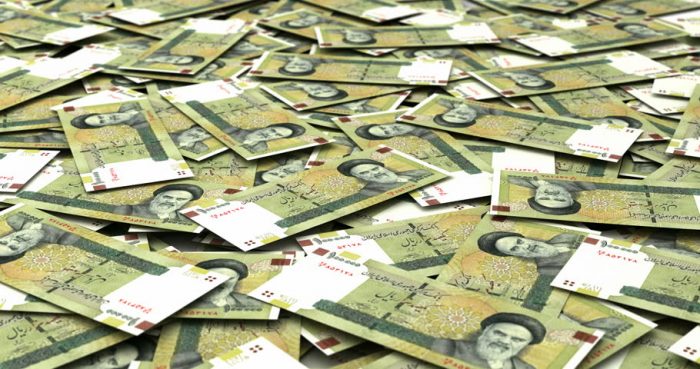 Shirin Ebadi, a Nobel Prize-winning Iranian human rights activist, took dead aim at the National Iranian American Council in an interview with Bloomberg and linked its efforts in lockstep with the Iranian regime. Even more damning, she openly called for regime change and the ouster of top mullah Ali Khamenei and eradication of the position with the replacement of the Iranian constitution with one based on democracy and freedom.

Predictably, the NIAC and its allies went on the offensive but stopped short of the usual verbal tongue lashings reserved for others regime naysayers.

Instead, the NIAC put out a plaintive statement that avoided directly criticizing Ebadi and instead went after traditional foes; President Donald Trump and newly installed national security advisor, John Bolton.

“As we speak, Donald Trump is installing John Bolton in the White House – a man who has openly called for over a decade for the U.S. to bomb Iran. Trump has fired his advisors who argued against killing the Iran deal and is replacing them with pro-war advocates like CIA Director Mike Pompeo – who wants to turn Iran into Syria. Meanwhile, our families continue to be banned from America because of Trump’s hateful policies,” the NIAC said.

Remarkably, the NIAC did not disagree with any of Ebadi’s statements, including her harsh denouncement of the NIAC. Sometimes, when you get caught red-handed, there’s little you can say to counter the charges.

In the case of the NIAC, it’s been increasingly isolated and under fire from all quarters as the Iranian regime disproves virtually every false claim made by the NIAC during the run-up to the Iran nuclear deal.

The litany of mistakes and broken promises stretches across the entire spectrum of Iranian society as the ruling theocracy has brutally suppressed human rights and gone on a spree of imprisonments, public executions and moves to cut off Iranians access to social media and open communications.

Couple that with an economy approaching Third World standards, an environment turning into a wasteland due to mismanagement and a mounting realization among ordinary Iranians that the divide between the wealthy and powerful elites and everyone else is wider than the Indian Ocean and the challenge facing the NIAC of maintaining its vaunted “echo chamber” seems greater than finding a cure for the common cold.

Which is why the NIAC is pushing all of its chips into trying to save the Iran nuclear deal at all costs since if the Trump administration walks away from it, the relevance of the NIAC plummets to that of Mr. Irrelevant in the NFL draft.

“I’m quite pessimistic,” said Trita Parsi, NIAC president, in an interview in The Hill.

Parsi argued President Trump’s threats to kill the deal have already scared businesses away from Iran, turning Iranian opinion against the agreement.

Again, Parsi is trying to find some other reasons for why the nuclear deal is failing and the Iranian people are turning against Khamenei, Rouhani and the other mullahs. His efforts to pin the blame for everything on the new administration ignores his own role in setting expectations for a new moderate era in Iran only to have all of his promised reforms drop dead.

He parlayed the echo chamber coalition of special interest groups, bloggers and academics invested in supporting the Iranian regime into a humming PR machine, but now has seen most of that infrastructure crumble and fall into ineffectiveness.

Most of the premium media interviews Parsi so relished at the height of the echo chamber have now vanished; reduced to a few poor blogs and obscure news outlets reaching audiences outside of the U.S.

Similarly, the cadre of fellow travelers he relied on has dried up as they have been outed by news outlets as being instruments of the Iranian regime and blasted on social media.

While the #MeToo movement took down powerful men accused of sexual harassment, the #FakeNews movement also targeted the imposters that have consistently tried to sell the idea of Iranian moderation against a backdrop of unremitting wars in Syria, Iraq, and Yemen.

The latest chemical attacks on Syrian families and the gruesome images of small children gassed by the Assad regime has put to a lie the idea of Iran backing Assad only to fight ISIS.

Now the Iranian regime finds itself getting pushed closer to the precipice of extreme reactionary moves to save itself as it announced a move to ban the popular Telegram messaging app used by almost half of all Iranians.

The official reason for the ban was economic nationalism: Iranian officials say they want to promote homegrown apps that could break Telegram’s virtual monopoly on social media in a country where authorities tightly monitor internet usage and many websites are inaccessible.

But the real reason lies in the regime’s desire to cut off Telegram in order to cripple the ability of Iranian dissidents to organize the mass protests that have plagued the mullahs since last December.

It also means the regime is almost paranoid over the apps recent cryptocurrency offering that reached a record and posed a significant threat to the beleaguered Iranian rial which hit an all-time low on Monday against the U.S. dollar.

The rial was trading at 62,000 to the dollar, an 18 percent drop since Saturday, which was the first working day after the Persian new year, when many people travel abroad and certainly heightened the regime’s desire to move forward in trying to squash Telegram and the threat it posed.