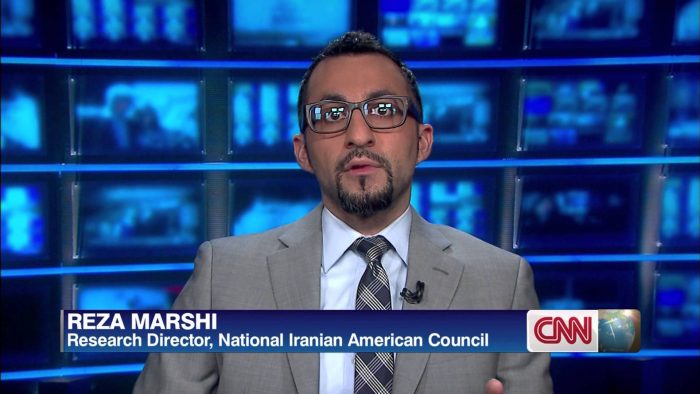 NIAC Tries to Fool the Public on Iran Again

The National Iranian American Council is in overdrive using the proverbial firehouse to blanket websites, blogs and comment forums in the hope that the incoming Trump administration doesn’t undo the past three years of achievements on behalf of the Iranian regime.

It’s latest contribution was a piece appearing on CNN authored by Trita Parsi and Reza Marashi who again attempt to portray the choices facing the new administration in regards to the nuclear agreement reached with Iran as an either or proposition of leaving it alone or ripping it up and risking grave consequences.

It’s a Hobson’s choice that the NIAC has become adept at: Follow our suggestion and everything will be fine, but dare threaten Iran and risk cataclysm.

The 800,000 people killed in the Syrian conflict so far at the hands of the Assad regime, Hezbollah and Iranian fighters would be hard pressed to agree with those choices.

The Iranian regime has established itself clearly as uninterested in peaceful conflict resolution and instead has doubled down and gone all in using military force and violence in an effort to impose its religious will on its neighbors in Syria, Iraq and Yemen.

Parsi and Marashi argue that Trump should take the “political risk necessary to broaden the opening to Iran precisely to avoid replicating recent US policy failures in the Middle East.”

This may be the stupidest statement made yet by Parsi and Marashi.

Why on Earth would Donald Trump want to take a political risk on behalf of Iran, especially as he is already being assailed by the mainstream press and the political elites that turned their noses up at his candidacy (Parsi and Marashi included)?

Parsi and Marashi attempt to force the focus on the survival of the nuclear agreement with Iran when the issue has never been the agreement itself, but rather the behavior of the mullahs in Tehran.

No agreement is worth the paper it’s printed on if one of the participants in the agreement willfully ignores it right from the beginning. The fact that the Obama administration and European Union granted several waivers and exemptions right at the start made the agreement ineffectual and impotent.

During the campaign, Trump correctly focused not on the agreement itself, but the conduct of the mullahs after the agreement was reached. His criticism of the billions of dollars in cash released to Iran and its use in funding conflicts in Syria, Iraq and Yemen demonstrates he looked at the optics correctly, optics that Parsi and Marashi are trying hard to change now with their desperate lobbying campaign.

Parsi and Marashi attempt to frame the discussion around one of Trump’s biggest pledges which was to destroy ISIS and argue that “he cannot walk away or renegotiate the nuclear deal without undermining the coalition against the terror group.”

Unfortunately, Parsi and Marashi never acknowledge that Iranian regime itself is part of the axis of terrorist sponsors with its long-running support for Hezbollah and its sheltering of Al-Qaeda leaders in Iran after the U.S. invasion of Afghanistan drove them out.

They also incorrectly state that the Iran nuclear deal cannot be re-negotiated when in fact any agreement can be re-negotiated; a simple fact that the businessman in Trump knows full well. When you have a rotten deal on the table, it’s the idiot that accepts it as gospel. Trump is no idiot, much as Parsi and Marashi have claimed in the past.

Parsi and Marashi are correct when they characterize Iran as having “substantial latent power – population size and potential for wealth generation,” but miss the most crucial aspect of that power, which is “how will Iran’s leaders choose to apply it?”

Will clerical leaders such as Ali Khamenei and Hassan Rouhani seek to use that potential to improve the lives of ordinary Iranians? Of course not.

Iran’s economy has spiraled downward generating massive protests from small businessmen to school teachers, only to engender a broad and punishing crackdown on dissenters that have filled Iran’s prisons to capacity.

Will the Iranian regime seek to stabilize the Middle East and seek to reduce tensions and conflict? Absolutely not.

Iranian regime deepened the Syrian conflict and broadened it, while bringing Russia into the fight and setting the stage for a return to Cold War confrontations between the U.S. and Russian armed forces. Iran mullahs ignited the Yemen civil war with its clandestine military support for Houthi rebels and plunged Iraq back into sectarian conflict by raising Shiite militias in fighting Sunni insurgents tossed out of the power-sharing government of former president Nouri al-Maliki.

Until Parsi and Marashi actually admit that Iran needs to curb its military adventures and support for insurgency and terrorism in order to advance the prospects for peace, nothing they say or write should be considered legitimate policy discussions and instead simply be viewed as propaganda for the mullahs in Tehran.

The quest for peace begins only when Tehran stops trying to rule its neighbors.