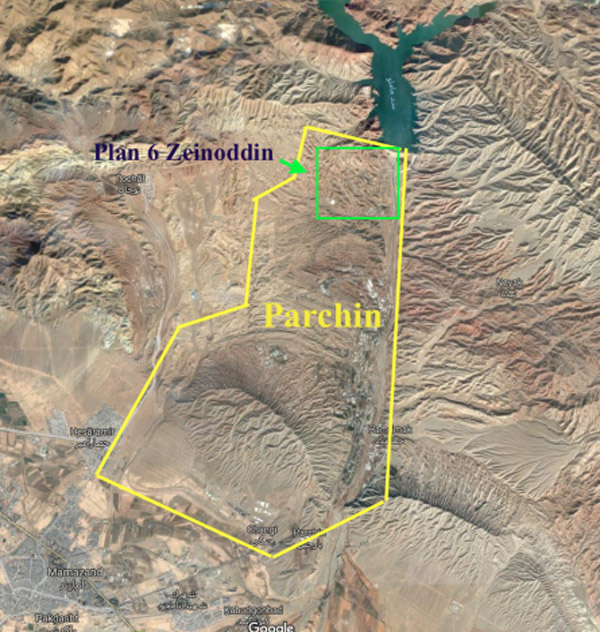 Revelations from an investigation by Politico led to damning disclosures of an Obama administration essentially opening up the prison doors to let loose over a dozen individuals subject to years-long investigations for crimes such as smuggling nuclear components and military hardware to the Iranian regime.

Even worse were reports that the Obama administration squashed wide ranging and complicated investigations into entire networks working on behalf of the Iranian regime.

All of this occurring while the administration, in lock step with the Iran lobby, consistently downplayed the prisoner releases as minor and barely reported the ending of the investigative work.

News of the accommodations for the Iranian regime has helped push even more criticism of the nuclear deal and added fuel to the fire to claims that Iran has spent the time since the agreement was put in place to bolster its military, crackdown on dissent at home and refill coffers depleted by wars in Syria and Yemen.

The criticism of the nuclear reached a crescendo this week and discussions on Iran policy in the Trump administration seem to be focused not on how to keep the nuclear deal alive, but rather how to confront and push back the mullahs in Tehran.

Columnist Benny Avni in the New York Post was one of several commentators to note the change in tone and direction with the new administration.

“American pressure on Iran is about to resume,” Avni said.

“It all but disappeared as President Barack Obama and Secretary of State John Kerry gave away one concession after another in the run-up to the completion of the Joint Comprehensive Plan of Action — the Iran nuclear deal — in 2015. Such pressure never really got going again, since Obama wanted Iran’s cooperation in implementing the deal and then flinched at anything the Iranians might use as a pretext to walk away from the agreement,” he added.

“The United States will work closely with our partners to document and address any actions that violate these resolutions,” Haley said. “We must take a stand against Iran and Hezbollah’s illegal and dangerous behavior.”

The proof against the regime also continues to pour in, this time in the form of reporting from the National Council of Resistance of Iran (NCRI), one of the largest Iranian dissident groups in the world, which unveiled intelligence and satellite imagery in recent days that it says is proof of Iranian actions violating the Joint Comprehensive Plan of Action, or JCPOA. It also alleges that the activity is taking place in areas and facilities that are off limits to regular inspections from the International Atomic Energy Agency.
“These are the very same sources that have been proven accurate in the past. The network of the movement inside Iran, the MEK, was responsible for exposing the Natanz uranium enrichment facility and the Arak heavy water facility back in August of 2002,” said Alireza Jafarzadeh, deputy director of the NCRI’s Washington office.

Jafarzadeh said the specific facility shown in the satellite photos depicts a location specializing in detonators. Much of the secret activity is believed to be going on at Iran’s Parchin facility, a spot that Jafarzadeh said Iran blocked inspectors from for years until finally relenting two years ago. He said it makes sense for Iran to do clandestine work there.

“They thought they closed the chapter on Parchin. Now with this new information and new evidence, there is a renewed call among nuclear experts that the IAEA should be able to go back to this place among other locations that the IAEA has never inspected,” said Jafarzadeh.

The disclosures of the potential weaponization of nuclear materials by Iran is hardly a surprise to anyone closely tracking the regime’s past history, but it certainly reinforces the fresh narrative now coursing through Washington, DC and European capitals.

Rep. Lee Zeldin, one of the two Jewish Republicans in the House, is blasting the Obama administration prisoner swap with Iran as “brutally incompetent” following new disclosures about the troubling backgrounds of the Iranians who were set free.

“Once again we are reminded of how brutally incompetent President Obama’s foreign policy was, especially as it related to Iran,” Zeldin told The Post in a statement.

Zeldin has called for more pushback against all of Iran’s threatening activities.

“We must re-establish our leverage with sanctions and other tools that would force the Iranians to the table in the first place,” Zeldin said.

Most of the debate going on now among key analysts and policymakers is the proposal to extend sanctions to the Iranian Revolutionary Guard Corps which sits at the epicenter of the regime’s financial, economic and military infrastructure.

Ilan Berman, senior vice president of the American Foreign Policy Council in Washington, D.C., argued for President Trump to sanction the IRGC in an editorial in US News and World Report.

“If the legal case for designating the IRGC is airtight, the strategic rationale for such a blacklisting is even more compelling.,” Berman said.

“Most immediately, a ban on the IRGC would prevent a further normalization of international trade with Iran. As a result of its 2015 nuclear deal with the West, the Islamic Republic has reaped enormous economic dividends, with transformative effects on its economy and on the strategic aspirations of its leadership. But blacklisting the IRGC could change all that. The Guards, after all, are nothing short of an economic powerhouse, in control of a sprawling empire of companies and corporate entities within the Islamic Republic. All told, the IRGC is believed to command as much as one-third of Iran’s total economy. And because it does, a designation would send a major warning signal to those international firms and foreign nations beginning to dip their toes back into various sectors of the Iranian market that, by doing so, they could run afoul of U.S. counterterrorism laws, with potentially disastrous monetary and political consequences,” he added.

Ironically, Obama’s decision to go easy on the Iranian regime may eventually end up help speed up the demise of his most cherished foreign policy achievement and kill the Iran nuclear deal.