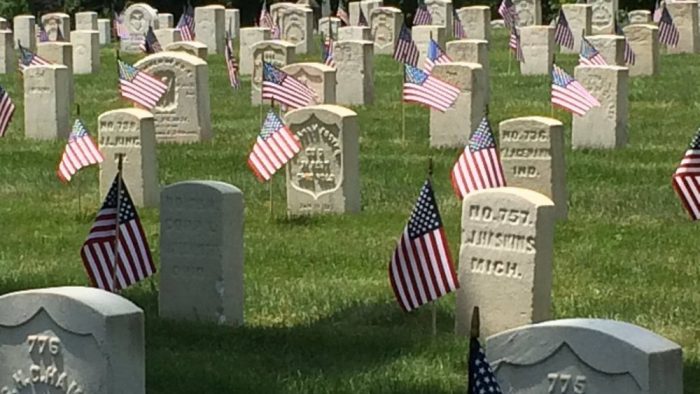 On Memorial Day We Should Honor Everyone Who Died for Freedom

Memorial Day will see families and friends gather for backyard BBQs and hit stores for shopping sprees. In other, more quiet gatherings, people will gather to honor the memory of those who gave their lives for defending freedom in wars and battles at home and abroad.

But Memorial Day should be a day for a broader and more inclusive remembrance of people who fought for freedom. It should also be a time for honoring those who did not wear a uniform, but still paid the ultimate sacrifice on behalf of a better world.

Many of those people are activists and dissidents who have fought for democracy and human rights against authoritarian regimes around the world such as Iran and North Korea. For them, active protests against their government can cause arrest, torture, imprisonment and often execution.

Their sacrifice is an ultimate demonstration of the courage it takes to stand up to tyranny and oppression. For many who make that sacrifice, the bravery shown as they are led to the gallows is no different than soldiers going over a hill to attack an enemy position or brave fire to save fellow soldiers or civilians.

Across America, we observe Memorial Day legacies from the recent past in recognizing soldiers, sailors, airman and Marines who have fought and died in the global war on terror in places such as Afghanistan, Iraq, Somalia, Syria and other remote locations.

We should also recognize the sacrifices made by those who have acted on similar instincts in their own way.

In places such as Iran, the Iranian regime has been ruthless and relentless in seeking out and punishing dissidents severely. The regime has a long history of murder and massacres as a tool of statecraft, going back to the mass slaughter of 30,000 Iranian dissidents back in the ‘80s and the continued arrest and execution of dissidents to this day.

In the prior decades of the Islamic state, dissidents were primarily political and often came from opposition and resistance parties and groups such as the People’s Mujahedin Organization of Iran (PMOI) and the Mujaedin-e Khalq Organization (MEK).

Now the range of dissident in Iran is as broad as the entire population itself. It has grown to include students who oppose restrictions on their education, small business owners upset with a struggling economy, women resisting moral codes that require hijabs or handcuff their ability to choose careers or even a husband, or even artists and bloggers who are imprisoned for expressing themselves or critiquing the mullahs.

The list of people executed by Iran and regimes such as Syria and North Korea is long and bloody. It is the hallmark of these regimes that wanton murder is a preferred method of eliminating opponents.

In the case of the Assad regime in Syria, using the full power of the military to drop chemical weapons and barrel bombs to wipe out entire villages or eliminate families or ethnic groups on a wholesale basis. There could be no better Memorial Day remembrance than to observe the sacrifices made by the Syrian to protest and oppose the Assad regime in the first place that sparked the civil war there.

In most of their cases though, as in the case of dissidents in Iran, there will be no parades, no festivals, no special sales at the malls and no documentaries or TV specials. For most of them, the memory of their sacrifice lives on in their families and in the dissident organizations that keep up the fight such as the National Council of Resistance of Iran.

Now we see many of these activists and dissidents fight back in their own ways, many staging hunger strikes to bring international attention to their plight while international groups stage demonstrations and protests around the world and keep their visibility up through social media campaigns.

On this Memorial Day, it would be fitting if we took a moment to recognize their sacrifices as being no less meaningful than the soldier on the battlefield and for their sacrifice, we should all be grateful.