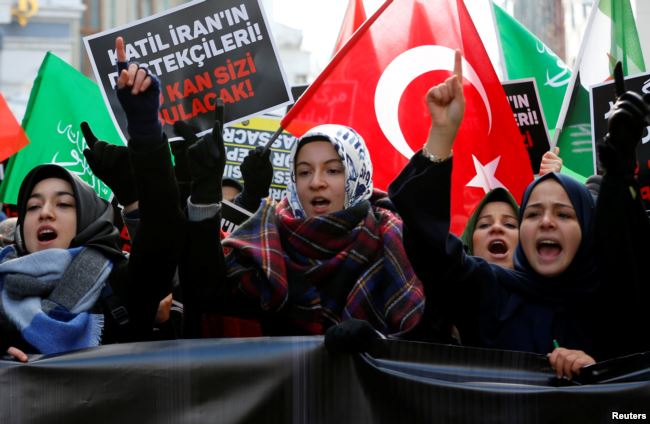 In some ways, the Trump administration may be as vexing to the mullahs in Tehran as the first British explorers glimpsing hieroglyphics in an Egyptian pyramid before discovering the Rosetta Stone.

In that regard, the mullahs are grappling with the same problem mystifying many journalists and members of both parties as they deal with a president who is undoubtedly one of the most unfiltered politicians since Winston Churchill.

For the mullahs, they have become accustomed to a string of U.S. leaders that have tried to engage the regime in the predictable language of diplomacy and through existing international structures such as the United Nations. Sometimes it has not worked to their advantage such as when Presidents Bill Clinton and George W. Bush imposed sanctions on the regime.

Other times it has as President Barack Obama sought to try and appease the mullahs in an effort to secure a nuclear agreement.

What has been clear from the start is that since the days of the Islamic revolution in 1979, the ruling clerics have operated by using a language of threats, coercion, bullying and invective and it has not changed since then.

For the Iranian regime, using bullying to make a splash in international media is akin to North Korea launching a missile or setting off a nuclear bomb test.

The latest example was at the conclusion of a new round of war games put on by the Revolutionary Guard Corps in which an IRGC commander said the U.S. should expect a “strong slap in the face” if it underestimated the regime’s military capabilities.

“The enemy should not be mistaken in its assessments, and it will receive a strong slap in the face if it does make such a mistake,” said General Mohammad Pakpour, head of the Guards’ ground forces, quoted by the Guards’ website Sepahnews.

On Wednesday, the Revolutionary Guards concluded three days of exercises with rockets, artillery, tanks and helicopters, weeks after Trump warned that he had put Tehran “on notice” over the missile launch.

“The message of these exercises … for world arrogance is not to do anything stupid,” said Pakpour, quoted by the semi-official news agency Tasnim.

“Everyone could see today what power we have on the ground.” The Guards said they test-fired “advanced rockets” and used drones in the three-day exercises which were held in central and eastern Iran, according to Reuters.

But the Iranian regime didn’t just take verbal potshots at the U.S., it also has been ratcheting tensions with its neighbor Turkey as it takes on a more important relationship with Russia and secured a seat at the table of Syrian peace talks; clearly a move that the mullahs seem to be threatened by.

“Iran is an important neighbor to us. We have always been in dialogue with Iran. But it does not mean we will ignore Iran’s efforts in penetrating the region,” said Turkish presidential spokesman Ibrahim Kalin in the latest thinly veiled threat between the countries during his weekly news conference.

Kalin was responding to comments by Ali Akbar Velayati, a key adviser to Iranian Supreme Leader Ayatollah Ali Khamenei, who told Turkish soldiers to leave Iraq and Syria, or the people would “kick them out.”

“They are very serious, I mean the competition between Iran and Turkey, everyone knows it, it’s like two elephants in a small room,” warns political consultant Atilla Yesilada of Global Source Partners. “Iran is clearly an expansionist country, their goal of building a Shia circle all the way from Tehran to Lebanon is no secret, at least from the Turkish perspective.”

The escalation in tensions and verbal fisticuffs with Turkey is nothing new for the Iranian regime as it has already threatened its other Sunni-dominant neighbors in Saudi Arabia and Gulf States. Its supply of Houthi rebels in Yemen has sparked a civil war that threatens to plunge the Persian Gulf region deeper into a shooting war.

The Iranian regime’s willingness to use military force to back up its verbal threats has not been lost on its nervous neighbors and explains why there is movement for a regional coalition aligned against Iran’s expansionism.

Turkish president Recep Tayyip Erdogan has been turning to other Sunni countries in the region for support. This month, he visited Saudi Arabia and the Gulf States for talks observers say focused on curtailing Iran’s influence. Analysts suggest Ankara’s assertive stance could be influenced by U.S. President Donald Trump.

“With Trump, flexing his muscles against Tehran, Ankara may have sensed an opportunity to bring this antagonism into the open and to finally resolve this longstanding low level conflict in Syria and Iraq space,” suggests consultant Yesilada.

None of which has stopped the Iranian regime from pushing aggressively on all fronts including news reports that the regime has started up a series of cyberattacks against Saudi Arabia after a four year hiatus.

Late last month, the Saudi government warned in a notice to telecommunications companies that an Iranian-origin malicious software called Shamoon had resurfaced in cyberattacks against some 15 Saudi organizations, including government networks, according to the Washington Free Beacon.

The Shamoon malware was last detected in the 2012 cyberattack against the major Saudi state oil producer Aramco. That cyberattack damaged or destroyed some 30,000 computers and was considered one of the more destructive state-linked cyberattacks to date.

A State Department security report issued Feb. 10 stated that the 2012 attack destroyed over three-fourths of Aramco’s computers, and that the damage took five months to mitigate at “an extreme cost.”

A new version of the malware, Shamoon 2, was linked to the recent cyberattack, which took place in November. Security officials linked that attack to a Middle East hacker group known as Greenbug that used fraudulent emails in phishing scams to acquire login credentials for Saudi networks.

The Iranian regime is clearly speaking the same language it has always used and it’s time for the rest of the world respond in kind.