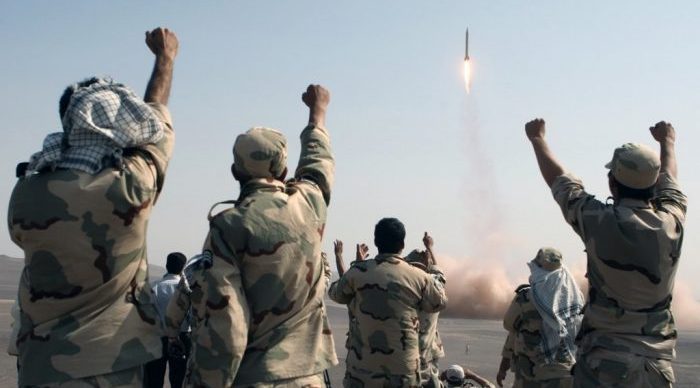 The Iranian regime has over 1,600 people registered as candidates for next month’s presidential election, but like all previous elections in the mullah’s regime, the outcome is predetermined and not a single moderate or dissident will end up on the final ballot.

The logjam of registered candidates is typical of a system that offers the false veneer of inclusive democracy when it in fact is anything but. It’s emblematic of the root problems within the Iranian regime and why any idea of appeasement or rapprochement is just plain fantasy.

The Associated Press provided a nuts and bolts overview of the election process in Iran.

Under Iranian law, there’s no fee for registering. Hopefuls only must swear allegiance to Iran’s government and be Shiite Muslims. That gives gadflies and publicity seekers the chance to smile and wave to gathered journalists. It’s still a lot of candidates, though. The last similar turnout was Iran’s 2005 election, which saw more than 1,000 register, according to the AP.

All the candidates will be vetted by the Guardian Council, a 12-member panel half selected by the top mullah Ali Khamenei and half nominated by the judiciary and approved by parliament. The council controls elections and must approve all laws passed by parliament. It has never allowed a woman to run for president and routinely rejects candidates calling for dramatic reform. The panel also declared Ahmadinejad won the 2009 election despite widespread fraud allegations.

And who sits at the top of this pyramid? Khamenei of course. The supreme leader also serves as the country’s commander in chief over its military and the powerful Revolutionary Guard, a paramilitary force involved in the wars in Iraq and Syria that also has vast economic holdings across Iran. An 88-member elected clerical panel called the Assembly of Experts appoints the supreme leader and can remove one as well, although that’s never going to happen.

Iran does not allow international observers to monitor its elections. Security forces answering only to the supreme leader also routinely arrest dual nationals and foreigners, using them as pawns in international negotiations, according to AP.

All of which brings us back to the central point people need to remember as these elections unfold, which is that there is no democracy in Iran. The Iranian people have very little choice and fewer real options and nothing happens without Khamenei’s direct approval.

Iran’s election system puts to a lie the arguments long made by Iran lobby members such as the National Iranian American Council which has consistently argued the fiction that real factions and splits occur between “moderate” and “hardline” elements there; when in fact the differences in Iran’s political and religious elite is basically comprised of fights over who’s snout can dig deepest into the trough of ill-gotten gains. The fact is that Iran’s government consistently ranks as one of the most corrupt on the planet and no matter who’s sit on president’s seat, the regime has continued to be the number of executor of its people per capita and the number one state sponsor of terrorism in the world.

The fact that the Iranian people’s top choices right now are its current president, Hassan Rouhani, who promised many reforms including a liberalization of the economy and more economic benefits to the people—all of which has actually gotten worse—and former president Mahmoud Ahmadinejad who was widely reviled during his tenure.

The other choice being Ebrahim Raisi, custodian of Iran’s wealthiest charity, Astan Quds Razavi in Iran’s holiest shrine of Imam Reza in Mashhad, northeastern Iran, who was also tied to massacres of 30,000 Iranian dissidents in the 1988.

These are not great choices for the Iranian people, nor do they spell any kind of relaxation in the regime’s often barbaric policies in terms of human rights abuses and more foreign policy misadventures.

That is because the regime mandates fealty to the principle of obedience to Supreme Guardianship (Velayat-e faqih), meaning, the rule of the ayatollahs. It would be akin to eliminating all political parties in the U.S. and forcing every candidate to swear allegiance to one ruler who can never to drummed out of office.

In many ways the election of a president means relatively little since the real power resides within Khamenei and the position of supreme leader, which is why no matter who gets elected on May 19th, how to deal with Iran, especially its military is the real concern for Iran’s neighbors and the U.S.

Mohammad Amin, an analyst in Iranian affairs and fellow at the Paris-based Middle East Research Foundation, examined the wide-ranging reach of the Iranian Revolutionary Guard Corps and how confronting it is the biggest challenge facing the West.

“The IRGC, the Leviathan of Terror, which has the financial and military resources that exceed the wildest dreams of ISIS, now lurks in the Middle East. Its tentacles extend well beyond the geographical borders of Iran. While ISIS claimed parts of Syria and northern Iraq, the IRGC’s Shiite militias have an extensive presence in almost every country in the region,” he writes in the Daily Caller.

The main Iranian opposition the National Council of Resistance of Iran (NCRI) has revealed a list of 31,690 Iraqi mercenaries of the IRGC, all of whom receive their salaries from Iran.

Last year, U.S. military officials said that as many as 100,000 Iranian-backed Shiite militia are now fighting on the ground in Iraq, “raising concerns that should the Islamic State be defeated, it may only be replaced by another anti-American force that fuels further sectarian violence in the region,” he added.

Amin adds that an essential first step in the direction of controlling the IRGC is for the Trump administration designating the IRGC as a Foreign Terrorist Organization (FTO). Failure to adopt this critical measure will only serve to embolden the regime while the region and the wider world continue to grapple with the menace of religious extremist and terrorism.

For any chance of democracy in Iran, the West needs to support Iranian opposition groups such as the NCRI and cut off the financial support the regime receives from the IRGC. That is surest pathway to eventual freedom for the Iranian people.