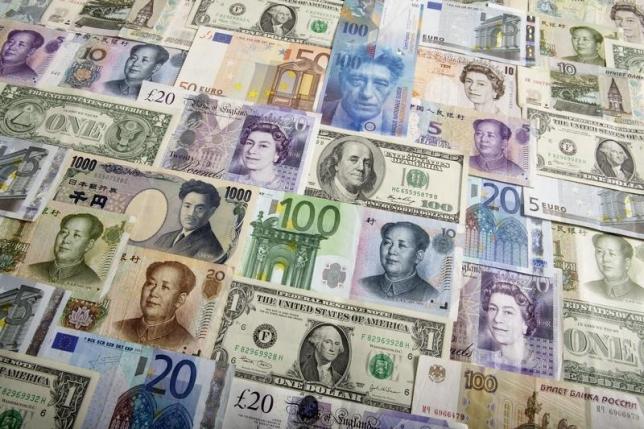 The American dollar is the world standard for global currencies. Its fluctuations set the pricing in currency markets, allows companies and governments to transact business around the world and provide certainty in holding reserves and assets in turbulent times.

The role of U.S. currency is so integral to conducting business, the Iranian regime’s removal from the global banking system and access to U.S. dollars crippled its export economy and was one of the most significant drivers in forcing the mullahs back to the negotiating table after putting enormous pressure on their finances.

The nuclear agreement with the Iranian regime reached last year provided for an easing of sanctions including allowing the regime access to previously frozen assets, but the agreement did not affect certain restrictions that remained in place keeping Iran out of U.S. currency markets for non-nuclear sanctions such as support and sponsorship of terrorism.

This has proven to be somewhat of an Achilles heel for the mullahs since not having complete and unfettered access to U.S. dollars hampers its ability to conduct international exports such as exchanging euros for dollars for taking advantage of currency floats to earn additional money from the estimated $100 billion in assets it now has access to in overseas accounts.

Relaxation of those restrictions would also greatly ease the ability of family members of the ruling mullahs and members of the Revolutionary Guard Corps to move the illicit funds they have squirrelled away over the past decade in engaging in black market petroleum sales and transfers of weapons and other banned technologies to enrich themselves.

This has become such a thorny issue for the regime that virtually all of its leaders, including Ali Khamenei, Hassan Rouhani and Javad Zarif, have denounced the U.S. for not fully lifting access and threatened to walk away from the nuclear agreement as a result. To say their complaints carry a hint of desperation would be understatement.

The Iran lobby has followed similarly in calling for a complete lifting of all sanctions and warning of a collapse of the agreement that could threaten the region with more disorder, which any rational person would find hard to believe when you look at Syria, Yemen, Libya and Iraq.

The Obama administration has typically floated some trial balloons to give the regime access to U.S. currency through loopholes creating offshore clearing houses not tied to the U.S. banking system that foreign banks could access to exchange dollars.

The reaction from Congress has been unified and uniformly negative to the idea. A senior State Department official reassured concerned lawmakers on Tuesday that the Obama administration is not planning to allow Iran access to the U.S. financial system or use of the U.S. dollar for transactions.

“The rumors and news that have appeared in the press … are not true,” Under Secretary of State for Political Affairs Thomas Shannon told the Senate Foreign Relations Committee.

U.S. lawmakers have expressed deep concern about recent reports that the administration might let Iran use the dollar in some business transactions.

That concern was reinforced in an editorial by Rep. Ed Royce (R-CA), the chairman of the House Foreign Affairs Committee, in the Washington Post.

“Iran has yet to see the economic growth it wants from President Obama’s nuclear deal, and it’s demanding additional concessions — above and beyond the agreement — in return for nothing. Specifically, Ayatollah Ali Khamenei wants the United States to end sanctions aimed at curbing Iran’s funding for terrorism and illicit weapons so Iran can gain access to the U.S. financial system, where the majority of international business is conducted,” Royce said.

“This is an alarming departure from the Obama administration’s position just months ago. Indeed, when selling the nuclear deal to the American people last year, the administration repeatedly stressed to Congress that key terrorism, missile and human rights sanctions against Iran would continue to be vigorously enforced,” he added.

“Iran has seen what Obama will do to preserve his nuclear deal, and it’s taking full advantage. The United States cannot cave again. Congress should make clear that until the Iranian regime drops its illicit missile program and funding of terrorism, it won’t receive another dime of sanctions relief,” Royce said.

Royce is correct in pointing out how the world has gotten virtually nothing in return for the nuclear agreement after one year with Iran engaging in a broad range of militant and aggressive moves both home and abroad. The sheer number of provocative acts has dismayed supporters of the regime and put them on the defensive in trying to explain away everything from missile launches to mass executions to interception of illegal weapons shipments.

For Iran lobby supporters such as the National Iranian American Council and media boosters such as Jim Lobe of Lobelog, their task has been to focus on the idea that the U.S. is failing the nuclear agreement and not the other way around.

Lobe attempted to use results from public opinion polls done in Iran to show how the Iranian people were growing more distrustful of the U.S.

“Confidence that the U.S. will abide by the deal has also slipped—from 45% in a September survey by the Gallup organizations to 29%, according to CISSM. Although 41% of respondents said in September that they were either ‘not very’ or ‘not at all’ confident about Washington’s compliance, the new poll found that figure had risen to 66%. The pollsters did not probe the reasons for the increase in skepticism, although it may relate either to the continuing imposition of sanctions as well as coverage of the election campaign here,” Lobe writes.

His reasoning is as silly as the mullahs blaming the U.S. for the threat of new sanctions for launching illegal ballistic missiles.

The Iranian people live in a society under harsh control by the mullahs where online activities are tracked and they are subjected to withering amounts of anti-American propaganda on a daily basis.

Is it any wonder they feel negative upon seeing no improvement in their lives one year after the deal as Rouhani has promised to keep unfrozen assets overseas to help purchase new weapons and Khamenei has vowed to maintain a “resistance economy?”

These are not the acts of a regime interested in improving the lives of the Iranian people and we should not be swayed their continued propaganda.