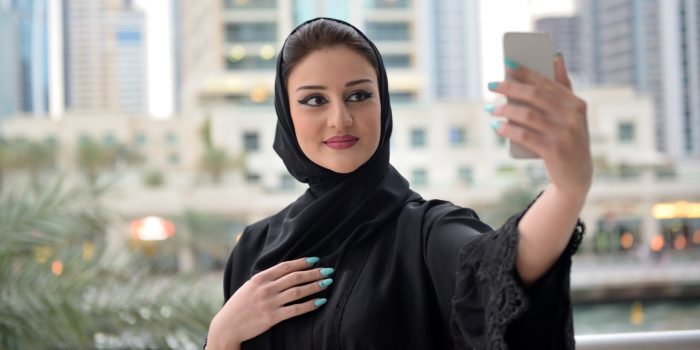 Pressure on Iran Shows Cracks in the Regime

It is a basic principle of physics that if you heat a liquid in a confined space, it will build up pressure until the container explodes unless the material is strong enough to withstand the pressure.

In the case of the leadership of the Iranian regime, the cracks are beginning to show as they struggle to absorb the implications of a Trump presidency and a newly energized Congress determined to demonstrate to the American voter that it can get tough on a militant regime in Iran.

One clear sign of Donald Trump’s attitude towards foreign policy and national security is his emerging Cabinet selections, in which he has assembled a large number of fierce opponents to the Iranian nuclear agreement.

As Adam Kredo outlines in the Washington Free Beacon, the selections include retired Marine Gen. James Mattis as secretary of defense, Rep. Mike Pompeo (R., Kan.) as CIA director, and retired Army Lt. Gen. Michael Flynn as national security adviser, picks that have won plaudits for their vocal opposition to the nuclear deal.

“It’s no secret that Flynn considers Iran to be the linchpin of a global alliance of hostile rivals” said one source familiar with the backroom talks about future national security picks. “He was in the Middle East during the Iraq war and knows first-hand how Iranian proxies killed hundreds of American troops, and he has seen the intelligence showing that they’ve targeted Americans around the world.”

Other recent national security picks include KT McFarland, a longtime national security analyst and commentator who has vocally criticized Iranian regime and the nuclear deal, and Yleem Poblete, who served for nearly two decades as a senior staffer for the House Committee on Foreign Affairs.

A senior congressional aide familiar with Poblete’s work on key national security matters told the Washington Free Beacon that Trump’s picks would not back down from a showdown with Iran as it continues to fund terrorism across the Middle East.

Poblete played a key role in crafting sanctions against the Iranian regime and was the senior staffer on the Foreign Affairs Committee when they were initially signed into law.

For the mullahs in Tehran, the assembling team must be a nightmare for their future plans on counting on American appeasement. More importantly, the pressure seems to be getting to them as Iran has issued some pretty bizarre statements and actions over the past few days.

One incident involved the arrest of 12 people in the fashion industry in Iran who were jailed for “spreading prostitution” via images posted online.

The eight women and four men were handed sentences of between five months and six years by a court in Shiraz, a lawyer told the Ilna news agency.

They were also banned from working in fashion and travelling abroad for two years afterwards, Mahmoud Taravat said.

The 12 were convicted of charges including spreading prostitution and promoting corruption via the publication of obscene images online, inciting Muslims to corrupt themselves through putting on fashion shows, and spreading a “Western-style culture of nudity.”

The crackdown follows a similar crackdown earlier this year when in May, the prosecutor of Tehran’s cybercrimes court announced the arrest of eight people involved in posting photographs of women without headscarves on social media. Iranian law requires that all women cover their hair in public.

But that wasn’t the only episode of growing paranoia within the regime leadership. Al-Monitor also reported that even Iranian children born to foreign fathers are even under suspicion by the regime.

Based on Iran’s civil code, the marriage of an Iranian woman to a foreign national is dependent upon special permission from the Foreign Ministry. In practice, this means that Iranian women need to get permission to marry non-Iranian Muslims. Iran’s civil code forbids Muslim women from marrying non-Muslim men. An estimated 70,000 marriages between Iranian women and Afghan men are not registered with the National Organization for Civil Registration. Meanwhile, Iran’s Interior Ministry has declared all marriages between Iranian women and Afghan men that took place after 2001 invalid.

In contrast, Iranian men may marry Muslim or non-Muslim women and Iranian or non-Iranian women without obtaining permission from the Foreign Ministry. Under Iranian law, children born to an Iranian father — whether residing in Iran or abroad — are considered Iranian. Meanwhile, children born to Iranian mothers are not granted automatic citizenship rights, creating a complicated situation for Iranian women who marry non-Iranian citizens.

The contradiction is yet another example of the misogynistic attitude of the regime’s leaders and ongoing harsh treatment of women under the regime’s religious rule. Since there is no religious basis for this different treatment of men and women, it is clear the regime’s legal provisions stem from old fashioned sexism and the devaluing of Iranian women and their children by the mullahs.

In many ways, these antiquated laws are reminiscent of racial laws that prohibited mixed race marriages or considered children of mixed races to be less than human; an apt comparison considering the Iranian regime’s eagerness to apply to death penalty broadly.

On a more practical level, the Iranian regime’s continued denial of the legal status of dual national Iranians has brought visits from abroad to a grinding halt as members of the Iranian diaspora rethink visits back to Iran in light of arrests and imprisonment of Iranians with citizenship from countries such as the U.S., Canada and the U.K.

The Los Angeles Times examined the growing fears among the largest Persian community outside of Iran in Los Angeles.

His prison sentence came a week after Iranian American businessman Siamak Namazi, who was living in Dubai before his arrest, and his ailing father, Baquer Namazi, were sentenced to 10 years in prison each on similarly vague charges of spying for the United States, according to a report by Mizan, the Iranian judiciary’s news service.

It is noteworthy that groups ostensibly working on behalf of Iranian-Americans, such as the National Iranian American Council, has remained largely silent as the practice of dual-nationals continues.

In August, the State Department updated its travel warning, advising that “Iranian authorities continue to unjustly detain and imprison U.S. citizens, particularly Iranian Americans, including students, journalists, business travelers, and academics on charges including espionage and posing a threat to national security.”

Ultimately, the pressure on the mullahs may cause them to take even more aggressive actions and the world will need to be prepared for it.