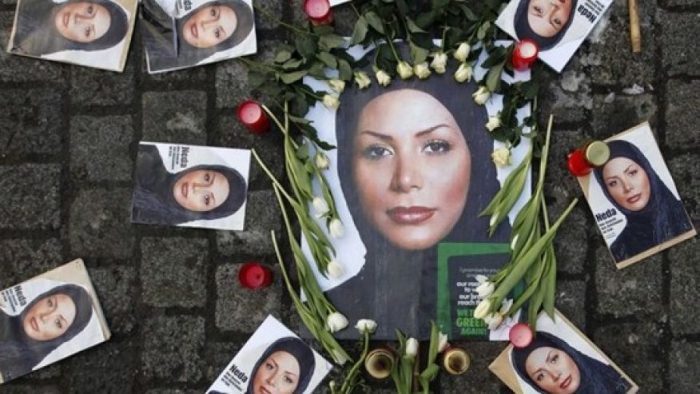 Protesting in Iran Comes in All Shapes and Sizes

Protesting in Iran is a dangerous activity on the best of days. It can earn a quick arrest, imprisonment, brutal treatment and even a walk to the gallows. On the worst of days, protest is met with the iron fist of the religious theocracy the mullahs have created to maintain a tight grip on their power.

The history of protesting in Iran is a mixed bag at best with “legal” protests and demonstrations orchestrated by the Iranian regime typically reinforcing themes the mullahs want to see perpetuated such as the regular “Death to America” chants and rallies dedicated to key milestones in the Islamic state’s history.

The regime works tirelessly to keep a tight lid not only on protests but also any means of distributing news about them to the outside world. This means cutting Iranians off from popular social media apps such as Facebook, Twitter and Snapchat, while also working to crack the encryption of secure messaging platforms such as the popular Telegram and WhatsApp programs.

In 2009, following the disputed re-election of Mahmoud Ahmadinejad, Iran was rocked with massive demonstrations as Iranians protested the election results and relied on social media to organize and stream pictures, videos and first-hand accounts of what was happening on the streets of Tehran to the outside world.

It wasn’t pretty for the mullahs as their violent crackdowns earned worldwide condemnation and pushed them to the brink of collapse. The demonstrations were violently suppressed by the mullahs and their Islamic Revolutionary Guards Corps (IRGC).

The 2009 protests were only the most visible the world had seen because of social media.

Other notable protests in Iran included the less widely known July 1999 student protests where students at Tehran University had occupied buildings protesting the banning of a popular newspaper associated with reform movements.

Large riots spread with police and vigilante mobs swooping in to beat and detain protesting students. At least five of them were killed in the melees and no one was ever convicted of the killings.

This month has seen the hashtag #18Tir make appearances on Twitter in a show of solidarity of the protests. Reports indicate that the hashtag has appeared over 9,000 over a two-day period; paltry in terms of popular trending Twitter topics such as #fakenews, but for Iran, a monumental step forward since anyone identified with prohibited protest activities risked getting tossed into prison.

Beside mass protests, Iranian women have relied on more subtle methods of displaying their disobedience to the rule of the mullahs. Obligatory wearing of the hijab has been an integral policy of the Iranian regime, since the 1979 revolution but it is one the establishment has had a great deal of difficulty enforcing.

Clashes between Iranian women and regime morality police increase steeply during Iran’s notoriously hot summer months, but according to the Guardian, even though the police regularly stop these drivers, fining them or even temporarily seizing their vehicle, such acts of resistance have continued, infuriating hardliners over a long-standing policy they have had a great deal of difficulty enforcing.

The mere act of defiance by these women is astonishing considering they often run afoul of being arrested or having their vehicles confiscated and underscores the power the Iranian people possess to affect change if they choose to flex their collective muscle.

Another subtle form of protest is being mounted as well as Iranian women don white headscarves on Wednesdays and post selfies with the hashtag of #WhiteWednesdays in a symbolic protest of the regime’s strict dress codes.

While these protests are a far cry from the massive protests of 2009, they reflect a deepening and ongoing divide within Iran between the mullah-controlled government and ordinary Iranians. This past presidential election was preceded by a series of protests that escaped media scrutiny because of the clampdown by the regime.

These included an embarrassing scene in which president Hassan Rouhani was loudly booed by miners following a disaster, while other protests flared up throughout Iran over stagnant wages and a faltering economy that was mismanaged and not delivering improvements to the quality of life for Iranians.

Most distressing to the mullahs must be the strong comeback Iranian dissident groups have made recently with posters, banners and signs bearing messages and images exhorting the Iranian resistance movement and leaders such as Mrs. Maryam Rajavi of the National Council of Resistance of Iran appearing throughout Tehran during the election.

The mullahs have made it a crime to even be associated with these dissidents groups, so the act of putting up a banner in support of them is not only a huge risk, it is an emphatic statement that protest is alive and well inside Iran.

Even Iran’s neighbors have taken to protest the Iranian regime, including Afghanistan which stage huge rallies aimed at blasting Rouhani over statements he made criticizing planned water projects in Afghanistan.

We can only hope that these signs of discontent and protest will only be fueled in the future and finally lead to a peaceful transition to a secular, democratic government.