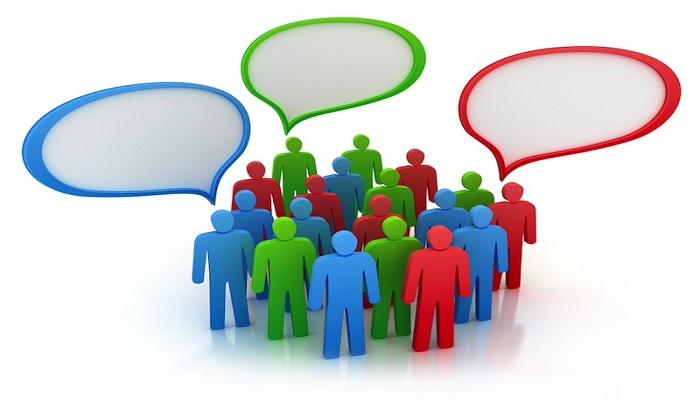 As news media begin to digest the 159 pages of the proposed nuclear agreement between the Iran regime and the P5+1 group of nations, a consensus is beginning to form on many editorial pages and within the public consciousness that the deal may indeed be a bad one.

The remarkable thing about social media, Google searches and blogs is that every citizen has the ability to read the same documents, examine the same talking points and debate the same conclusions as the diplomats who sat at the bargaining table over the past three years and what they are finding is beginning to disturb them.

The latest national survey from the Pew Research Center conducted from July 14-20, found more Americans disapprove than approve of the deal. Among the findings, of the 79 percent of Americans who have heard about the deal, just 38 percent approve, while 48 percent disapprove of it with only 14 percent offering no opinion.

Unsurprisingly, among those familiar with the agreement, 35 percent had not too much confidence and 38 percent had no confidence that Iran’s mullahs would uphold their side of the bargain for a whopping 73 percent of Americans not trusting the regime to keep its word.

That kind of decisive margin ranks up there with beliefs about death and taxes and is problematic for supporters of the deal, including regime lobbyists such as the National Iranian American Council.

Also a majority of Americans (54 percent) do not have much or any confidence in the ability of international monitors to keep track of Iran’s compliance or of any cheating by the regime.

The split along partisan lines was even deeper, but in a troubling sign for regime supporters, the margin of support amongst conservative or moderate Democrats was considerably narrower at 48 percent approve and 33 percent disapprove; combined with the overwhelming Republican and independent disapproval and it adds up for a bad demographic mix for House and Senate Democrats weighing whether or not to back the deal.

In another blow to claims being made by Trita Parsi, Reza Marashi and Tyler Cullis of the NIAC, 42 percent of Americans expect little change in U.S.-Iran relations as a result of the deal and another 28 percent expect relations to actually worsen. Americans don’t buy what the NIAC has been trying to sell about this deal being “transformational.”

Strikingly, how the deal is described to Americans was found to be an important factor in how they perceived and rated the deal as the Pew survey and a Washington Post/ABC News survey done at the same time reflected differing results, largely because of how the deal was described in the first place, which means as debate heats up in Congress, precise language will have a significant impact.

But in more troubling signs for Iran regime supporters, even Secretary of State John Kerry weighed in on statements from regime leader Ali Khamenei “vowing to defy American policies in the region,” commenting he found those remarks “very disturbing” and “very troubling.”

Jennifer Rubin in the Washington Post’s Right Turn blog goes on to detail flaws coming to light now that the deal is being dissected including warnings from Olli Heinonen, the former deputy director general of the International Atomic Energy Agency that the proposed 24-day inspection delay is a recipe for cheating.

She also writes that translations of statements made by regime foreign minister Javad Zarif from inside Iran trumpeted the regime’s win in denying access to any of its military facilities to outside inspection, in direct contradiction to what supporters of the deal have promised.

Rubin also cites Max Boot’s editorial in which he details the similar nature of the Iran deal with the one negotiated with North Korea that eventually was evaded easily by the rogue nation, allowing it to construct a nuclear arsenal and ballistic missile capability that now threatens South Korea, Japan, Canada and the western United States.

“The larger problem is that, like North Korea, Iran is a big country: If the government wants to hide something, it will likely succeed. Compliance depends on voluntary cooperation. Perhaps Iran will cooperate, but so far, it has not come clean with the IAEA about 12 existing ‘areas of concern’ regarding the ‘possible military dimensions’ of its nuclear program,” Boots writes.

“That is not a good sign. It suggests that Iran, like North Korea (or, for that matter, Iraq during the 1990s), is likely to play a game of cat-and-mouse with inspectors — and that if it does cheat, as North Korea did, the world will again discover it is too late to do anything about it,” he added.

Also, the Obama administration found itself on the defensive after letting the United Nations Security Council vote on the deal even before submitting it to Congress for approval, angering many members of the president’s own party, including Rep. Elliot Engel (D-NY), the top Democrat of the House Foreign Affairs Committee who joined the Republican chair, Ed Royce (R-CA) expressing “disappointment” in the move.

All of which augers a difficult two months for regime supporters who need to keep 13 Democratic Senators from supporting a certain veto override by the president. Most head counts have shown anywhere from 12-14 Democrats expressing dissatisfaction with aspects of the deal which means the race will come down to the wire just as the presidential campaign heats up.