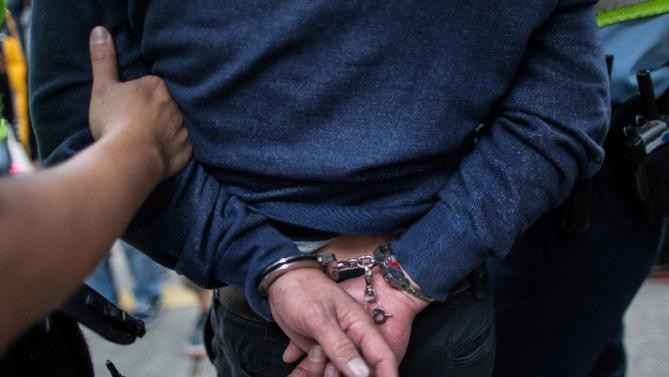 “The Government of Iran should not silence critical or dissenting voices under the guise of vague and unsubstantiated national security concerns,” Ahmed Shaheed, Special Rapporteur on the situation of human rights in Iran, said in a news release.

Shaheed, along with other UN human rights experts, called on the Iran regime to halt a new wave of intimidation aimed at journalists in the wake of the recently agreed to nuclear deal that proponents such as the National Iranian American Council claimed would usher in a new period of moderation by the Islamic state.

The Iran regime has one of the highest numbers of journalists and activists in detention in the world. According to figures released by the UN, from April 2015, at least 45 were being held for their peaceful activities. On November 2nd, five journalists were arrested by plainclothes members of the Revolutionary Guard and accused of taking part in an infiltration network and seeking to undermine Iran on behalf of Western governments.

“Freedom of expression is central to guarantee open, free and fair political processes,” David Kaye, the Special Rapporteur on the right to freedom of opinion and expression, echoed in a similar vein, underscoring that “democratic processes are unsustainable if media workers and activists have no safety to perform their vital role.”

Both human rights experts further warned that arrests and prosecution of journalists not only affect their free operation in the country, but also make public participation in any electoral process impossible. However, this concern had been raised before the last elections in Iran said the human rights experts.

The sudden crackdown on journalists follows the incarceration of Iranian-Americans such as Washington Post reporter Jason Rezaian, and a broad range of aggressive moves by the regime in Syria, Yemen and domestically as it seeks to assert its perceived position of strength following the nuclear deal.

But underlying all of these recent moves is the growing belief that in advance of parliamentary elections scheduled next year in Iran, the mullahs are contending with rising discontent and a widely held expectation by the Iranian people that the nuclear deal will open up the regime to foreign investment, trade, travel and culture.

For the mullahs, the prospect of a more open and inclusive Iran fueled by foreign companies, corporate brands and their marketing campaigns aimed at Iran’s young people frankly terrifies them.

To that end, the mullahs – at the behest and blessing of top mullah Ali Khamenei – have given the Revolutionary Guard free rein to arrest dissidents and journalists, launch a major new offensive in Syria and acquire and develop new military hardware as fast as possible.

Conveniently enough for the mullahs, all of this comes fueled by a level of anti-American rhetoric reminiscent of the early days of the Islamic revolution in 1979 as the mullahs seek to reignite hatred for the U.S. at a time when most Iranians would rather buy an iPhone and get on Facebook.

According to Helle Dale of the Heritage Foundation writing in the Daily Signal; the “targeting of the United States is connected with a new crack-down on the media. Independent journalism is as dangerous an occupation in Iran as it ever was.”

As “reported” by the revolutionary guard “news agencies” Tasnim and Fars, the journalists were charged with being “members of an illegal network linked with the governments of the US and Britain who were active in Iranian media.”

The fact that the Revolutionary Guard has been in the forefront of this crackdown as the chosen instrument of force employed by Khamenei has led many in Congress to renew a push to have the infamous group labeled as a “foreign terrorist organization” (FTO).

Legislation has been introduced in the House by Rep. Michael McCaul (R-Texas), and in the Senate by Sen. Ted Cruz (R-Texas), calling on the secretary of state to designate the IRGC as an FTO under U.S. law – or provide the legal justification for not doing so.

The IRGC is also heavily engaged in the Iranian economy, including the banking, construction and energy sectors, and Iran experts say it stands to benefit significantly from the unfreezing of assets and ongoing easing of sanctions under the nuclear agreement reached with Iran last summer.

The depth of the IRGC’s involvement in the death of Americans was outlined in a report released by the U.S. Central Command which cited the regime’s responsibility in the deaths of nearly 200 U.S. soldiers, comprising 14 percent of U.S. forces in Iraq between 2003 and 2011.

The Iran regime is also responsible for wounding nearly 1,000 other U.S. soldiers during the eight-year period, said the new disclosures from a partially declassified government report, according to Fox News.

The attacks were principally carried out by Iranian regime-made explosive devices that were manufactured and supplied to Shiite militias throughout Iraq by Quds Force members and directed by Qassem Soleimani, the commander who is now coordinating the regime’s offensive operations in Syria alongside Russia against Syrian rebel forces.

The arrests of journalists is only the tip of a much larger iceberg as the Iran regime expands its activities and disprove all of the claims made by supporters such as the NIAC.