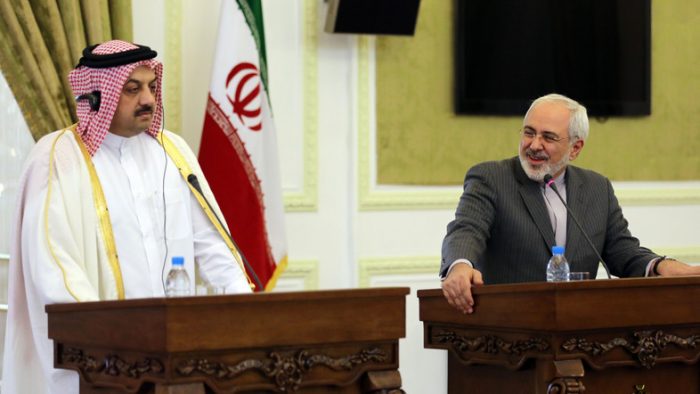 President Barack Obama had long viewed the conflicts raging in the Middle East as having their roots in the classical expansionism of Western powers exerting control over their former colonies and territorial holdings. He also viewed American military use in the region problematic and an incentive for countries such as Iran to oppose U.S. ambitions any way possible, including terrorism.

President Obama understood the rationale for terror and adjusted his foreign policy accordingly in the mistaken belief that openness would be rewarded with cooperation and civility.

This was a driving belief in his quest to negotiate a nuclear agreement with the Iranian regime and caused him to grant concession after concession to secure a deal. His willingness to disconnect issues such as Iran’s support for terror or its abysmal human rights record to the deal cleared a runway for Iranian extremism to become an export product as legitimate as its oil.

While you can’t fault his motives, his judgment was clouded by the allure of a landmark deal that could cement his status in history books as a peacemaker. It’s also why he steered away from every seriously wading into the Israeli-Palestinian conflict; seeing no end game resolution for that problem. This also carried the price of sending the U.S.-Saudi relationship to a historic low point.

The problem is that his basic assumptions about the nature of the Middle East was wrong and the new calculus of a new order in the region is quickly taking shape.

For many decades, the Arab world was uniformly united in using the Israeli-Palestinian conflict as the primary talking point in diplomatic circles, but with the ascendance of the Iranian regime over the last few years, the Arab world and Iran’s neighbors have quickly re-calculated the risks of allowing Iran unfettered freedom.

For the Syrian people, that price has been exorbitant as Iran has used its own Revolutionary Guard Corps and Quds Force troops, alongside Hezbollah fighters, Iraqi Shiite militias and recruited Afghan mercenaries to fight on behalf of the Assad regime.

In Yemen, Iran has armed Houthi rebels to open another front against Saudi Arabia and pose a very real and significant threat to the Kingdom. Add to that efforts to control Iraq as a Shiite proxy and you get the birth of ISIS and other extremist groups.

The Middle East has quickly devolved into a free-fire zone of wars breaking out everywhere.

It doesn’t take a rocket scientist to see the mullahs in Tehran behind much of the machinations taking place aimed at their Sunni rivals, which explains why the latest flare up involving the tiny Gulf state of Qatar exploded this week.

The Atlantic spelled out the problems Qatar’s neighbors have had with the oil-rich nation over the past decade.

Bahrain, Saudi Arabia, and the UAE, last cut ties with Qatar in 2014, withdrawing their ambassadors from the country for nine months. But this latest standoff has gone markedly further. For one thing, it includes economic sanctions—and given that Qatar’s only land border is with Saudi Arabia, any disruption to the flow of goods and people by air, land, or sea, could cause rapid economic dislocation and lead to social or political unrest, the Atlantic reported.

While it remains unclear what the Saudi and Emirati endgame is, the roots of the tensions between Qatar and its neighbors go deep, predating the Arab Spring in 2011 and Qatar’s subsequent high-profile support for Islamist transitions in North Africa and Syria. In fact, nearly every “crisis” in the six-member Gulf Cooperation Council (GCC) over the past quarter-century has, in some way, involved Qatar. The other Gulf leaders’ patience with Doha’s sometimes-maverick regional policies may have finally snapped.

A key preoccupation of Qatar’s post-1995 leadership has been the pursuit of autonomous regional policies designed to bring the country out of the Saudi shadow. Qatar’s support for regional Islamists, notably but not only the Muslim Brotherhood, and provision of Doha-based Al Jazeera as a platform for groups criticizing regional states, incited periods of intense friction.

The history of tension between Qatar and the rest of its neighbors has been fraught which explains why the Iranian regime sees an opportunity to extend its influence to Qatar.

Iran immediately blamed President Donald Trump for setting the stage during his recent trip to Riyadh.

“What is happening is the preliminary result of the sword dance,” Hamid Aboutalebi, deputy chief of staff of Iran’s President Hassan Rouhani, tweeted in a reference to Trump’s recent visit to Saudi Arabia.

Trump and other U.S. officials participated in a traditional sword dance during the trip in which he called on Muslim countries to stand united against Islamist extremists and singled out Iranian regime as a key source of funding and support for militant groups.

The prospect of a U.S. president forging a new Arab coalition against Iran must be freaking out the mullahs in Tehran which may explain their near hysterical response to Trump in blaming him for everything.

The fact that Iran and Qatar share a massive gas field in the Persian Gulf provides a strong economic incentive tying them together which may help explain why Qatar has embraced radical Islamist groups.

For Iran’s part, the mullahs are hoping to gain an opportunity to strengthen its relationship with Qatar and drive a deeper wedge into the Gulf states by offering to move food and supplies by convoy into Qatar; a move that Saudi Arabia is blocking.

While the public spat with Qatar may be about regional issues, the underlying central issue has always been about the Iranian regime.