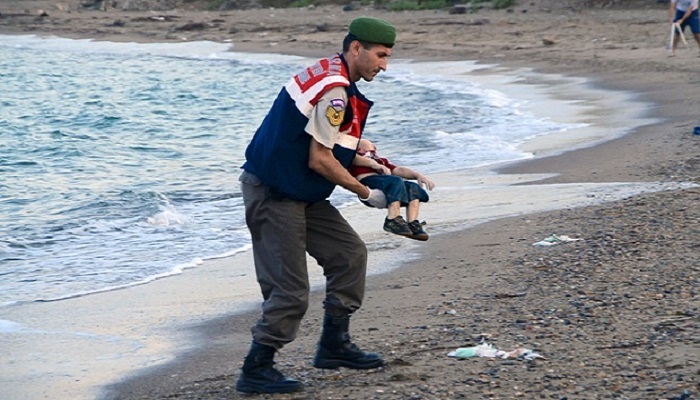 The web of Iran regime supporters working towards passage of the proposed nuclear agreement have consistently pushed the narrative that approval of the deal would usher in a new period of stability throughout the Middle East and open the door to further engagement with the regime, strengthen so-called “moderates” within Iran and bring about peace in our time.

Leading the pack have been cheerleaders such as Trita Parsi of the National Iranian American Council, Jim Lobe of Lobelog, Joseph Cirincione of the Ploughshares Fund, Jamal Abdi of the NIAC Action and commentator Ali Gharib just to name a few, but all of their rosy talk has not obscured the ramifications of the deal which are now peeking through the carefully constructed façade of lies built by the Iran lobby.

One crack came in the form of concerns raised by a newly released report compiled by a group of high-ranking U.S. military officers about what the Iran regime will do with the billions of dollars it will receive in unfrozen assets compared to a U.S. military that has ramped down considerably and may not be able to handle a resurgent and aggressive Iran.

Already, the former officials pointed out, the U.S. Navy won’t be able to maintain a carrier presence in the Persian Gulf for approximately two months this year due to reduced availability of carriers under budget sequestration.

If Iran decides to race for a nuclear weapon after the main provisions of the deal expires, the U.S. will be weaker militarily if sequestration remains the law of the land, Conway said.

“We believe the [deal] will in a sense unleash Iran in a conventional sense in ways that we have not previously seen,” Conway said.

The most obvious consequence of the regime’s influence and actions in the region has been the onslaught of millions of refugees fleeing the three main proxy wars Iran is involved in, including Syria, Iraq and Yemen. The plight of Syrian refugees fleeing the Assad regime and his mercenary army made up of Afghan fighters paid for by Iran mullahs, along with Iranian regime’s Quds Forces has been documented as they flood into Europe by foot, boat and train, often under perilous conditions.

Benjamin Weinthal, a fellow at the Foundation for Defense of Democracies, wrote an editorial in the New York Daily News where he examined how past decisions by European nations and the U.S. not to move militarily against the Assad regime after he used chemical weapons led directly to the current refugee crisis.

“Making matters worse, Europe and the U.S. are slated to release $150 billion in sanctions relief money to Iran as part of the deal to curb Tehran’s illicit nuclear weapons program. Assad will soon get a fresh economic shot in the arm,” he added.

The Iran regime demonstrated its single-minded support of Assad when mullah’s foreign minister Javad Zarif criticized demands for Assad’s ouster saying such calls have prolonged Syria’s civil war in an absurd claim since Iranian regime’s support of Assad has been literally the only thing keeping him in power.

Zarif went so far as to say that those who have in the past years demanded Assad’s ouster “are responsible for the bloodshed in Syria” in a veiled reference to international calls for Assad to step down.

The Iran regime has been growing bolder in flexing its new-found moment on the international stage as Zarif made his outlandish statements while hosting a delegation from Spain which follows similar European delegations making the trek to Tehran to kiss the proverbial ring of the mullahs.

In fact, several western diplomats estimate that sanctions against the regime could be lifted as soon as the first three months of 2016 in a stunning repudiation of the original promises of three to five years made by the Iran lobby in selling the deal.

But there remain hopeful signs of defiance yet in the face of the overwhelming appeasement in placating the Iran regime, such as recent moves in Iraq by Grand Ayatollah Ali al-Sistani who leads the Shiite majorities in southern Iraq to distance themselves from Iranian control exercised through ousted Iraqi prime minister Nouri al-Maliki.

Maliki was largely viewed as an Iranian puppet and has been held responsible by Iraq’s Shiite and Sunni populations for allowing ISIS to take control over large parts of the nation and fostering deep levels of government corruption.

Back in the U.S., Sen. Mike Pompeo (R-KS) and David B. Rivkin, Jr., a senior fellow at the Foundation for the Defense of Democracies, authored an editorial in the Washington Post in which they raised the potential for the filing of a lawsuit under the terms of the Iran Nuclear Agreement Review Act of 2015 which requires the Obama administration to submit to Congress “any additional materials related thereto, including . . . side agreements, implementing materials, documents, and guidance, technical or other understandings, and any related agreements, whether entered into or implemented prior to the agreement or to be entered into or implemented in the future.”

They cite the decision by the administration not to submit for Congressional review a secret side deal between the regime and the International Atomic Energy Agency, which Iran has vocally opposed releasing.

“Both houses should vote to register their view that the president has not complied with his obligations under the act by not providing Congress with a copy of an agreement between the IAEA and Iran, and that, as a result, the president remains unable to lift statutory sanctions against Iran,” Pompeo and Rivkin said. “Then, if the president ignores this legal limit on his authority, Congress can and should take its case to court.”