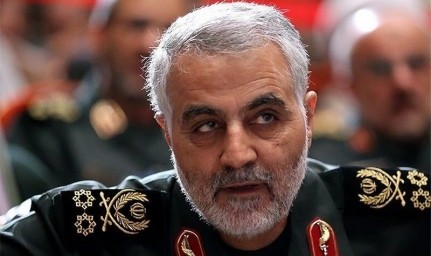 Reasons To Be Thankful This Past Weekend

This past weekend, across the U.S., families sat down together to celebrate family and give thanks for all what they have, including secularism in government, freedom of speech and the practice of religion, support for the rights of women and minorities, protection for a free and active press and the guarantee of due process and a presumption of innocence in criminal cases.

All those things and more have formed the bedrock of American civil society for 239 years, but are virtually non-existent in the one country that has steadily called for the destruction of the American way of life since 1979: the Iranian regime.

The past few months of 2015 have certainly caused significant concern and alarm among Americans and throughout most parts of the world. We have seen terror attacks spring up literally around the world, most recently in the horrific attacks in Paris – first with the Charlie Hebdo attacks and then the bombings – and in the wave of atrocities perpetuated by Al-Qaeda, Boko Haram, Hezbollah and Shiite militias.

Couple that with the spread of sectarian conflicts – most fueled by the Iranian regime – in Syria, Iraq and Yemen, and you begin to get a pretty good idea of how chaotic the year has become in spite of the promises made by the Iran lobby that things would settle down after a deal was struck with the mullahs in Tehran over a new nuclear deal.

How wrong people like Trita Parsi of the National Iranian American Council were.

But for most Americans, their Thanksgiving wishes and victories were much smaller and personal. For them, most Americans could be thankful that this past weekend:

But for the Iranian regime, this past weekend wasn’t nearly a peaceful or good one for the mullahs as setbacks continue to dog the regime and stymie each of its efforts to expand its vision for a greater Islamic sphere of influence controlled from Tehran.

Among the news coming from media sources this weekend include:

And to top off the weekend, top mullah Ali Khamenei went on his usual Sunday rant denouncing the U.S. and promising to keep the regime’s policies aimed squarely at preserving the Islamic revolution and spreading it throughout the region.

As reported in the Washington Times, Khamenei’s message was the subject of an analysis in a report by the U.S. Army Foreign Military Studies Office at Fort Leavenworth, Kansas.

“To encourage perpetual revolution might mean to foment continuous crisis,” the report said. “This, in turn, suggests greater regional instability and Iranian Revolutionary Guards Corps provocations toward U.S. forces and others.”

In other words, the Joint Comprehensive Plan of Action, the nuclear deal on which the Obama administration gambled for a more moderate Iran, has not tempered Khamenei’s fiery outcry.

“Khamenei’s endorsement of an expansive and perhaps even growing IRGC role confirms the group’s position as the chief obstacle to any political and economic reform in the Islamic Republic, and also suggests that the IRGC may win disproportionate advantage from any unfrozen assets or foreign direct investment entering the Iranian economy,” the report added.

All of which points out that while Americans celebrated values of family, peace, forgiveness and charity on Thanksgiving, the Iranian regime was busy deepening a conflict that has displaced half of Syria’s population, creating the largest refugee crisis in Europe since the end of World War II and spreading a radicalized form of extremist Islam manifesting itself in various terrorist groups around the world.

We can only hope the mullahs don’t get their holiday wishes granted next month.