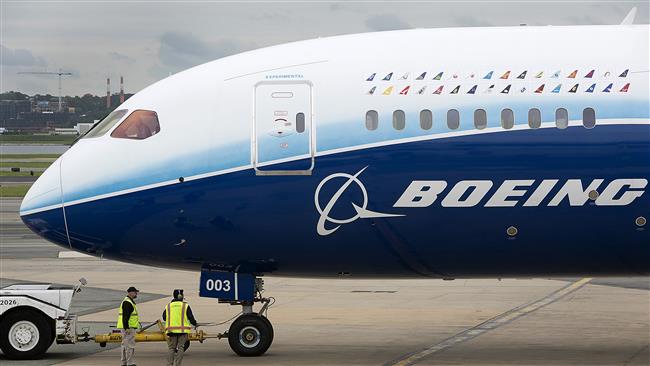 Rush to do Business with Iranian Regime Carries High Cost

Since the Iranian nuclear accord was brokered last April, the Iran lobby has been breathlessly pushing the idea of the doors to Iran being thrown open to commerce empowering the moderates in the government to a position of strength.

Hassan Rouhani quickly embarked on a European tour to enhance that perception and announce several high profile deals with European companies in a carefully orchestrated show of economic success and many companies have followed that message with dreams of riches to be made in the Iranian marketplace.

The reality has not lived up to the hype though. Even though the nuclear deal lifted sanctions related to Iran’s nuclear program, it did not touch sanctions imposed on Iran related to violations of human rights or its sponsorship and support for terrorism, including groups such as Hezbollah.

The disconnect has thrown the proverbial monkey wrench into the regime’s plans to quickly profit off the nuclear deal. In their haste to secure a nuclear agreement, the mullahs in Tehran pressed for a deal that was not linked to any issue other than the nuclear infrastructure itself. The regime did not want to face scrutiny over its human rights record and the growth of terrorism it sponsored.

The Iran lobby, including leading advocates such as the National Iranian American Council and Ploughshares Fund, was happy to oblige in pushing that narrative. The inconvenient truth for them though was that even though they got a nuclear deal, Iran was still restricted from accessing U.S. currency exchanges which crippled its ability to conduct international business since virtually all European, U.S. and Asian financial institutions resisted handling transactions for the regime out of fear of being sanctioned later for enabling terrorism.

The issue has become such an obstacle, the regime has taken the unusual step of attempting to set an offshore bank on a small island Iran controls in the Persian Gulf in an effort to skate around the financial sanctions.

This is why most of the business deals announced by the regime with foreign companies involve investments in the regime, but sales outside of it and even then most companies are approaching this process cautiously since Iran is a notoriously corrupt government and economy, ranking in the top ten in most transparency indexes.

The mullahs realize their perceived windfall could evaporate just as quickly as the sharp rise in Islamic extremist attacks in Paris, Orlando, San Bernardino and other cities around the world have made world capitals skittish about appearing to funnel cash to countries that support terrorism. Add to that the backdrop of a highly contentious U.S. presidential election in which both leading candidates in Hillary Clinton and Donald Trump have talked tough about radical Islam and its spread from Iran, then the outlook for the mullahs in Tehran appears even bleaker.

All of which makes the rush to announce a preliminary deal by the Iranian regime to purchase passenger aircraft from U.S. manufacturer Boeing all the more perplexing. Could it be the Iranian regime is worried Congress would intervene to block the sale in the wake of the Orlando mass killings and needed to jump the gun so to speak?

Details of the agreement were left vague, but Western and Middle East sources said that once approved, it would involve flag carrier Iranair acquiring more than 100 Boeing jets, both directly from Boeing and from leasing companies, according to Reuters.

“In coming days details of the deal with this company will be announced,” Roads and Urban Development Minister Abbas Akhoundi said, according to the semi-official Mehr news agency.

The sources said the agreement was so far only a broad outline of what a formal deal would look like once Boeing has the necessary U.S. government approvals to sell planes to Iran, which has been banned from buying U.S. jets for almost 40 years.

The concern over the sale to Iran not includes potential technology transfers to the regime, but the potential for the regime to use these commercial aircraft for military or illicit purposes as in previous cases in which state airliners have been used to ferry troops and weapons to Syria as part of the civil war effort there.

Rep. Peter Roskam (R., Ill.), who has criticized Boeing and others for pursuing business with Iran, told the Washington Free Beacon that Congress could take action to stop the sale.

“We’ve heard reports of a pending deal between an iconic American company and terrorism’s central bank,” Roskam said. “To say we have national security concerns would be an understatement. Boeing and the Islamic Republic should know the U.S. Congress will not look favorably upon any deal that jeopardizes the safety and security of the American people.”

Several GOP lawmakers recently summoned the heads of Boeing and French air manufacturer Airbus for a meeting about their dealings with Iran.

Three House members from Washington state, a major base for Boeing operations, wrote to the company in May to request a meeting.

“We write to express our serious concerns over the sale of airplanes, parts, and other aircraft-related services to the Islamic Republic of Iran,” wrote Republican Reps. Cathy McMorris Rodgers, the GOP conference chair, Dave Reichert, chair of the House committee that regulates trade, and Dan Newhouse.

Predictably, Trita Parsi of the NIAC hailed the Boeing deal and ignored the past use of Iranian commercial airliners for illicit purposes.

“The Iranian-American community not only has had to fear for the safety of loved ones flying in Iran, but has also flown on many of the outdated craft when visiting friends and family in the country,” Parsi said.

It’s notable that the most significant threat to Iranian-Americans traveling to Iran is not the safety of their aircraft, but rather the high probability they would be arrested and imprisoned without charge or trial or explanation by the regime as it has already done to a large number of dual citizen Iranians, such as Americans Jason Rezaian, Saeed Abedini and Amir Hekmati.