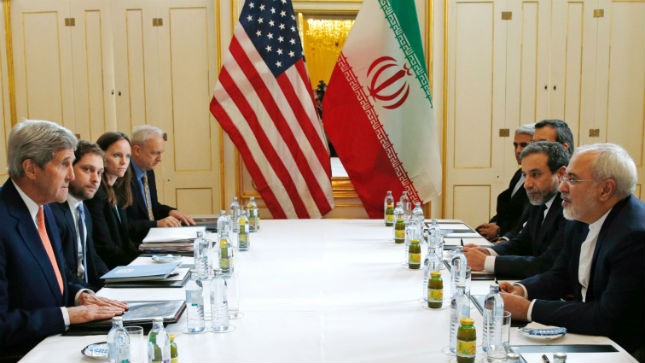 In what is bound to be one of the most startling revelations made about the Iran nuclear agreement, the Institute for Science and International Security, a Washington-based non-profit, non-partisan institution dedicated to informing the public about science and policy issues affecting international security, issued a damning report outlining “secret” concessions granted to the Iranian regime.

In the report, the United States and its negotiating partners agreed “in secret” to allow the Iranian regime to evade some restrictions in last year’s landmark nuclear agreement in order to meet the deadline for it to start getting relief from economic sanctions, according to the think tank’s report published on Thursday.

“The exemptions or loopholes are happening in secret, and it appears that they favor Iran,” said David Albright, the group’s president, in an interview with Reuters.

Among the exemptions outlined in the think tank’s report were two that allowed Iran to exceed the deal’s limits on how much low-enriched uranium (LEU) it can keep in its nuclear facilities, the report said. LEU can be purified into highly enriched, weapons-grade uranium.

Other provisions would allow Iran to continue operating 19 “hot cell” radiation containment chambers; and permission for Iran to store 50 tons of heavy water in Oman under its control, instead of selling it, as required by the nuclear deal.

The exemptions, the report said, were approved by the joint commission the deal created to oversee implementation of the accord. The commission is comprised of the United States and its negotiating partners — called the P5+1 — and Iran.

The Institute noted that the low-enriched uranium could be processed into weapons-grade material, so the secret side deal makes it effectively impossible to know how much bomb material Iran could produce, on fairly short notice. The hot cells can also be “misused for secret, mostly small-scale plutonium separation efforts,” according to the report.

The White House claims these changes to the JCPOA were not kept secret from Congress, but at least one prominent critic of the nuclear deal, Senator Bob Menendez (D-NJ), who is a senior member of the Foreign Relations Committee, told Reuters he was “not aware” of the exemptions, and was never briefed on them.

Sen. Kelly Ayotte, (R-N.H.), who sits on the Armed Services Committee, also issued a statement. Ayotte argued that the new evidence of “secret exemptions” underscores “the willingness of the Obama administration to bend over backwards to accommodate Tehran, conceal information from the American people, and protect a fundamentally flawed and deeply dangerous agreement that is only getting worse.”

“Since the JCPOA is public, any rationale for keeping these exemptions secret appears unjustified. Moreover, the Joint Commission’s secretive decision making process risks advantaging Iran by allowing it to try to systematically weaken the JCPOA. It appears to be succeeding in several key areas,” wrote Albright and his co-author, Andrea Stricker, who has written extensively on the illegal nuclear trade and Iran’s nuclear program.

State Department spokesman John Kirby declined to comment on the work of the joint commission, saying it was confidential, but the lack of transparency flies in the face of the original promises made by the Iran lobby, such as the Ploughshares Fund and National Iranian American Council, which reassured skeptical members of Congress that there were no other provisions in the deal other than what was presented to Congress for review.

That assertion was proven false within days when secret appendices were revealed by the media to exist and now follow up decisions by the join commission can now carve out wide exemptions for the mullahs in Tehran without public review or knowledge.

“The current arrangement has been overly secret and amounts to the generation of additional secret or confidential arrangements directly linked to the JCPOA that do not have adequate oversight and scrutiny,” the report states. “Moreover, the process in general raises the question of whether Iran is exploiting the exemption mechanism, outside of any public oversight, to systematically weaken as many JCPOA limitations as possible.”

A “senior knowledgeable official” quoted by the report said that without the secret exemptions, Iran’s nuclear facilities would not have been in compliance with the nuclear deal by Jan. 16, which was set as the implementation day.

That statement alone should give people pause since it clearly indicates that the Iranian regime was not prepared to abide by the agreement from Day One and since then it has used the commission to receive more and more exemptions allowing it to violate the agreement without penalty.

At every step of the negotiations and through the implementation of the Iranian nuclear agreement, both U.S. and European officials have been consistently misled by the regime and yet bizarrely accommodating of the mullahs, granting exemptions, leading trade delegations to Tehran even while political prisoners are being executed, keeping mum about a rash of hostage-takings of dual-national citizens and refusing to demand the halt of Iran’s participation in proxy wars in Syria, Yemen and Iraq.

The world has given the Iranian regime so many second-chances, the mullahs must be wondering how they can keep this gravy train of appeasement going into 2017.