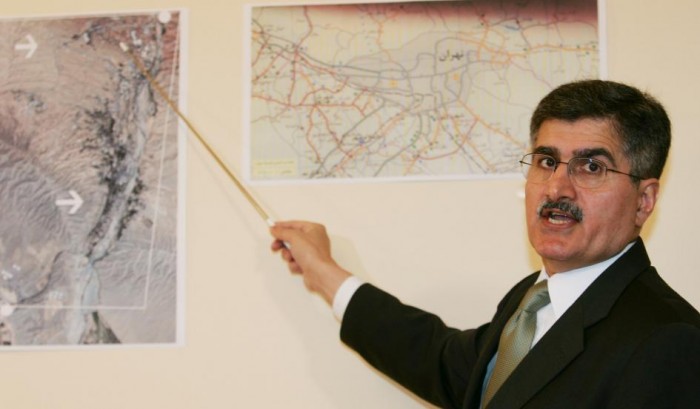 Side Agreement with IAEA and Iran Regime Shows Deceptive Practices

Recent disclosures by the Associated Press of the secret side deal negotiated between the International Atomic Energy Agency and the Iran regime over inspection of the Parchin military complex have caused quite a stir in the debate over the proposed nuclear agreement with the regime, but what is not being discussed is the deeper meaning of the agreement which is how the regime expects to handle inspections moving forward.

Parchin is just a sneak peek into the much larger preview of how the regime acts and conducts itself in double dealing with the international community and monitoring agencies. The text of the secret deal as transcribed by the AP reveals how the Iran regime intends to maintain total control over any inspection regimen.

The most important phrase, repeated throughout the agreement, is “Iran will provide…” At no point does the agreement grant international inspectors unfettered access of their own to the facility to take photos, inspect areas or take environmental samples without it passing through regime hands.

Supporters of the mullahs in Tehran argue the inspection is a one-time only affair at a site that has been closed down for a decade, but what gets overlooked is that Parchin’s importance to the regime was not in handling radioactive material, but rather handling high explosives which are necessary in detonating a nuclear warhead. The fact that the regime has pre-determined where soil samples are to be taken and has had plenty of time to scrub the facility clean, the usefulness of any inspection is moot.

“The notion that this means it is not the IAEA but Iran who is conducting the investigation is a laughable distortion,” said Jamal Abdi of the National Iranian American Council, the regime’s chief lobbying arm.

But the importance of Parchin is not in actual inspection, but in understanding how the regime reacts to inspections in general and looks into its military program specifically. The mullahs, led by Ali Khamenei, have consistently opposed any interviews of its scientists and technicians over the military dimensions of its program by IAEA personnel. Nearly a dozen questions from the IAEA remain unanswered by the regime for over a decade.

According to the Wall Street Journal in an interview this month, Yukiya Amano, IAEA director general, acknowledged Tehran has so far refused to agree to provide access to many of the individuals believed to have been involved in the suspected testing at Parchin.

Parchin is just a small part of those questions. The fact that the regime has managed to wear down the IAEA by stonewalling it and then negotiating secret side deals it has warned the IAEA should not be revealed to the U.S. clearly show the regime’s priorities in taking advantage of the situation to basically set into stone its rights to lie to the rest of the world. It’s a blatant act of appeasement and one that has never been granted to before to any other nation subject to international monitoring such as North Korea or South Africa.

The National Council of Resistance of Iran, the leading Iranian dissident group, has long complained of the regime’s steadfast refusal to allow inspections not only of Parchin, but similar facilities at Fordow, Arak and Natanz, most of which were only revealed after being exposed by the NCRI and other resistance groups.

The fact that the IAEA capitulated in such dramatic fashion is worrisome because it underlines the strong move towards appeasing the mullahs as a way of currying favor with them in a mistaken belief that would somehow bring about regional stability.

But this new disclosure only reinforces the growing and pervasive belief that the regime simply cannot be trusted. A new CNN/ORC poll released this week showed 56% of Americans now think Congress should reject the deal; up from 52% just less than a month ago.

Even as public opinion mounts against the regime, the leaders of the Islamic state continue to operate in a fashion immune from any criticism from overseas as evidence by the new campaign to discredit Wall Street Journal reporter as being an intermediary for the Iranian opposition. Forget the fact that the claims are based on a misuse of the English language, but the treatment follows similar actions against media critics of the regime such as Washington Post reporter Jason Rezaian who languishes in an Iranian prison.

This is just par for the course for a regime openly hostile to news media, contemptuous of international authority and blatantly ignorant of basic human rights.