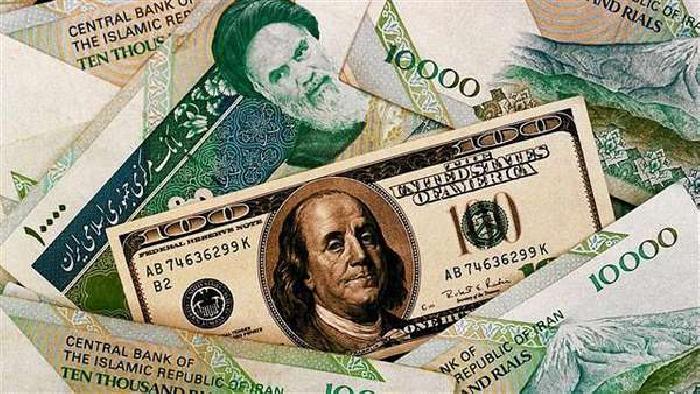 Study Points to Iran Regime Funding of Terror from US Payment

Last year the US stacked bundles of euros and Swiss francs on pallets and loaded them onto a transport aircraft bound for Tehran. The $400 million was destined to be used as leverage in securing the release of American hostages being held illegally by the Iranian regime as part of the nuclear deal.

That $400 million would later swell to a total of $1.7 billion in cash paid out to the mullahs as part of a settlement agreement over a longstanding dispute regarding payment made by the deposed Shah of Iran’s government for US military hardware prior to the Islamic revolution.

What has caused concern among elected officials and policymakers is the doubt surrounding what the regime would do with the cash windfall. A recent study by the American Action Forum, a non-profit research organization, estimated that as much as $37.4 million of this $1.7 billion were funneled directly to fund operations of the Iranian Revolutionary Guard Corps.

These operations have stretched from supporting the Assad regime in Syria to Shiite militias and death squads in Iraq to Houthi rebel forces in Yemen, according to the Washington Free Beacon.

Leading US lawmakers now suspect that the IRGC played a key role in assuming control of this cash, which the White House has admitted to putting directly in Iranian hands, the Free Beacon disclosed Monday evening.

“Applying the official spending levels to the U.S. payment to Iran, the $1.7 billion would mean $37.4 million for the IRGC,” according to research published by Rachel Hoff, AAF’s director of defense analysis. “Paying ransoms in exchange for Americans held abroad is one bad policy—indirectly funding terrorism is another.”

AAF has determined based on public reports by Iran that the country spends 3.4 percent of its total budget on defense needs, though some experts, including Iranian dissident groups, estimate the number is much higher.

At least “65 percent of that funding [goes] to the Islamic Revolutionary Guard Corps (IRGC), the Iranian elite paramilitary force,” according to AAF. “That works out to 2.2 percent of Iran’s total budget for the IRGC, which actively supports terrorist organizations throughout the Middle East. It is unlikely that Iran accurately reports its military or paramilitary spending, but the reported budget figures are useful as a baseline.”

Most disturbing is the very real possibility that the US exchanged the cash payments directly to IRGC agents and members of its military intelligence units which have been at the forefront attacks against US personnel in Lebanon, Saudi Arabia, Afghanistan and Iraq over the past three decades.

The Iranian regime’s long support for terrorism has included more recent revelations about the mullahs links to Al-Qaeda; a fact that regime and Iran lobby have worked frantically to cover up by trying point blame on Saudi Arabia instead.

Thomas Joscelyn, a senior fellow at the Foundation for the Defense of Dmeocracies, recently took regime foreign minister Javad Zarif to task in a series of tweets lambasting an editorial Zarif penned in the New York Times.

“Where is Abu Hamzah al Khalidi, the head of al Qaeda’s military commission, currently? He’s in #Iran:http://www.longwarjournal.org/archives/2016/07/treasury-designates-three-senior-al-qaeda-members-in-iran.php …” read one of his tweets, correctly pointing out how the Iran regime provides safe havens for Al-Qaeda leaders.

Joscelyn reminds us that the State Department’s original sanction against Iran in 2011 was because of the revelations of a “secret deal” between Iran and Al-Qaeda to provide the terror group behind the 9/11 attacks support.

That burgeoning conflict between Saudi Arabia and the Iranian regime drew a strong rebuke a warning from Mecca province governor Prince Khaled al-Faisal who urged Iran to end what he called wrong attitudes toward Arabs and warned it against any use of force in its rivalry with the kingdom.

The Saudi Press Agency quoted Prince Khaled as telling journalists his message to the Iranian leadership was “I pray to God Almighty to guide them and to deter them from their transgression and their wrong attitudes toward their fellow Muslim among the Arabs in Iraq, Syria, Yemen and around the world”.

“But if they are preparing an army to invade us, we are not easily taken by someone who would make war on us.”

Alarmingly, it now seems in addition to the $1.7 billion in cash the regime received from the US, the total amount of cash released back to Iran as part of the nuclear deal could have reached as high as $34 billion, with no tracking of how that money is being used by the mullahs.

The Associated Press reports Iran brought home roughly $20 billion dollars from this deal. But nearly $12 billion dollars in previously frozen U.S. sanctions were given to Tehran as nuclear talks progressed. Add to that the $1.7-billion-dollar cash payout the White House gave Tehran before the release of several U.S. hostages this year and the sum total soars to nearly $34 billion dollars.

“So every dollar that goes to Iran you have to assume is going to go to Hezbollah,” said Senator Marco Rubio (R) FL. “Or it’s going to go to their missile program, or their nuclear ambition or their military.”

Unlike digital transfers of money, cash is untraceable. Some experts say we likely will never know how Iran will take advantage of this windfall.