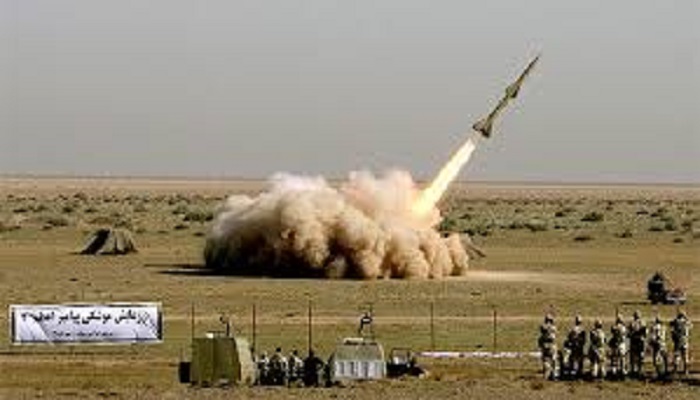 The Restocking of Iran Regime Bank Accounts and Weapons

In what has to be regarded as one of the strangest lobbying efforts being mounted, Iran regime foreign minister Javad Zarif is being put forward for the Nobel Peace Prize Award for his work in actually duping the West, during the P5+1 talks that resulted in crafting a deeply flawed nuclear deal. Putting him forward as Nobel recipient would be akin to giving the peace prize to António Caetano de Abreu Freire Egas Moniz in 1949 for inventing the prefrontal lobotomy, and almost as appropriate.

If the idea wasn’t so serious, it would be laughable given what has happened since the agreement was reached.

Zarif himself has echoed public statements by Hassan Rouhani and Ali Khamenei in drawing a firm red line in the sand that Syria’s dictator, Bashar al-Assad, has to be part of any Syria plan and that Russia is on board with efforts to keep him in power.

Ironically, Zarif put forward the idea that any decision on Assad has to be made by the Syrian people. He neglected to mention that Assad and Iran’s Quds Forces and Hezbollah allies have driven four million Syrians out of the country and gassed and barrel bombed the remaining 600,000 who oppose Assad in a virtual siege aided by Russian air strikes.

But the coordination between the Tehran and Moscow goes much deeper than the regime has let on. In a compelling Reuters story, Iran’s Qassem Soleimani, the head of the regime’s Quds Forces, went secretly to Moscow last July and laid out the strategy for Russian intervention to save Assad in Syria.

“Soleimani put the map of Syria on the table. The Russians were very alarmed, and felt matters were in steep decline and that there were real dangers to the regime. The Iranians assured them there is still the possibility to reclaim the initiative,” a senior regional official said. “At that time, Soleimani played a role in assuring them that we haven’t lost all the cards.”

The decision for a joint Iranian-Russian military effort in Syria was taken at a meeting between Russia’s foreign minister and Khamenei a few months ago, said a senior official of a country in the region, involved in security matters according to Reuters.

“Soleimani, assigned by Khamenei to run the Iranian side of the operation, traveled to Moscow to discuss details. And he also traveled to Syria several times since then,” the official said.

In the biggest deployment of Iranian forces yet, sources told Reuters last week that hundreds of troops have arrived since late September to take part in a major ground offensive planned in the west and northwest.

Around 3,000 fighters from the Iranian-backed Lebanese group Hezbollah have also mobilized for the battle, along with Syrian army troops, said one of the senior regional sources.

The military intervention in Syria is set out in an agreement between Moscow and Tehran that says Russian air strikes will support ground operations by Iranian, Syrian and Lebanese Hezbollah forces, said one of the senior regional sources.

The agreement also included the provision of more sophisticated Russian weapons to the Syrian army, and the establishment of joint operations rooms that would bring those allies together, along with the government of Iraq, which is allied both to Iran and the United States.

All of this flies in the face of claims made by the Iran lobby that the nuclear deal would bring forth a more moderate Iran intent on bringing stability to region and fighting ISIS. Nothing could be further from the truth as the mullahs have boldly flexed their military muscle openly now.

The regime isn’t even hiding its military intentions now that it’s been given tacit approval by the rest of the world with the nuclear deal.

Brigadier General Amir Ali Hajizadeh, commander of the Iranian Revolutionary Guard Corps Aerospace Force, said that “all U.S. military bases in the Middle East are within the range of” Iran’s missiles and emphasized that the Islamic Republic will continue to break international bans on the construction of ballistic missiles, in a statement to the regime’s state-controlled Fars News Agency.

“We do not see any restriction for our missiles and the IRGC’s preparedness and missile drills are conducted without a halt and according to our annual time-table, but only some of them are publicized through the media,” Hajizadeh said.

The comments echo similar rhetoric of IRGC Navy Commander Ali Fadavi, who warned last month that “the U.S. knows the damages of any war and firing bullets in the Persian Gulf.”

It doesn’t take a rocket scientist to figure out the Iran regime has been planning this coordinated military mission to save Assad long before the nuclear deal was finalized and with full knowledge and consent of Iran’s top mullahs. It is also clear that the messages delivered by the regime’s lobbyist allies such as the National Iranian American Council, Ploughshares Fund and J-Street were fundamentally wrong.

The mullahs have now gained a valuable military partner in Russia and are intent on pushing their gains across the rest of the Middle East.