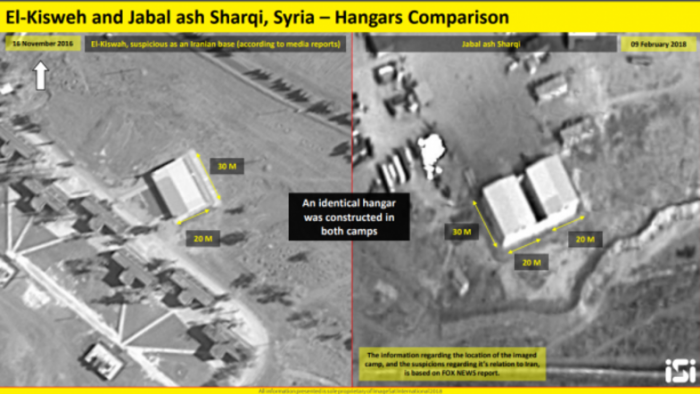 The Biggest Lie About Syria and Middle East Stability

On June 30, 2015, Trita Parsi, the head of the National Iranian American Council and a staunch cheerleader for the Iranian regime, published an editorial on CNN’s website that in retrospect now looks otherworldly stupid.

In it, Parsi was making the case for the Iran nuclear deal and the benefits it would bring, not the least of which was the argument that it would help empower moderates in Iran, rally Iranian youth and bring about stability throughout the Middle East.

His exact words were:

“The deal will help unleash Iran’s vibrant, young (the median age is 28!) and moderate society, which is continuously pushing Iran in a democratic direction. The deal enjoys solid support among the Iranian public as well as among Iranian civil society leaders, partly because they believe the deal ‘would enable political and cultural reforms.’

“America benefits if the democratic aspirations of the Iranian people are increasingly met, because a more democratic Iran is a more moderate Iran.

“This is particularly important at a time when the violent winds of religious radicalism are ravaging the Middle East and beyond. America is in desperate need of an injection of political moderation in the region. An Iran that moves towards democracy could provide that,” Parsi wrote.

In the three years since he penned that fairy tale, the reality has been brutally and violently different than the rosy picture he painted:

Parsi is either the dumbest political analyst on the planet or one so far committed to covering for the Iranian regime it’s a wonder he’s not drawing a salary from the Iranian Foreign Ministry.

Parsi has been so colossally wrong in his predictions we have to ask if any news organization ever runs a check on the accuracy of his quotes.

But picking apart Parsi’s past stumbles is only picking at the corners of a much broader tapestry; one in which the NIAC has been proven wrong over and over again in its predictions.

One of the more recent claims was by Ryan Costello, a NIAC policy fellow, who wrote in analysis running on the NIAC’s website on February 16, 2018, that the Iranian regime’s missile program was not a threat and pointed out it was limiting the range of its weapons to 2,000 km, which only placed most of the Middle East under threat of attack and not the whole world.

Small comfort when news has come out of satellite photos revealing a flurry of activity as Iran’s military begins construction of permanent military bases outside of Syria’s capital of Damascus complete with hangers capable of storing missiles that can now strike Israel, Saudi Arabia and most of the Mediterranean within a matter of minutes.

You hear that sound? It’s crickets in the silence coming from the NIAC.

According to Fox News, satellite images from ImageSat International show what is believed to be the new Iranian base operated by the Quds Force.  The photos show two new white hangars, each roughly 30 yards by 20 yards, used to store short- and medium-range missiles.

On Capitol Hill this week, the top U.S. military commander for American forces in the Middle East said Iran was “increasing” the number and “quality” of its ballistic missiles it was deploying to the region — when asked during a House Armed Services Committee hearing by Rep. Liz Cheney, R-Wyo., about reports Iran had moved more missiles into Syria.

Gen. Joseph L. Votel, head of U.S. Central Command, said Iran has “enhanced” its funding to proxy forces in the Middle East since the landmark nuclear agreement in July 2015, including sending missiles, fighters and other arms to Yemen and Syria.

The presence of permanent bases in Syria by Iran directly contradicts claims made by the NIAC that Iranian regime would only be a stabilizing force, but instead has turned into an occupation force.

All of which begets the question of what the U.S. needs to do to counter the regime, a question the NIAC has yet to answer other than to press the Trump administration not to ditch the nuclear agreement.

Secretary of State Rex Tillerson last month laid out a U.S. strategy in Syria that includes an indefinite stay for troops.

“U.S. disengagement from Syria would provide Iran the opportunity to further strengthen its position in Syria,” Tillerson said in the January speech. “As we have seen from Iran’s proxy wars and public announcements, Iran seeks dominance in the Middle East and the destruction of our ally.”

The tragedy of all this is that the NIAC has contributed to the biggest lie about Syria over the past three years and so far no one except us and the Iranian dissident movement seems to be holding it accountable for it.