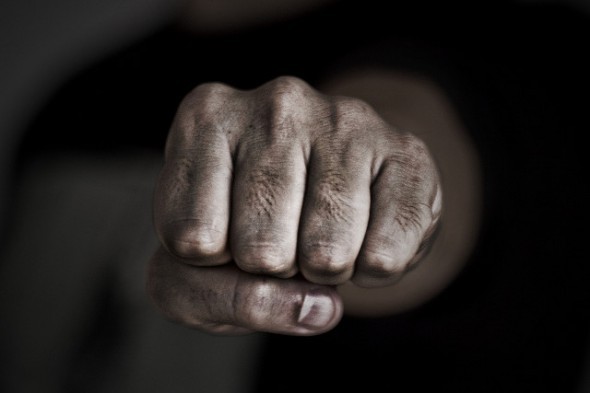 The Clenched Fist of the Iran Regime

The Wall Street Journal editorialized yesterday about the downfall of the hopes of backers of the Iran nuclear deal in a new, more moderate Iran opening up to the West in the wake of the landmark agreement. It even included a non-too slightly snarky aside about the anticipation the New York Times had about the potential of leading guided tours of the wonders of Iran.

Instead, the Journal rightly outlines the abrupt downward spiral the mullahs in Tehran have charted instead; most especially the spat of arrests the regime has undertaken targeting journalists, dissidents and most disturbing of all: American citizens.

“In recent days Tehran has arrested two U.S. citizens, bringing to five the number of Americans known to be under Iranian lock and key. They include Washington Post reporter Jason Rezaian, who has spent nearly 500 days in prison. Former U.S. Marine Amir Hekmati has been imprisoned since 2011 on espionage charges, and Saaed Abedini, a Muslim-born convert to Christianity, was arrested in 2012 on charges of leading an underground house-church movement,” the Journal said.

Interestingly though was the Journal’s insight into the arrest of Siamak Namazi, an Iranian-born American businessman who has been an outspoken advocate of closer U.S.-Iranian ties, even collaborating with Trita Parsi in help support the National Iranian American Council, one of the regime’s chief lobbying vehicles.

Namazi had even worked in the Iranian Housing Ministry under the presidency of Akbar Hashemi Rafsanjani, now perceived to be a moderate, but widely considered a theological hardliner back in the day; all of which goes to prove that the Iran regime is undergoing the same ideological purges that marked the worst of the Stalinist purges of the 1930s.

“Some speculate that the arrests are part of Mr. Khamenei’s effort to underscore his regime’s ideological purity and beat back domestic calls for reform. But the Islamic Republic has been in the business of taking hostages since its beginning, no matter whether the president is a reputed moderate like current leader Hasan Rouhani, or a firebrand like predecessor Mahmoud Ahmadinejad,” said the Journal.

“When it comes to the Islamic Republic, international goodwill is invariably met with contempt and cruelty. In the wake of the nuclear deal, this is a lesson the West will have to learn all over again,” it added.

The Journal’s lesson is plain to see now as the evidence is now overwhelming that for the mullahs, the nuclear deal isn’t worth the paper it was printed on, but the mullahs recognize correctly that the Obama administration is willing to overlook virtually any violations or aggressions by Iran in order to protect the appearance of preserving a historic foreign policy win.

The mullahs have also correctly calculated that the time remaining before U.S. presidential elections in 2016 literally amounts to a fire sale and they are racing to sweep anything and everything they can before the sale ends.

This includes a number of moves that have come to light further illustrating just how far Ali Khamenei and his fellow mullahs are willing to go to secure their goals.

The Guardian printed a story in which it tracked the recruitment, training and flow of Afghan refugees living in Iran and Syria by the regime and sent to die on Syrian battlefields.

“Iran is recruiting Afghan refugees to fight in Syria, promising a monthly salary and residence permits in exchange for what it claims to be a sacred endeavor to save Shia shrines in Damascus,” Dehghan writes. “The Fatemioun military division of Afghan refugees living in Iran and Syria is now the second largest foreign military contingent fighting in support of Bashar al-Assad, the Syrian president, after the Lebanese militia Hezbollah.”

Horrifically enough, the Guardian revealed that the Iran regime was accepting Afghans below the age of 18. At least one 16-year-old Iran-based Afghan refugee was killed in Syria earlier this year. The allowance for child fighters is a tactic that both the Iran regime, ISIS and Al-Qaeda all share.

Most Iran-based Afghans, who are also Shia, are not going to Syria to risk their lives on religious grounds but because of the financial and stability benefits that their involvement will bring to them and their families. Nearly 1 million Afghans are registered as refugees in Iran but the country is believed to host at least 2 million more that are living there illegally.

In another sign of the growing provocations by the regime, Bahrain convicted five Bahrainis of conspiring with Iran to carry out attacks within the country. Bahrain charged that Tehran was trying to foment unrest in their country by providing training to two of the Bahrainis involved and communicating with the others through the regime’s Revolutionary Guard Corps.

This follows an incident last month in which Bahrain security forces uncovered a large bomb-making factory and arrested a number of suspects linked to the Revolutionary Guards.

All of which shows that not only there are no signs of moderation in Iran, but its moving more and more in the opposite direction.