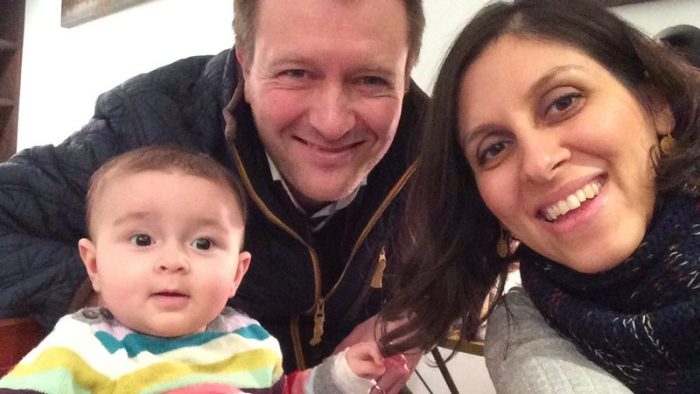 The Cruelty of the Iranian Regime at the Holidays

Amidst the horror of World War I over a century ago, a remarkable event occurred that has almost never been seen again in the history of human conflict.

During Christmas in 1914, the Western Front of World War I in France was a devastated moonscape of trenches filled with mud, dead bodies, snow and men filled with despair and lost hope amidst the first modern war of the Industrial Age.

The First World War introduced machine guns, aerial bombardment and poison gas and chemical attacks. It was brutal, unforgiving and merciless. Yet that Christmas saw what was to become known as “the Christmas Truce” where French, German and British soldiers got out of their trenches to walk across no man’s land and exchange seasonal greetings with their enemy.

They exchanged food and souvenirs, held prisoner swaps and even ended up singing holiday carols together. Some units even played football games together. It was a remarkable sight and one that some hoped might portend a pathway to ending the bloody conflict.

Unfortunately, war, as in all human conflict, resumed its proceedings with brisk abandon and there would be no further repeats of this holiday miracle.

This episode is instructive since it shows us that even the most bitter of enemies can pause and allow the good nature of the holiday period seep in and allow a few moments of grace to settle over a bloody battlefield.

One hundred and two years later, a different kind of uneasy peace has settled over the city of Aleppo in Syria, but unlike the battlefields of Europe, this silence has been brought about by the utter destruction of a city and its residents by the round-the-clock merciless attacks and bombings by the Syrian regime and its allies, especially Iran.

The wreckage of Aleppo mirrors old black and white photos of cities blasted to bits in that long ago war in France, but today there is no hope for truce, no compassion and no hearkening to a holiday message of peace and forgiveness.

For the mullahs in Tehran, a cold blackness rules their collective Islamic extremist hearts and their judgment is swayed by the needs of the moment which almost always revolves around their struggle to keep their shaky grip on power.

While the rest of the world takes a break this weekend to celebrate the holidays with family gatherings and goodwill towards one another, the Iranian regime continues to find new ways to demonstrate its depravity.

Nazanin Zaghari-Ratcliffe, 37, has been told that she must choose between taking her two-year old daughter, Gabriella, into a Tehran’s notorious Evin prison or sign away her rights to be with her daughters, her husband Richard Ratcliffe told the Telegraph.

“The ultimatum is that Gabriella lives with her three days a week in prison or she signs a paper waiving her rights of custody,” he said.

“She is deeply wary of having Gabriella move into prison partly because prison is horrible, and partly because after a hunger strike she does not have the strength to look after her three days a week,” he said.

Zaghari-Ratcliffe, a project manager with the Thomson Reuters Foundation, was sentenced to five years in prison in September following a conviction on unspecified “national security-related” offences following a trial before a Revolutionary Court in the capital Tehran.

The 37-year old charity worker has been in custody – much of it solitary confinement – since being detained by the Revolutionary Guard Corps on April 3.

Ratcliffe, who has dual British-Iranian nationality, was on holiday visiting her parents in Tehran. She was arrested at the check-in desks of Khomeini International Airport.

Gabriella was left in the care of her grandparents after the arrest, but her passport was confiscated meaning the child was trapped in Iran.

The arrests, coupled with a broad crackdown domestically against Iranian dissidents, journalists, students and artists, highlight the chief motivation for the mullahs in Tehran which is fear. The mullahs are afraid of dissent. They are afraid of Iranians living abroad coming home and spreading dangerous ideas such as freedom, democracy and peace with their friends and family.

The mullahs fear an open and free press and they fear young people and artists who have utilized social media to show their objections to the mullahs by simple acts of defiance.

For the Iranian regime, the only thing the mullahs understand is power and violence and how to apply brute force to advance their goals. It’s the recipe the regime has followed since its founding in using violence in Lebanon, Syria, Iraq, Afghanistan and Yemen.

While Aleppo stands empty and Iranian commanders take public tours of the destruction they have wrought, the most telling indictment of the Iranian regime may not be bombed out buildings, but in the message that the mullahs are forcing a mother to decide between losing her child or bringing her into one of the darkest and most brutal hellholes on Earth.

The next time the Iran lobby advocates for accommodating Iran, you may want to ask why there is not accommodation for a mother and her child at Christmas?