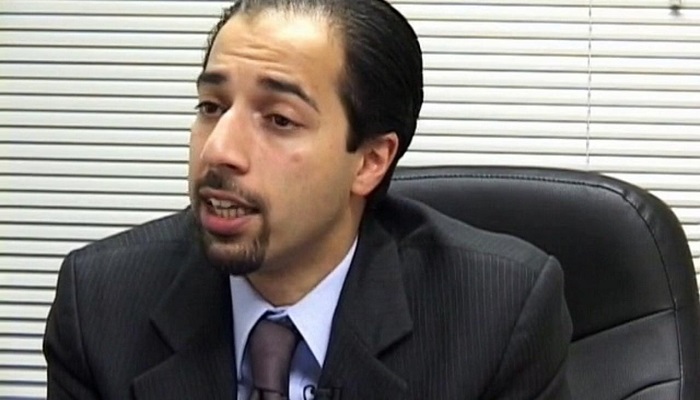 Trita Parsi, head of the National Iranian American Council and apologist-in-chief for the Iran regime, published an opinion piece that may very well be regarded as one of the most delusional pieces of editorial copy written since British Prime Minister Neville Chamberlain brought back the Munich Agreement after meeting with Adolf Hitler in 1938.

The Munich Agreement permitted Nazi Germany to effectively annex large portions of then Czechoslovakia and is widely regarded as the most significant example of failed appeasement in modern times. Paris’ editorial rivals that infamous document because he seeks to rationalize the regime’s actions and portrays a post-nuclear Iran as living in peace and harmony with its neighbors.

The most glaring failed piece of logic he attempts to push is the idea that regime top mullah Ali Khamenei is ideologically flexible and committed to the idea of not wanting conflict with the West.

Let’s think about that statement for a minute. Parsi says Khamenei does not want conflict with the West?

Obviously Parsi also believes in the Tooth Fairy, Bigfoot and aliens. It is amusing though when Parsi characterizes Khamenei as offering “heroic flexibility,” especially when considering less than 24 hours after the framework deal was announced in Geneva, Khamenei went on TV to denounce its terms and accuse the U.S. of lying. Sounds pretty flexible to me.

Parsi then charts a torturous path of logic from revolutionary Iran to 9/11 terror attacks trying to portray the regime as a helpful and willing ally to the U.S. He again conveniently leaves out facts such as Iran’s funding of terror groups such as Hezbollah involved in kidnapping and bombing attacks of Americans, including the infamous Marine barracks attack in Beirut.

Parsi also leaves out that Tehran’s race to the bomb really didn’t take off until the beginning of the rapprochement offered by the Obama administration and the subsequent quadrupling of centrifuges for enriching uranium, maybe in a heretofore secret bunker at Fordo that was not known to Western intelligence agencies until disclosed by the National Council of Resistance of Iran, the leading dissident groups to the regime.

Even more incredible is Parsi’s framing of this period as a “truce” between the U.S. and Iran post-framework announcement, serving as a calm period for the careful finalization of a nuclear accord. What makes this statement frankly insipid are recent events in Yemen where Iran’s overthrow of the government there has led to a proxy war with Saudi Arabia and other Arab nations in an unheard of before Arab coalition and the movement of massive U.S. naval assets, including the nuclear aircraft carrier Theodore Roosevelt, into the Gulf of Aden to interdict Iranian vessels carrying suspected arms to the Houthis.

How Parsi can claim this period as a “truce” while a confrontation brews on the high seas between the U.S. and Iran is beyond imagination.

The real “truce” the mullahs want from the U.S. is not so much a stop in the adversarial relationship against the West they have nurtured for the past three decades, but rather a truce in the crushing economic sanctions placing their hold over the Iranian people in jeopardy. The mullahs would much rather divert their resources to solidifying their hold over their newly acquired territory and expanding their military rather than constantly having to evade the West.

This global strategy is explained away by Parsi when he claims Iran has no ambitions in Syria and that removal of Syrian president Bashar al-Assad would be devastating for peace options. It is the same rhetoric the mullahs use in Iraq when describing the necessity of intervention against ISIS.

The mullahs have created these shadow terrors as a way of engineering access for their military to intervene in wars they helped initiate in the first place. It’s like asking an arsonist to come put out the fires he started.

The one thing Parsi does get right is that “the diplomacy deficit the whole region suffers from exacerbates each of these more localized problems.”

He just neglects to mention that Iran is the one that lacks diplomacy, instead relying on military force, terrorist proxies and militias to exert its will and shape its foreign policy. It bears the question for Parsi; if Tehran was so interested in diplomacy, why not join in the global call to condemn the use of chemical weapons in Syria? Why not urge the Houthis to negotiate with the Yemen government? Why not urge a joint Sunni-Shia coalition government in Baghdad to build a common future for all Iraqis?

A nuclear deal with Iran, without connecting agreements to restrain Iran’s most troublesome actions throughout the region makes any future problematic. Unless Iran’s mullahs are brought to heel, no agreement will ensure a future of peace, only one of Iranian hegemony.