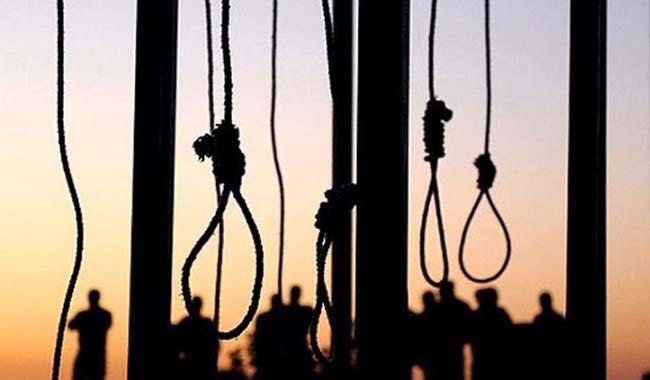 The Disconnect Between Iran Lobby Priorities and Reality

Money makes the world go around

The world go around

The world go around

Money makes the world go around

It makes the world go ’round.

A buck or a pound

A buck or a pound

Is all that makes the world go around,

Can make the world go ’round.

These are lyrics from the 1972 Academy Award-winning movie “Cabaret” which depicted the last final days of freedom in the Weimar Republic of Germany in 1931 during the rise of the Nazi Party.

The tune entitled “Money, Money” is sung by the cabaret’s emcee as a narrative about the pervasive influence of money and the desperate pursuit of it.

The movie was also noteworthy because of its depiction of issues such as homosexuality and hedonistic club life, as well as the virulence of anti-Semitism and even abortion. It was a movie widely considered to be one of the best 100 movies of all time.

The show tune is appropriate though for our world today and is still powerfully relevant as we consider the current priorities of the Iran lobby and its most conspicuous leaders such as the National Iranian American Council (NIAC).

It also helps illustrate the wide disparity between the priorities of the Iran lobby and the most pressing issues surrounding the Iranian regime today. If we examine the public statements and recent policy memos issued by the NIAC especially this week, we would assume that the most pressing issues confronting the U.S. and Iranian regime is how to get the mullahs more money.

At the top of NIAC’s legislative priorities is to prevent renewal of the Iran Sanctions Act of 1996 (ISA) which is up for consideration by Congress before the end of this year and along with it, the tacit lifting of all remaining restrictions and sanctions against the Iranian regime.

The impetus for the legislative push by NIAC and other Iran lobby allies is recognition that the upcoming presidential election is likely to bring significant changes in the U.S. foreign policy approach to the Iranian regime no matter who wins, be it Hillary Clinton or Donald Trump, because an incoming administration is likely to gain political capital by taking an aggressive stand against Iran, especially in light of the global deterioration of stability with terrorism and proxy wars on the rise.

To that end, the NIAC has been busy churning out policy papers arguing not only against renewing the ISA, but also the lifting of all remaining sanctions, especially prohibitions against the regime’s access to U.S. currency exchanges and the reluctance of foreign banks to handle Iranian regime transactions for fear of running afoul sanctions still in place pertaining to Iran’s human rights abuses and support for terrorism.

Interestingly, one policy paper authored by Ryan Costello of NIAC, argued that expiration of the ISA would still allow the president the ability to re-impose the same sanctions, but he neglects to mention the real reason the mullahs wish to shift authority away from Congressional legislation and onto the president: President Obama has demonstrated with his policies of appeasement the value to the mullahs of a president willing to accommodate their wishes and avoid the messy spectacle of a Congressional hearing and floor debate which would almost certainly go against them on almost any issue given the current climate.

The NIAC and its allies in the Iran lobby are counting on their ability to duplicate last year’s “echo chamber” to apply political pressure on a new administration to keep the Iranian regime off the sanctions hit list.

Another policy memo authored by Tyler Cullis of NIAC, goes even further to make the explicit link between the need to lift all sanctions and the potential for the nuclear agreement with Iran—the  Joint Comprehensive Plan of Action (JCPOA)—to fail.

What Cullis and the NIAC fail to admit is that the limits of the JCPOA stop at the issue of human rights violations and support for terrorism; issues that the regime stridently wanted to be de-linked from the nuclear negotiations for fear that they would bring down any hope of a deal and the lifting of economic sanctions that had succeeded in crippling the Iranian economy and weakened the mullahs grip on power.

Cullis’ conclusion reveals the true goals of the Iran lobby when he writes:

“Despite the formal lifting of U.S. nuclear-related sanctions, implementation of U.S. obligations under the JCPOA has not proceeded altogether smoothly. In order to safeguard the decades-long restrictions on Iran’s nuclear program, the U.S. must faithfully observe its JCPOA sanctions-related obligations in full. To do so, though, there must be a common understanding as to the full scope of those U.S. sanctions-related commitments.”

It is a bizarre statement to make since it places the burden solely on U.S. actions and speaks of nothing in regards to growing Iranian regime’s recalcitrance and militant stances; nor takes into account the abysmal state of human rights in Iran.

That situation has grown appallingly worse as the regime has moved aggressively to execute citizens at a fast and monstrous clip, including the mass execution of 25 Sunni Muslims it accuses of “enmity against God,” which earned the regime a blistering condemnation from Human Rights Watch and other human rights groups.

“Iran’s mass execution of prisoners on August 2 at Rajai Shahr prison is a shameful low point in its human rights record,” said Middle East director at Human Rights Watch. “With at least 230 executions since January 1, Iran is yet again the regional leader in executions but a laggard in implementing the so far illusory penal code reforms meant to bridge the gap with international standards.”

Two lawyers who represented some of the men told Human Rights Watch that their clients did not get a fair trial and that their due process rights had been violated.

Ultimately, while the Iran lobby fights to fill the Iranian regime’s coffers, we have to ask why it doesn’t also fight to save Iranian lives.

Indeed, money does make the world go round.