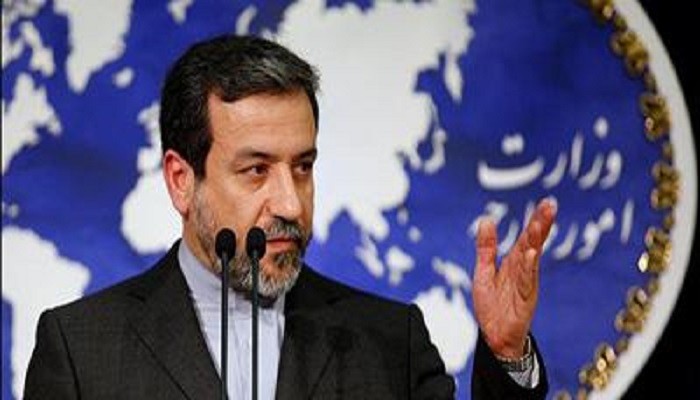 The Downside of Trusting the Iran Regime

The New York Times recounted an incident in which a helicopter from the U.S. aircraft carrier Theodore Roosevelt encountered an Iranian Navy frigate in the Gulf of Aden that aimed its weapons and tracked the Americans in a game of high seas chicken. The incident is similar to others in which Iranian military units have acted aggressively at U.S. forces, which is curious considering all of this comes during the sensitive debate over the recently proposed Iran nuclear agreement.

Why would the mullahs in Tehran continue to act in such a provocative manner at such a crucial time? To coin a phrase: Because a leopard can’t change its spots and the regime can’t change what it is.

The fact that the Obama administration is moving American carrier battle groups around the Persian Gulf and Gulf of Aden like so many chess pieces is a clear demonstration of the need to reassure regional allies such as Saudi Arabia, Kuwait, United Arab Emirates and others suddenly nervous about an aggressive and militaristic Iran. Even as the administration tries to project reassurance about the deal forging a new path of peace with the Iran regime, the region is witnessing a rapid build of U.S. military forces in response to the same regime.

The irony would be funny if it wasn’t so deadly serious.

But the fight over the nuclear deal has cast a harsh spotlight on the regime’s tactics and political lobbying network here in the U.S. The New York Times described some of the intense lobbying going on right now and illustrated how the Ploughshares Fund has been a key player for supporters of the deal; serving as a central financier and hub for cash (upwards of $11 million so far) and support out to the broad array of groups favoring the deal, including substantial donations made to the National Iranian American Council, the regime’s chief lobby.

All that support for the regime though cannot hide those leopard spots as the regime’s top mullah Ali Khamenei announced on Monday in another one of his patented rants that the regime would continue to oppose U.S. policies and reiterated Iran’s right to still refuse the nuclear deal.

“The Americans want to gain influence in the region and reach their goals. We will not let them,” said Khamenei, who has previously said US regional policies are “180 degrees” opposed to those of the Islamic state.

The one thing Khamenei fears is the potential for the nuclear deal to open up not only the floodgates of foreign investment, but also the kind of market liberalization that American companies typically force as evidenced in places such as China and Russia, only to see those governments crack down to halt the spread of democratic principles. In many ways, such a scenario could threaten the regime itself in Iran.

Not only was Khamenei doubling down on Iranian recalcitrance, but Sayyed Abbas Araqchi, the regime’s deputy foreign minister and one of the top negotiators in talks that led to the recently inked nuclear deal, told the country’s state-controlled press that Iran’s intelligence apparatus must approve of any inspector who is issued a visa to enter Iran.

This new wrinkle shows the regime’s efforts to backtrack on the agreement and preserve its ability to maintain its nuclear program in secret.

“Then we learned that no Americans are allowed on the inspection teams and that Iran will do its own soil sampling,” said Michael Rubin, a former Pentagon advisor and expert on rogue regimes. “Now the Iranians claim that all IAEA inspectors have to be vetted by Iranian intelligence? It really can’t get any worse than this.”

But Rubin may be wrong as outlined in a piece running in the Weekly Standard by Emanuelle Ottolenghi and Saeed Ghasseminejad from the Foundation for Defense of Democracies who detailed how even seemingly harmless investments made in the Iranian economy will be directly benefitting the Revolutionary Guards Corps and the regime’s military.

They write that the Obama administration is adamant that the IRGC “hates the deal,” because it supposedly opens up market previously cornered by the Guards to competition. The truth is rather different: the deal delists many companies that aided the IRGC in its proliferation efforts, its support for terrorism, and its involvement in the Syrian civil war. Though the deal keeps in place U.S. sanctions against the IRGC, it removes sectoral bans against areas of Iran’s economy that the IRGC dominates. The Guards, as Iran’s economic “gatekeeper,” will have ultimate say on how the country’s post-deal windfall will be spent.

In a final display of deception by the regime, Roy Gutman writing for McClatchy News Services explains how the regime continues to blame the U.S. for the rise of ISIS when Iran’s own policies in propping up Bashar Assad’s regime in Syria and strategic blunders in backing Nouri al-Maliki in Iraq led to the birth and rapid growth of ISIS.

The evidence is overwhelming that the price of trusting the mullahs in Tehran may eventually too high of a price for anyone to pay.