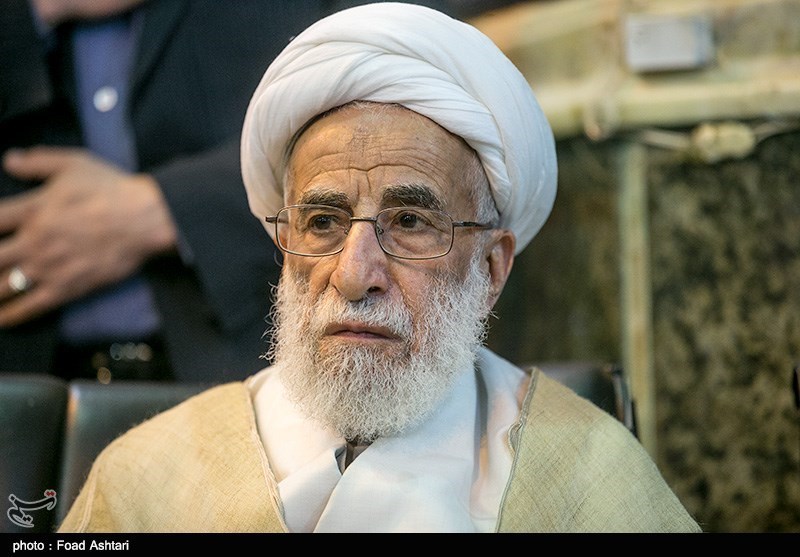 The Echo Chamber of Iran Rings with Hardliners

In the now-infamous article by the New York Times Magazine on how a network of Iranian regime lobbyists, activists and journalists was created to feed a false narrative about the Iran nuclear deal. National security staffer Ben Rhodes called it an “echo chamber” where so-called independent experts were in actuality actively working at the direction of the White House media operation.

The key messages, social media postings and parade of so-called “experts” was designed to put forward the story that the nuclear deal would put a stop to Iran’s nuclear development, empower moderate elements within the Iranian government and stabilize the Middle East.

Alternatively, this same echo chamber fought against any effort to link human rights, sponsorship of terrorism or strict guidelines on inspections of Iran military facilities as being destabilizing the prospects of an agreement.

Since the deal was struck last year, the world has discovered how completely wrong all those assumptions were, but worse, how the Iran lobby, directly funded with cash from groups aligned with Iran, was essentially lying.

The avalanche of disclosures now come fast and furious as we begin to see the scope, size and sophistication of the Iran lobby’s efforts, especially in swaying favorable media coverage by paying news outlets such as National Public Radio hundreds of thousands of dollars for positive coverage of the deal.

Bloomberg in a report examined the full scale of the Iran lobby’s network and operations in supporting the Iran nuclear deal based a series of leaked emails he received.

It discovered that the actual campaign for the nuclear deal did not start in 2015 with negotiations as Iran regime supporters claim, but rather launched a full four years earlier with Ploughshares Fund leading the initial organization long before Rhodes began meeting with progressive groups on shaping the Iran narrative, which may indicate that the administration itself may have been played for fools by the mullahs in Tehran all along.

Beginning in August 2011, Ploughshares and its grantees formed the Iran Strategy Group. Over time this group created a sophisticated campaign to reshape the national narrative on Iran. That campaign sought to portray skeptics of diplomacy as “pro-war,” and to play down the dangers of the Iranian nuclear program before formal negotiations started in 2013 only to emphasize those dangers after there was an agreement in 2015, Bloomberg writes.

The strategy group, which included representatives of the Arms Control Association, the National Security Network, the National Iranian American Council, the Federation of American Scientists, the Atlantic Council and others, sought to “develop process and mechanism to implement Iran campaign strategies, tactics and narrative,” according to an agenda for the first meeting of the group on Aug. 17, 2011, Lake adds.

The fact that Ploughshares funds the NIAC, the chief lobbyist for the Iran regime, and convened these strategy sessions back in 2011 clearly shows the planning by the Iran lobby to create a false narrative and then sell it to the White House. That sales job was undoubtedly helped in no small part by the inclusion of former NIAC staffers hired into the National Security Council, with one former Iran lobby staffer now heading up the NSC’s Iran desk.

The centerpiece of those early strategy meetings was that the Iran lobby needed to change the “message” narrative, even though facts on the ground in Iran proved otherwise. While Iran was developing links to Al-Qaeda and exporting terrorism via Hezbollah and Houthi proxies, the Iran lobby needed to kill those stories in the media and substitute a more favorable one.

According to Bloomberg, in an Aug. 20, 2013, e-mail to the Iran Strategy Group, Joseph Cirincione, president of Ploughshares, encouraged the Ploughshares grantees to “create a social media, web, expert push that carries our main points into the media and policy discussions in the first 12-24 hours.”

The rest is – as they say – history, as the Iran lobby, led by Ploughshares money and NIAC staff, began pushing alternative messages into the media and spread around cash to news media, as well as recruiting supportive journalists such as Laura Rozen of Al-Monitor to serve as mouthpieces.

The group relied on their own network of “experts” such as Paul Pillar to serve as “impartial” third-party analysts to discuss the nuclear deal on news outlets such as NPR which was receiving funding from Ploughshares.

The sad truth is that the Middle East is by far more chaotic and dangerous than at any other time in recent memory. The international community essentially has no idea what Iranian regime’s military is doing in developing ballistic missiles or nuclear warheads in fortified bunkers that no one even knew existed until the regime showed them off in videos.

Human rights in Iran are abysmal and thousands of innocent Iranian men, women and children have been hanged, had limbs amputated, acid thrown into their faces and eyes gouged out as part of the normal Iranian justice system.

And yet, the Iran lobby utters not one word of protest. Makes no harsh remark and takes no blame for essentially creating the world we have today.

Even their most basic claim of empowering moderate elements in Iran’s government was slapped hard in the face by the announcement of the appointment of Ahmad Jannati to head up the powerful Assembly of Experts.

The 89-year old hardliner is well known for being a religious radical devoutly committed to exporting the Islamic extremism and protecting the mullahs and their ill-gotten gains.

In addition to his new post, Jannati leads the influential Guardian Council, a vetting body that disqualified over 3,000 less loyal candidates for the February elections, which were held in parallel with the vote for the Assembly of Experts.

All of which just goes to show how there are really no moderates within Iranian politics and government and to make any such distinction is to play into the narrative the Iran lobby has so studiously cultivated over the last five years.