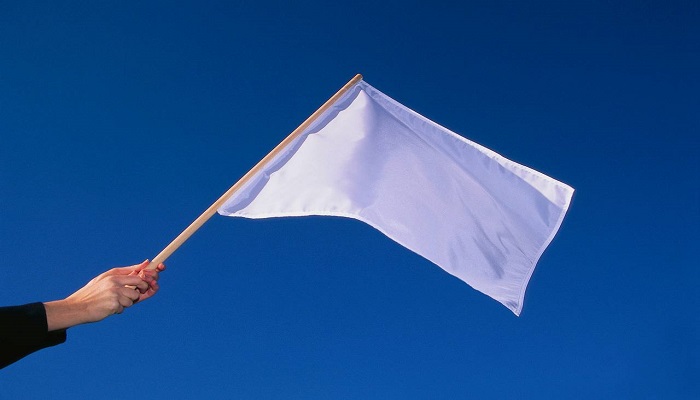 The Iranian regime lobby, led by the National Iranian American Council, has long pushed the idea that Iran’s religious leaders are battling a split within Iran’s government between moderate forces of reform and hardline reactionary conservatives.

It has been a convenient and important fiction for regime proponents since it provides the moral flexibility they need to at once ignore the regime’s most heinous human rights abuses and military adventures, while at the same time professing support for a government intent on changing itself.

This effort was again on display by NIAC with an editorial authored by TritaParsi and Reza Marashi in HuffintonPost with the odd title of “Why Iran Won’t Capitulate.”

The use of the term “capitulate” is an interesting one by Parsi and Marashi since the definition of the word is “to stop fighting an enemy or opponent” and both have held that the U.S. and the Iranian regime are not at war, but striving for peace. Consequently, the effort to ramp up pressure on the regime will yield no results since Iran’s mullahs are steadfast in showing that they are not bowing to Western demands as the authors insist.

They point to Iran’s moves to build its nuclear infrastructure during a period of increasing sanctions and with each escalation cycle, Iran double downed and increased its nefarious activities.

And then miraculously, they argue the turning point came when President Obama in 2013 suddenly woke up in bed and saw the world through Supreme Leader Ali Khamenei’s eyes and realized “Gee, we should be nicer to them.”

An interesting thought considering that in 2013, Iran stepped up its rate of public executions of political dissidents, it went all in with military support for Assad in Syria right after the international community condemned it for using chemical weapons, and it continued refusing access of its military nuclear research facilities to international inspectors.

The core piece of logic for this sudden reversal offered by Parsi and Marashi is the infamous 2009 fraudulent election as an explanation for a regime suddenly faced with diminished support. It is a silly argument for two basic reasons:

• All elections under the regime are inherently fraudulent since Iran’s mullahs maintain the power to decide who actually can go on the ballot. This was apparent just with Hassan Rouhani’s election when scores of other candidates were ditched in favor of regime supporters; and
• Despite the rifts within the regime that is due to their infighting over more share of power, since the Velayat-e-Faqih is the dominant rule the major policies of the regime are decided by the mullah’s supreme leader and the religious authorities maintains all power in the economy, military, judiciary, news media, internet access, law enforcement and all aspects of civil and cultural life.

Given that Iran’s governmental structure is as inflexible, rigid, unyielding and unbending as Mssrs. Parsi and Marashi portray it as being, it begs the next logical question “Why are we even bothering to talk to them?”

The authors seem to think the West will be the ones to capitulate and give the Iranian regime all it wants:

What does the U.S. get out of capitulating? They get Mssrs. Parsi and Marashi’s undying gratitude for earning their pay from the mullahs.