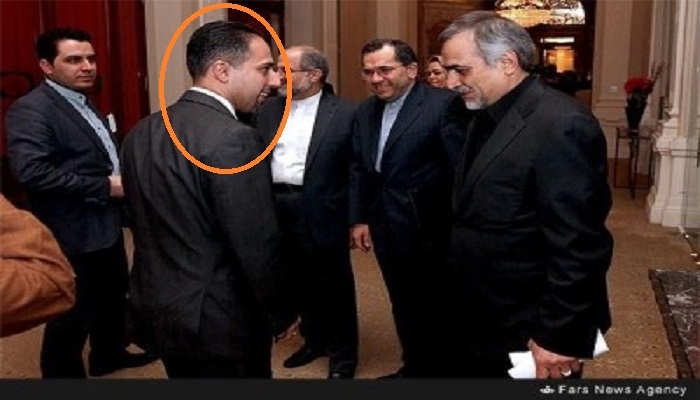 Matthew RJ Brodsky, senior Middle East analyst at Wikistrat and former editor of inFOCUS Quarterly, took a deep dive in Huffington Post into the lobbying forces of the Iran regime and the progress it has made in infiltrating deep into American policy making positions under the Obama administration.

What piqued his interest and those who track the activities of the Iran lobby was the latest batch of emails released from Hillary Clinton’s email server in which the pro-regime group The Iran Project provided the administration with a 10-page plan that eventually served as the roadmap for engaging with the regime once again and led to the run up in negotiating the nuclear weapons agreement.

Brodsky includes the ground breaking investigative analysis done by Lee Smith, a senior fellow at the Hudson  Institute and senior editor of the Weekly Standard, who examined the ties Trita Parsi, the head of the National Iranian American Council, has with Iran regime insiders such as Akbar Hashemi Rafsanjani.

Parsi founded the NIAC in 2002 and was described by Smith as being the “tip of the spear of the Iran Lobby,” in terms of funneling a large number of former staffers into key administration positions and gaining the ear of key members of the Obama administration.

Breitbart News discovered the hiring of Sahar Nowrouzzadeh, a former NIAC staffer, as the National Security Director for Iran who sat in on several high level meetings with President Obama while discussing negotiations with the Iran regime on the nuclear deal.

The NIAC attempted to dismiss Nowrouzzadeh’s position as a mere intern, but a 2004 document uncovered by Breitbart News described her as a former “staff member” at NIAC.

Jeffrey Goldberg of The Atlantic referred to Parsi as someone who “does a lot of the leg-work for the Iranian regime.”

Parsi’s close ties to the regime came under greater scrutiny during the tense negotiations between the regime and P5+1 negotiators in which Parsi and his NIAC colleague Reza Marashi were often seen conferring with members of the Iranian delegation and often were quoted by news media covering the talks using the same talking points and keys messages as the official regime news agencies.

Bloomberg reporter Eli Lake wrote about Parsi’s close connection with regime foreign minister Javad Zarif uncovered in documents made public as part of a failed defamation lawsuit brought by Parsi against an Iranian American journalist who accused Parsi of working on behalf of the regime.

NIAC and Parsi have moved out of the legally shadowy world of indirect lobbying by forming an official lobbying arm called NIAC Action which made no bones about its open lobbying for positions favorable to the regime and began the solicitation of funds as it expected to make donations to political campaigns it deems supportive of the Iranian regime.

Brodsky in his Huffington Post column also examined the flow of funds to regime lobbying groups and traced how the Rockfeller Brothers Fund spent millions of dollars since 2003 towards promoting a nuclear agreement with the regime, primarily through donations given to The Iran Project. That funding has been supplemented by additional contributions made through the Ploughshares Fund which has given substantial amounts of funding to the NIAC directly.

Ironically, the policy memos written by The Iran Project proved to be key elements of the Obama administration’s outreach to the Iran regime including a call to open a direct dialogue to top regime mullah Ali Khamenei by promising to not seek regime change as a means of reassuring the mullahs which came in the form of a personal letter from Obama early in his first term.

Paramount for the Iran lobby was not only securing a favorable nuclear deal for the regime, but more importantly unlinking any agreement from conditions related to the regime’s conduct in areas such as terrorism, human rights or military interventions through proxies and terror groups.

The de-linking of all these areas may very well turn out to be the biggest win for the Iran lobby.