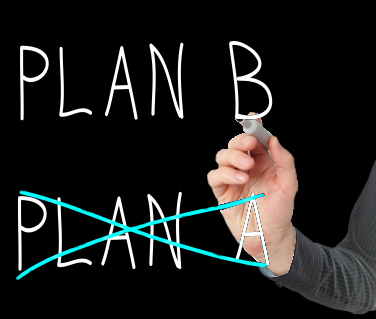 The Iran Lobby’s Plan B

With the recent failure of the Senate to mount an override of a Democratic filibuster, and the implementation of the proposed nuclear agreement with the Iran regime on the way, it is ironic though that such significant foreign policy issue will be implemented without any bipartisan support and no majority support from the American people.

But regardless of the votes last week, it has become clear that the Iran lobby is gearing up to combat a plethora of “Plan B” options being formulated by opponents of the regime since the decision to submit the agreement not as a formal treaty, but rather an executive action leaves the agreement subject to revision or even reversal when a new president is elected in 2016.

Sen. Ben Cardin (D-MD), the ranking Democratic member on the Senate Foreign Relations Committee who helped craft the bipartisan compromise legislation requiring the congressional vote on the deal, announced his intention to submit new legislation addressing many of the loopholes in the proposed nuclear agreement to which he has publicly announced his opposition.

Jim Lobe of Lobelog.com and Tyler Cullis of the National Iranian American Council both offered up their critiques in an attempt by regime supporters to fend off any new legislation threatening to derail their efforts.

What Lobe and Cullis describe as “poison pills” are actually the kinds of common-sense provisions that should have been included in the nuclear deal in the first place such as requirements that the president cannot lift certain sanctions imposed on regime banks for terrorism-related or ballistic-missile related reasons until the president certifies those banks have ended their facilitation of transactions aiding Iran’s support for terrorism and ballistic-missile development.

Ironically, these conditions were part of the original set of “red lines” drawn by U.S. negotiators at the outset of talks, including requirements for “anytime, anywhere” inspections, all of which were pulled off the table in the final agreement.

The fact that Cullis and Lobe argue so strenuously against these inclusion of these types of restrictions on the regime’s conduct speaks volumes about their commitment not to ensuring peace and stability in the Middle East, but allowing the Iran regime a free hand to conduct its terror operations and development of missile systems that can deliver nuclear warheads over vast distances.

As syndicated columnist Cal Thomas has correctly pointed out in an editorial published on FoxNews.com:

“Promises of stringent inspections are meaningless, especially when Iran has already said it will never allow outside access to its military sites. Ali Akbar Velayati, the Iranian security adviser to Supreme Leader Ayatollah Ali Khamenei, has stated firmly that, ‘Regardless of how the P5+1 countries interpret the nuclear agreement, their entry into our military sites is absolutely forbidden. The entry of any foreigner, including IAEA inspectors or any other inspector, to the sensitive military sites of the Islamic Republic is forbidden, no matter what.’”

But aside from Cardin’s proposal, the Defund Iran coalition also announced an effort to ask voters in Arizona, Colorado, Florida, Missouri and Ohio to change their state constitutions to bar any state dollars from being invested in ways that might help the Iran regime, with plans to expand the effort to an additional 25 other states in the coming weeks.

“Every dollar we stop makes a difference to the solider who gets blown up by an IED financed by Iran,” said Sarah Steelman, a former Missouri state treasurer and current chairwoman of Defund Iran. “Not one penny of the people’s money should go to any company that does business that goes to Iran—or any other sponsor of terror.”

According to Philip Elliot writing for Time magazine, banning investments in funds or companies some find objectionable is hardly a new tactic as shown by the pressure built over two decades for Americans to withhold investments with ties to South Africa in order to protest that nation’s apartheid systemic discrimination. More recently, some groups have pressured Americans to do the same toward Israel over its treatment of Palestinians.

Thirty states already have some form of law or regulation that bans state dollars to go to Iran. The new moves would codify existing bans, but perhaps complicate some of them. States will have to decide how aggressively to write the constitutional language. Would they simply ban pensions from investing in energy companies that buy oil from Iran, or would they also ban economic development dollars from going to retailers who open outposts in Tehran? A defense contractor, for instance, could see its tax deals with a state threatened if it also sells parts to a company that does business with Iran, Elliott said.

That groundswell of popular support at the grassroots and state level is in no doubt motivated by the continuing worrisome stream of revelations and news coming out of the regime such as the release of a new book authored by Saeid Golker that took a scholarly look at the regime’s dreaded state-financed Basij militia.

Gareth Smyth of the Guardian’s Tehran bureau examined Golker’s work, writing that “Golkar’s central argument – reflected in the book’s title, Captive Society: The Basij Militia and Social Control in Iran – is that the Basij is more widespread and effective than generally realized.”

He estimates one in three students is a member, as are 65 percent of state employees, which clearly shows the expansive and pervasive presence of the militia throughout all levels of Iranian society in a model reminiscent of the much-feared East German Stasi intelligence service that turned family members into informers for the state against other family members.

And in another demonstration of the regime’s flouting of human rights, Amnesty International called on the regime to halt the impending “execution of Mahmoud Barati, a teacher who was convicted of drug-related offences following an unfair trial that is believed to have included a confession obtained through torture and other ill-treatment.”

“The Iranian authorities must end their unprecedented killing spree – more than 700 people have been executed so far this year, most of them convicted on drug-related charges,” said Amnesty International in a statement.

It is doubtful the regime will halt its executions, nor does it seem possible it plans to release any of the Iranian-Americans it is currently holding hostage.