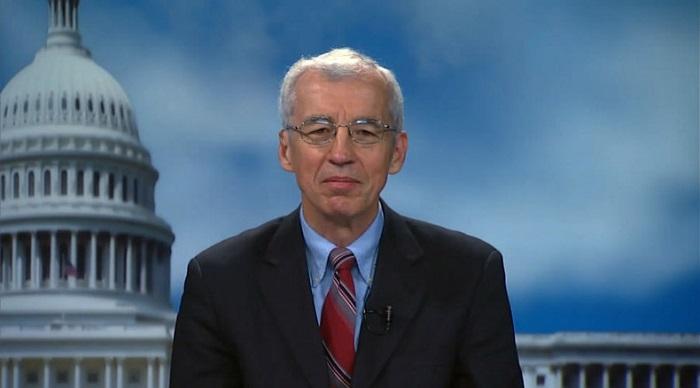 Adel Al-Jubeir, the foreign minister for Saudi Arabia, posited a simple proposition in an editorial in the Wall Street Journal this weekend, improved relations between the Iranian regime and the rest of the world can only occur if the Islamic state renounces its support for terrorism.

It is a simple idea, but one fraught with a high likelihood of failure because the mullahs in Tehran are as wedded to terrorism as a tool of statecraft as a compulsive gambler is addicted to a slot machine or craps table.

“The fact is that Iran is the leading state-sponsor of terrorism, with government officials directly responsible for numerous terrorist attacks since 1979. These include suicide bombings of the U.S. Embassy in Beirut and the Marine barracks at Beirut International Airport; the bombing of Khobar Towers in Saudi Arabia in 1996; attacks against more than a dozen embassies in Iran, including those of Britain, the U.S. and Saudi Arabia; and the assassination of diplomats around the world, to name a few examples,” Al-Jubeir writes.

“Nor can one get around the fact that Iran uses terrorism to advance its aggressive policies. Iran cannot talk about fighting extremism while its leaders, Quds Force and Revolutionary Guard continue to fund, train, arm and facilitate acts of terrorism,” he adds.

Al-Jubeir notes, correctly, that if the Iranian regime truly wanted to change course and join the community of nations, it could have simply demonstrated that sincerity by handing over al Qaeda leaders who have enjoyed the protection of sanctuary in Iran, including Osama bin Laden’s son Saad and the terror group’s chief of operations Saif al-Adel.

The regime could have also stopped supplying arms and funding for terror groups such as its long-running support for Hezbollah, which basically serves as an adjunct military unit to the Iranian military. It has been well documented how Iran supplied the bulk of improvised explosive devices (IEDs) used against US and coalition forces in Iraq and Afghanistan, resulting in the deaths and maiming of thousands of service personnel.

500,000 killed so far, but none of that is going to happen because the Iranian regime’s leadership, flowing from its top mullah Ali Khamenei, through Hassan Rouhani all the way down to members of paramilitary units on the streets of Iran have an almost religious belief in the use of violence and terror to advance the goals of the regime.

Al-Jubeir describes how the regime has “set up so-called Cultural Centers of the Revolutionary Guard in many countries, including Sudan, Nigeria, Syria, Lebanon, Yemen and the Comoros Islands. The aim was to spread their ideology through propaganda and violence. Iran went so far as to propagate that the Shiite Muslims living outside Iran belong to Iran and not the countries of which they are citizens. This is unacceptable interference in other countries and should be rejected by all nations.”

Since the passage of the nuclear agreement with Iran last year, the regime has grown more bold, more militant and more reckless as it seeks to expand its influence, while at the same time suppressing domestic dissent among ordinary Iranians who feel betrayed and denied any benefits from the nuclear deal.

The mullahs have focused on widening military conflicts and engaging in more aggressive and provocative behavior against the US and now Saudi Arabia in a bid to deflect attention at home and beat the drum of nationalism and fear.

The mullahs are hoping no one notices the misery at while you’re focused on gunboat cat-and-mouse games with US warships in the Strait of Hormuz.

That determination by the mullahs to expand the conflicts to include a perceived showdown with Saudi Arabia may be rooted in the kingdom’s decision to finally take the gloves off and confront the Iranian regime more directly since Iran has fomented conflict dangerously close to Saudi Arabia’s own borders with the civil war in neighboring Yemen.

Saudi Arabia is accusing Iran of supplying weapons to Houthi rebels in Yemen and is urging the U.N. Security Council to impose sanctions on Iran for violating an arms embargo.

Saudi Ambassador Abdallah Al-Mouallimi said in a letter to the council that smuggling arms to Houthi rebels violates council resolutions and constitutes “a direct and tangible threat” to Saudi Arabia, Yemen, the region and international peace and security.

Predictably the Iranian regime rejected the Saudi contention of Iran’s growing interventions, instead blaming Saudi Arabia for escalating the conflict, but of course denying its own involvement.

Also, the Yemeni Army’s Deputy Chief of Staff Major General Nasser Al-Taheri said in an interview published on Saturday by the London-based Asharq Al-Awsat that light and medium weapon shipments were seized on the borders, coming from Iran, more proof of the regime’s desire to drive neighboring countries into civil war.

Meanwhile, the Iran lobby stepped up its efforts to support the regime by trying to hold the line against Congressional action to renew sanctions against the Iranian regime for its support of terrorism as evidenced by a letter addressed to Congressional leaders signed by a who’s who of Iran lobby members, including the National Iranian American Council’s NIAC Action direct lobbying arm, J Street and MoveOn.Org.

Also, Paul R. Pillar, a former intelligence analyst and now a full-time supporter of the Iranian regime it seems, penned a rambling editorial in the National Interest in which he tried to make the absurd argument that Congressional leaders who advocate holding Iran accountable for its support of terror only aid “hardliners” in the Iranian regime’s government. His deeply flawed piece is worthy of a line by line dissection, but suffice it to say his primary goal is to try and excuse Iranian misbehavior by criticizing US concern over terror and vouching for the regime’s peaceful and delicate nature, while never mentioning the litany of death, destruction and woe being left behind by Iranian mullahs.