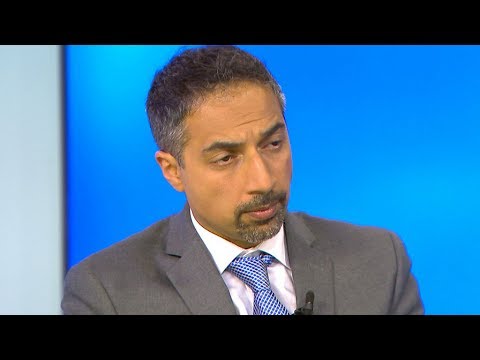 The Irony of Trita Parsi Attacking an Echo Chamber

Politico recently published a blockbuster expose of the Obama administration’s efforts to derail and stymie investigations by the Drug Enforcement Agency into the narcotics and arms trafficking of the Lebanese-based terrorist group, Hezbollah, in order to preserve the prospects for a nuclear agreement with the Iranian regime.

Predictably, the National Iranian American Council, the flagbearer for the Iran lobby, finally chimed in with an editorial authored by the NIAC’s Trita Parsi in Huffington Post.

The parade of misstatements by Parsi is not surprising if anyone has followed his career. He has been a staunch and vocal supporter of the Iranian regime, even when it engages in brutal acts of human rights violations or supports various proxy wars resulting in the deaths of thousands of men, women and children.

In many aspects, his objectivity has never been an issue of debate since he clearly demonstrates he is incapable of demonstrating any objectivity when it comes to criticizing the mullahs in Tehran.

In his latest diatribe in Politico, there is a certain amount of irony in his naming the opposition to the Iranian regime as a “pro-war echo-chamber” since the NIAC led the “pro-Iran echo-chamber” charge during the run-up in nuclear talks. It is a classic case of the pot calling the kettle black.

Former Obama administration official Ben Rhodes was the one who famously described the echo chamber built by the administration in collusion with pro-Iranian lobbying forces to suppress any dissent and spread the false narratives that any opposition to passage of the deal was merely war mongering by Iran “hawks.”

That echo chamber was a formidable coalition of Obama administration officials, Democratic and progressive support groups, K Street lobbying firms and sponsored front groups such as the NIAC and The Ploughshares Fund whose job it was to supply a steady stream of so-called “experts” and academics that could be paraded before news media as reliable sources of information and analysis.

Parsi’s hit piece in Huffington Post is a prime example of those same smear tactics in attempt to suppress any contrary opinion even in the face of overwhelming evidence over the past two years that all of the promises made by Parsi and his cohorts have fallen flat on their faces.

Parsi attempts to discredit the Politico investigation by describing it as lacking any “actual evidence,” but its noteworthy that Parsi never tackles the heart of the Politico story which are the statements made by DEA agents and Department of Justice prosecutors who go on record detailing the suppression of the narcotics trafficking investigations against Hezbollah.

Any reasonable person would doubt that career DEA agents are part of the right-wing, pro-war hawks Parsi tries to pin the story on. In fact, the lengthy series of articles is largely devoid of the bombast normally associated with political diatribes common to Beltway politics.

Instead, it’s a sober, methodical and meticulous examination of the hard work put forth by federal agents and prosecutors and the documented ties between Hezbollah and the Iranian regime.

At no time does Parsi ever actually deny that Hezbollah is a military and terrorist proxy for Iran and never does he deny Hezbollah’s acts in committing heinous crimes in Syria and Lebanon, nor its role in targeting and killing U.S. personnel over the past three decades.

Instead Parsi does the typical two-step dance move in sidestepping these inconvenient truths and instead tries to reach way out into fantasyland by trying to tie the Politico story with Israel in some convoluted way.

“If the pro-war echo-chamber genuinely believes their own spin that Obama betrayed other less pressing issues in order to secure a nuclear deal, then that reveals an even more dangerous problem: Their complete inability to see the bigger picture and differentiate between larger and smaller threats, prioritize between primary and secondary objectives,” Parsi writes.

This is Parsi’s favorite gambit, to try and frame the argument of choices between “big picture” objectives like the nuclear agreement and “little picture” ones such as human rights and terrorism or ballistic missiles.

It’s a terrible Hobson’s choice he tries to set up largely because history teaches us that you cannot act on the initiatives of a crazed regime and leave the regime’s power structure in place to create more mischief in other areas.

This was the exact same conundrum faced by European nations in the 1930s when Hitler’s Nazi Germany rose to power. By never addressing the sickness at the core of Nazi Germany and only dealing with the excesses such as the annexation of Austria, Hitler was only emboldened to reach farther afield when he realized the West was not going to stop him.

Similarly, the Obama administration’s well-documented efforts at trying to appease the Iranian regime at all costs has led to disastrous consequences for the regime with conflicts raging in Syria and Yemen and the threat of a broader war breaking out between Iran and Saudi Arabia.

“For the pro-war echo-chamber, Iran and the Iranian nuclear deal is at the center of the universe. All other challenges America faces are overshadowed by the desire to kill the Iran deal and strike Iran militarily. While that may be a fitting point of departure if you look at the region from the perspective of Iran-obsessed governments in Tel Aviv or Riyadh, it does not make sense from the perspective of any government in Washington that takes America’s global responsibilities and national interest seriously,” Parsi adds.

This is the heart of the insanity of his persistent falsehoods regarding the Iran nuclear deal and the overall approach to the Iranian regime in general.

Opponents to Iran have never wanted war. No one is calling for war and the Iranian dissident movement has not urged it. It is a canard created by Parsi and his colleagues in an effort to frighten the public and policymakers and drive American public opinion away from taking concrete action in containing Iran.

The Iran nuclear deal is not at the center of the Trump administration policy discussions because the mess left by the nuclear deal has spawned a host of headaches including the threat of long-range ballistic missiles, civil wars in neighboring countries, the rise and spread of radical Islamic terrorism and the daily oppression of the Iranian people.

These are all things Parsi neglects to talk about because for him, the truth is too hard to fight.