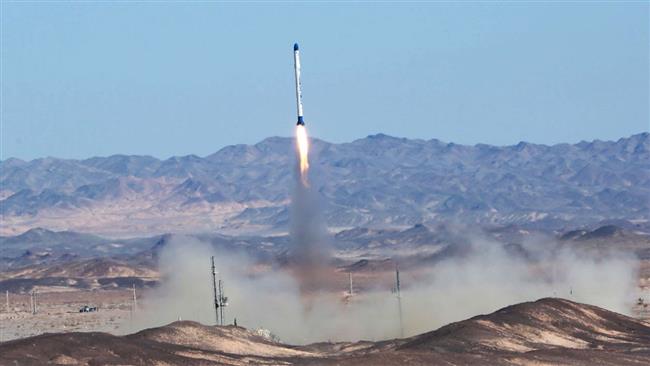 The News Keeps Getting Worse for Iran Regime and Lobby

To say things aren’t looking so great for the Iranian regime would be stating the obvious at the moment. Even before Donald Trump was sworn in as president, the regime suffered setbacks in Syria requiring the intervention of Russia and at home where gross mismanagement of the economy and rampant corruption coupled with plunging prices for oil sank the Iranian economy further in the red.

Protests mounted at home requiring even more brutal crackdowns, sending another spiral of discontent against the mullahs spreading out like ripples in a pond with a stone tossed in it, but now the mullahs are facing the full brunt of the end of Obama’s appeasement era.

The discussion of designating the regime’s Revolutionary Guard Corps as a terrorist organization can be the most effective act if undertaken by the new administration so far and if true, would be a welcome boon to the Iranian dissident movement that have been fighting the IRGC for decades.

According to Reuters officials said several U.S. government agencies have been consulted about such a proposal, which if implemented would add to measures the United States has already imposed on individuals and entities linked to the IRGC.

The IRGC is by far Iran’s most powerful security entity, which also has control over large stakes in Iran’s economy and huge influence in its political system.

Reuters has not seen a copy of the proposal, which could come in the form of an executive order directing the State Department to consider designating the IRGC as a terrorist group. It is unclear whether Trump would sign such an order.

Some of Trump’s more hawkish advisors in the White House have been urging him to increase sanctions on Iran since his administration began to take shape. After tightening sanctions against Iran last week in response to a ballistic missile test, White House officials said the measures were an “initial” step.

The United States has already blacklisted dozens of entities and people for affiliations with the IRGC. In 2007, the U.S. Treasury designated the IRGC’s Quds Force, its elite unit in charge of its operations abroad, “for its support of terrorism,” and has said it is Iranian regime’s “primary arm for executing its policy of supporting terrorist and insurgent groups.”

A designation of the entire IRGC as a terrorist group would potentially have much broader implications, including for the 2015 nuclear deal negotiated between Iran and the United States and other major world powers.

Because the IRGC controls huge swathes of the Iranian economy through a complex web of shell companies, the designation as a terrorist organization could expose almost all of the Iranian economy to potential sanctions, separate and apart from the nuclear deal. This includes industries such as petroleum, telecommunications, healthcare, aviation and agriculture.

Officials said that rather than tearing up the nuclear agreement, the White House might turn instead toward punishing Iranian regime for its support for Lebanese militant group Hezbollah, the Houthi rebels in Yemen, and some Shiite forces in Iraq, as well as covert support for Shiites who oppose the Sunni regime in Bahrain, and cyberattacks on Saudi and other Gulf Arab targets.

“We are grateful to this gentleman who has come, grateful because he made it easy for us and showed the U.S.’s real face,” Khamenei said referring to Trump.

On Tuesday White House spokesman Sean Spicer said Mr. Trump would take action “as he sees fit” and “will not take anything off the table.”

“Iran is kidding itself if they don’t realize that there’s a new president in town,” Spicer said.

Middle East security analyst Ilan Berman of the American Foreign Policy Council told VOA Persian’s NewsHour program on Tuesday that the Trump administration’s approach toward Iran was very different from that of its predecessor.

“Under the Obama administration, Iran had enormous latitude politically and economically in terms of reaping benefits from the nuclear deal,” said Berman, who serves as senior vice president of the Washington-based conservative research institute.”Under the Trump White House, it is not known whether the nuclear deal is off the table completely, but it is very clear that the new administration is going to pursue a more confrontational approach [toward implementing it].”

Berman based his assessment of the new U.S. policy on what he called the Trump national security team’s “remarkable … commonality of views” about Iran.

“From Defense Secretary Jim Mattis to national security adviser Michael Flynn, there is very deep skepticism about Iranian intentions and whether or not it’s a good idea to continue the nuclear deal, and there’s very deep apprehension about the destabilizing role that Iran can play in the Persian Gulf region,” Berman said. “So I think you see a much more realistic view of Iran beginning to take shape.”

The unpredictability of the new U.S. administration’s future plans may be the motivating factor in the decision by the Iranian regime to hastily scrap a planned missile launch of a longer-range ballistic missile.

The New York Post editorial board attributed the last-minute change to the regime blinking in the face of the tough talk coming from the White House.

“Fox News reports that new satellite imagery, verified by US officials, shows Iran has abruptly removed a new missile that was being prepared for launch as recently as Friday.

“It was a long-range Safir missile — a class that Tehran last launched into space two years ago, and that uses the same components as those needed for an intercontinental ballistic missile.

“The images showed a flurry of activity, including a host of visitors, on the launchpad Feb. 3, the day the missile was first spotted.

“Then, on Tuesday, the missile was gone,” the Post said.

The tough response from Trump was “unlike anything Tehran saw in eight years under President Barack Obama — whose State Department routinely issued reports critical of Iran, but turned a blind eye to the Islamic Republic’s nefarious behavior, not to mention its repeated violations of the sweetheart nuclear deal.”

“It’s a sign that for Iran, the days of wine and roses — and blind-eye treatment — are over. And perhaps an even more welcome sign that tough talk, combined with tough action, really does work,” the Post added.