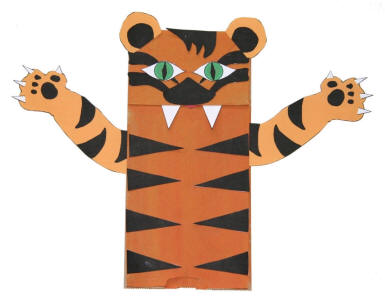 The Paper Tiger of the Iran Regime

How much of a threat is the Iran regime to the world? It’s a question that has preoccupied everyone from American congressmen to Saudi royalty to Sunni tribal leaders to Turkish newspapers. It’s a question that lies at the heart of policy discussions ranging from imposing economic sanctions to approving a nuclear agreement to opening up free trade.

In many ways, the regime represents a clear and present danger, especially to its neighbors. Syria, Iraq and Yemen have already felt the brunt of Iranian regime’s involvement in supporting terrorist groups operating within their borders as in the case of Hezbollah in Syria, and sponsorship of proxies fighting sectarian wars such as Shiite militias in Iraq and Houthi rebels in Yemen.

The regime also represents a significant threat in terms of its potential for causing more chaos, including the ongoing development of advanced ballistic missiles and the ability to acquire new military technology such as satellites, fighter jets and anti-aircraft missile batteries from Russia.

But is the Iran regime really more like a paper tiger, painted over in fierce colors, but fragile and capable of collapsing utterly in a strong wind?

Take the civil war in Syria for example. The mullahs in Tehran moved quickly to bolster support for the Assad regime in the face of democracy protests that quickly escalated to armed conflict. It did so through its reliable terrorist partners in Hezbollah and through use of its own Quds Forces in supporting the Syrian Army.

Even after Assad was internationally condemned for using chemical weapons on his own people, the Iran regime stood firm in supporting him and worked out a deal with Russia to help shield Assad as long as he gave up chemical weapons, which many outside observers claim he did, but only in part.

The Iran regime dipped deep into financial reserves to support the war effort, estimated at over $15 billion annually, a massive drain on the regime’s economy at the same time the global price of petroleum plummeted putting even more pressure on the mullahs.

As Ali Khamenei, the regime’s top mullah, ordered a “war economy” be imposed on the Iranian people, the first signs of economic dissent crept in with mass protests amongst underpaid teachers, small business owners and workers erupted in various parts of Iran.

Despite all of the support the Iran regime was providing Assad, the multitude of opponents, ranging from the religious extremists such as ISIS and terror groups such as Al-Qaeda to moderate backed secularists such as the Free Syrian Army, made substantial gains against Syrian and Iranian forces.

The gains were so significant and threatening to the Assad regime that Iran’s Quds Force commander, Maj. Gen. Qassem Soleimani, took a clandestine mission to Moscow to brief Russian leaders on the gravity of the situation and beg for Russian assistance in staving off an imminent disaster.

Since the Russians agreed and have launched a major air campaign and placed boots on the ground, a new chorus of discontent has arisen from the Syrian people and within the ranks of the Syrian military who are chafing under the virtual “Iranianization” of their country and military as the Iranian military has taken over almost all combat and control mechanisms and set up joint intelligence and command centers with Russia in Damascus and Baghdad.

But the regime is not impervious to losses as several notable and high ranking Iran regime military commanders have been killed on the Syrian battlefield recently including 67 year old Islamic Revolutionary Guard Corps (IRGC) Brigadier General, Hossein Hamedani.

According to The Daily Beast, Hamedani was reportedly killed in Aleppo. Officially, he was described by the Iranian officials as a, “high-ranking military advisor” to Assad. But to write Hamedani off as merely an “advisor” would be the equivalent of referring to Napoleon as just, “a French general.”

“With the loss of Hamedani came the loss of a major leadership element within the IRGC, one Tehran will not likely be able to regain. Still, Hamedani was not the last IRGC commander to have met his end in Syria in the past few days. On October 12th, two more IRGC Brigadier Generals were slain. Farshid Hasounizadeh and Hamid Mukhtarband, both were former commanders of the Sabreen and 1 Brigades, respectively,” said The Daily Beast.

The loss of these key regime commanders, the growing resentment among the Syrian military and people, coupled with the need for a Hail Mary intervention by the Russians all point to the floundering nature of the Iran regime’s Syrian enterprise.

As J. Michael McInnis, a resident fellow at the American Enterprise Institute, writes in the National Interest, “Tehran has been losing the Syrian fight since the civil war broke out on 2011. After major setbacks for Syrian government forces in 2012, Iran persuaded a reluctant Lebanese Hezbollah to send in ground forces in early 2013. That helped stabilize Assad’s position for a while, but by 2015 the regime was again at risk of losing its most critical positions near the Mediterranean coast and Damascus. Desperate times apparently drove Iran right into Moscow’s arms.”

The fortunes of the regime in Yemen, where Houthi rebels have been pushed back by a coalition of loyalist Yemen forces and Saudi and Gulf state militaries to such an extent that Yemen’s former government is slowly returning to normality.

Similarly in Iraq, the failed efforts by the regime to control former Prime Minister Nouri al-Maliki only led to the spawning of ISIS.

Couple that with the scores of almost comical announcements made breathlessly by regime-controlled media about some military advance such as the development of a new advanced torpedo system, sinking of a replica American aircraft carrier, unveiling of a new missile, all of which have come with a splash, but have proven to be more illusory than practical.

The real test for the mullahs and regime comes this Sunday which will be the “adoption day” for the nuclear agreement and marks the point where the regime must begin the process to dismantle its nuclear infrastructure, including the removal of 14,000 centrifuges from Natanz and Fordow facilities, getting rid of 12,000 kilograms of low-enriched uranium and removing the core of the Arak nuclear reactor.

Even though the agreement is badly flawed, the regime will have to demonstrate its compliance on these areas or face a reversal of the gains its lobbyist forces have achieved. In many ways, Sunday marks the “put up or shut up” phase for the regime.

The mullahs may now be facing a point where they may regret what they have so eagerly sought in this nuclear deal.