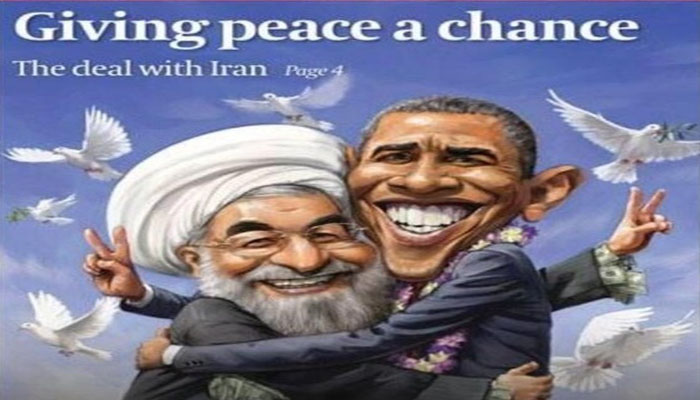 “The Pretzel Logic of the Iranian Lobby on the Nuclear Deal”

With the deadline of November 24th fast approaching for the P5+1 negotiators to reach a deal with Iran over its nuclear weapons program, the chorus of the PR machine working on behalf of the regime is reaching a crescendo.

The opening shot came from disclosures in the Washington Free Beacon that the Truman National Security Project issued a call to arms for writers and bloggers to join in the effort to comment, post and tweet U.S. media in favor of a nuclear deal.

This was followed by a virtual avalanche of editorials and commentary that sometimes borders on the ludicrous such Gary Sick’s piece in Politico where he argued that giving Iran a deal that preserves its ability to enrich uranium was preferable to letting Iran walk away. Sick’s piece attempts to make the leap of logic that failure to reach a deal would potentially place Iran’s president Hassan Rouhani at some crucial disadvantage with perceived hardliners in Iran and lead to his ouster.

It’s an argument that reminds me of MIT professor and Obamacare advisor Jonathan Gruber’s recently unearthed comments about the lack of intelligence amongst American voters. Sick must carry a similar opinion of Western negotiators.

This theme that letting Iran walk away from the negotiating table would be disastrous is being echoed on pro-Iranian blogs such as LobeLog.com and lobbyists such as the National Iranian-American Council. All have let loose shrill cries that almost any deal is preferable than letting Iran walk…even if the deal is viewed as an awful one by the West.

What all of these sympathizers ignore though is the biggest obstacle to closing a deal and it is not the West, it is Iran’s Supreme Leader, Ayatollah Khamenei who previously sank negotiations with public comments against reaching a deal that would impede Iran’s ability to develop a weapon. His most recent comments reinforced that view. In fact, the mullah-in-chief  has doubled down with another series of speeches denouncing efforts to rein in Iran’s nuclear capacity.

U.S. Secretary of State John Kerry and other negotiators were also stunned to hear even more denunciations by Iran’s religious leaders who decried any efforts to cave in to what they considered were excessive demands by the West. Iran has also raised the specter that any deal must first be predicated on the unconditional lifting of economic sanctions without a reciprocal rapid deconstruction of Iran’s nuclear program; a non-starter for almost every nation at the bargaining table.

The pathway now shaping up is a potential for yet another deadline extension without any agreement being reached. The impact of the Iranian lobby and PR machine is being severely undercut by Iran’s own leaders out of their own mouths and it seems the best they can hope for now is not a complete meltdown in talks.

There almost seems a calculation by Iran’s mullahs that President Obama needs a foreign policy triumph more than Iran’s economy needs help. It is a calculation seemingly destined to failure with the midterm election results and American voters expressing great alarm over the disintegrating nature of affairs in the Middle East with ISIS, Syria, Iraq, Nigeria, Gaza and Afghanistan.

This is one of those times where pretzel logic doesn’t trump the common sense of American voters.