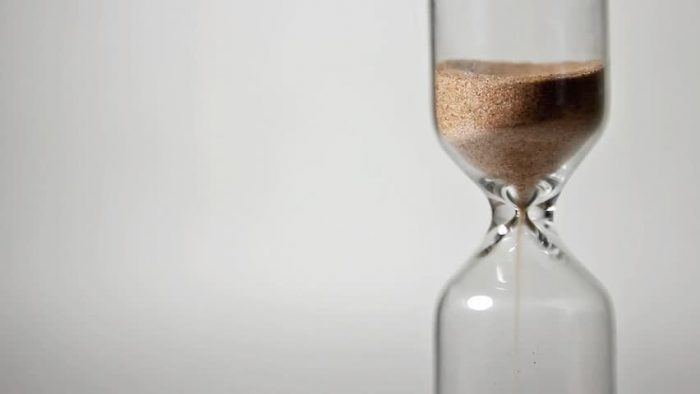 January is not only the start of the New Year and 2017, it also marks a race against the clock for the Iranian regime as it struggles to close as many business deals as it can before Donald Trump is sworn into office as the new president.

There also seems to be a fever gripping the mullahs in Tehran beyond the normal insanity of religious fervor that grips them. In this case, it is a fever for cash.

With the nuclear agreement reached with Iran and the P5+1 group of nations came a lifting of economic sanctions. The Iran lobby argued that the removal of these sanctions would empower moderate elements in the Iranian government and usher in a new period of cooperation and diplomacy.

Unfortunately none of that has come to pass as Iran’s government became even more rigidly dominated by the mullahs and their cohorts in the military and Revolutionary Guards and Iran’s military activities through its terrorist proxies have plunged it into fighting wars in three countries at once.

The drain on the regime’s coffers have been enormous and led to a stagnation of the economy that has caused the Iranian people to become restless to a point where the regime instituted a large-scale crackdown aimed at journalists, students, artists and other dissidents.

The election of Trump poses a new risk for the regime as he selects cabinet picks that have a long and critical history of U.S.-Iran relations under the Obama administration. The comprehensive nature of his cabinet choices has clearly shown the mullahs that the free ride of appeasement they have enjoyed the past several years is coming to an end.

All of which leads to an astonishing effort by the Iranian regime to close as many investment and business deals as possible before the potential re-imposition of economic sanctions since Iran has done little to conform to the spirit, let alone letter of the nuclear agreement.

Hassan Rouhani and his master, Ali Khamenei, know the necessity of securing as many business deals as possible since the regime is badly in need of cash. It is also why the Iran lobby, especially the National Iranian American Council, have been fixated with preserving the commercial aspects of the agreement.

The New York Times described the race by Rouhani to close these deals, especially bolstering its oil industry in regaining its international status as a top oil producer.

Iran’s oil industry, the lifeblood of its economy, was devastated by the cumulative impact of the nuclear sanctions, which halved petroleum exports and left the country ostracized economically, the Times wrote.

The international nuclear agreement that lifted those sanctions nearly a year ago, one of the Obama administration’s signature foreign policy initiatives, has enabled Iran to partly recover. But Mr. Trump has warned that he may dismantle the deal, a threat that has injected new urgency into Iran’s push to build up its oil industry before Mr. Trump takes power next month,” the Times added.

Over the last four weeks, Tehran has negotiated agreements with the oil field services giant Schlumberger and companies from China, Norway, Thailand and Poland, including a deal just announced with Royal Dutch Shell.

“They are signing before Trump does something,” said Dragan Vuckovic, president of Mediterranean International, a Texas-based oil services company that works in North Africa and the Middle East. “The Iranians will give the Europeans favorable terms because of Trump. They want to send a message to Trump that if you try to cancel this agreement, we will just go to the Europeans.”

It’s a strategy that carries significant risk since the combative election demonstrated how the incoming president reacts to threats from opponents.

The Iranian regime also announced the completion of its $16.6 billion deal to buy 80 jetliners from Boeing. Planned aircraft sales by Boeing and European plane maker Airbus Group SE have been among the most high-profile transactions pursued by Iranian regime after Western powers in January removed sanctions in return for its agreeing to constrain its nuclear program. U.S. officials cleared the way in September for Airbus and Boeing to start contract talks.

The plane deals have been staunchly opposed by critics of the nuclear accord with Iran, which has come under fire from Trump and his emerging national-security team. Some U.S. lawmakers have also tried to block any financing for the planned sales, the Wall Street Journal reported.

What troubles the mullahs and Iran lobby is that the members of Trump’s team include ex-military officers who have been battle-tested in combat against Islamic extremist groups and terror proxies. For them, their world view has been shaped by actual experience with terror and Islamic extremism and the horrors they bring.

According to the Washington Post, the three generals making up the core of Trump’s foreign policy team have views cutting against the grain of U.S. policies seeking to empower moderates in Iran and of U.S. intelligence assessments that terrorism no longer stands alone atop the rankings of global security threats now crowded by concerns about cyberattacks and renewed aggression by China and Russia.

Their views, though far from uniform, have been heavily influenced over the past 15 years by intensely personal battlefield losses, the country’s waning attention to the wars and an up-close view of a ruthless enemy, said the Post.

“I think it’s likely there will be terrorist attacks in the coming years, and I think Trump will feel tremendous pressure to be seen as acting very decisively,” said Dan Byman, a former Middle East analyst at the CIA and a professor at Georgetown University.

Byman cited the example of the Iranian seizure of American sailors shortly before the Iran nuclear deal was signed as an example of an overseas provocation that had the potential to derail broader U.S. policy goals.

Trump’s advisers “have a lot of personal experience and might be more inclined to see Iranian hostility as deeply planned,” rather than the act of a rogue faction or a function of chaos, Byman said. “They’re more likely to read things negatively than the Obama administration would have.”

While the Iran lobby may believe that is a pathway to armed conflict, the growing consensus is that Trump’s team is more likely to avoid that option by simply finally holding the Iranian accountable diplomatically and through a rigorous sanctions process that does now reward Iranian regime for belligerent behavior.

For Tehran, the clock is running out on them.