Throughout history the use of deception has been an integral part of statecraft. Governments have used double agents, false document releases, propaganda and all sorts of other tricks to deceive enemies or even their own people. Names such as Kim Philby, Eddie Chapman, Ashraf Marwan and even Mata Hari have claimed a special place in history for their duplicitous roles during wartime.

But in the social media age, knowing what is and isn’t true can prove difficult to near impossible with the flood of blogs, columnists and self-styled journalists posting, tweeting, sharing, pinning and linking. Edward Snowden showed us a peek under the tent with what was possible in terms of monitoring electronic communications. The Iran regime has refined the art with its own version of China’s great cyber wall which shuts out the outside world from the Iranian people and allows the mullahs to monitor virtually all the electronic activity happening there.

Control of all communications also has a certain side effect as well, it gives rise to the one of the current tactics used by the regime in trying to project a more moderate image to the outside world. You see, if the Iran regime controls all forms of outbound and inbound communications, how can anyone really trust what is being said or more precisely what the mullahs are allowing to be said.

One of the regime’s favored tactics is to project the image of a divided Islamic state; a struggle between moderates and hardliners, especially as it relates to the current debate over approval of the proposed nuclear agreement. The regime’s official news agency, IRNA, and other news media churn out a steady stream of stories about “hardliners” within the regime clamoring to the kill the deal and how “moderates” such as Hassan Rouhani are struggling mightily for peace.

It all has the tinge of some bad B-movie thriller from the 1950s with a cartoonish lampooning of favored tropes, no different than Cold War-era imagery of spies going to battle between the West and Soviet Bloc.

But these “protests” are largely staged for the benefit of Western media consumption in order to help the regime’s lobbyists here in the U.S. such as the National Iranian American Council in its efforts to bolster the image, such as one reported this weekend involving 50 “hardline “students.”

These same efforts to dissemble include public statements of endorsement being made by so-called “dissident” Iranians who are in fact still connected to the regime, not unlike the double agents of past campaigns. A recent open letter in Huffington Post was signed by former members of the Islamic Parliament who claimed to support the nuclear agreement, but scrutiny of the signers would reveal for each a past not spent on changing Iran’s policies, as much as securing a political future for their return to power.

In a historical context, many of these same ex-regime officials willingly took part in brutal repressive acts of their own until they fell out of favor for various and assorted reasons be it voting for laws oppressing the Iranian people or giving their support for the mullahs’ policies. The definition of their actions would be more commonly known as “appeasers” which carries historical connotations itself with visions of Neville Chamberlain clutching a piece of paper with Adolf Hitler’s signature on it proclaiming “peace in our time.”

But there is a certain delicious irony with all of the huffing and puffing of the regime and its loyal allies such as the NIAC and that is the almost insignificant impact it’s having on the Iranian American community itself.

The NIAC has led the public charge to mobilize Iranian Americans to support the deal, calling on mass protests and rallies and participation at congressional town hall meetings during the summer recess. Instead their appeals have fallen on largely deaf ears.

Protests held in favor of the deal have resulted in crowds just as small as the staged regime protests in Tehran with Los Angeles – home to over 800,000 Iranian Americans – protests yielding a paltry 200 participants, most not even of Iranian descent. Weekend rallies in Washington, DC and San Diego were even smaller, barely cracking 100 people.

In contrast, over 10,000 rallied in New York’s Times Square against the deal and another 1,000 gathered in Los Angeles, most of them Iranian Americans demonstrating not only their opposition to the regime, but also for the various resistance movements around the world.

The efforts by NIAC Action, the direct lobbying arm of NIAC, had even worse results with no-shows in at least one California district and another one in New York being outnumbered by opponents to the deal.

All of which raises an interesting question: Knowing how weak the regime and its lobby are, just why is anyone even listening to them? 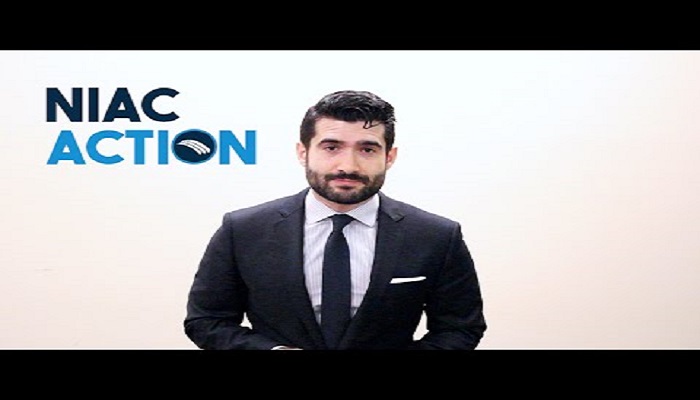 The Use of False Dissidents by Iran Lobby