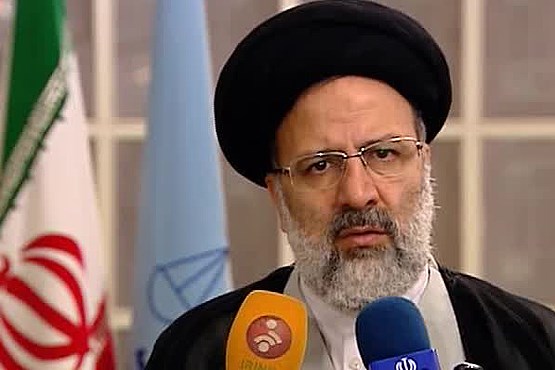 While the US watches a slugfest of a presidential election between Hillary Clinton and Donald Trump, another presidential election scheduled to take place next year on the other side of the world bears watching because of how it potentially impacts not only every American, but also the entire Middle East and Europe.

The “election” will be in Iran for the next president, however unlike the US election, there is likely to be no doubt, no drama, no recounting of ballots or examination of hanging chads. There probably won’t even be very many people on the ballot as well because in the Iranian regime, elections are inconveniences that have to be tolerated for the international community.

They are by no means, free, fair, open or even compelling. The last time there was even any controversy was in 2009 when the election was widely seen as rigged and in the heat of the Arab Spring movement, ordinary Iranians decided to do something they had not done since the downfall of the Shah of Iran; they protested—massively.

In response, top mullah Ali Khamenei and his fellow clerics did what they normally do, they ordered a crushing suppression of protests that results in deaths, mass imprisonment and harsh crackdowns on news media, technology and foreign journalists.

After figuring out the regime couldn’t stomach another debacle like that, Khamenei and his fellow conspirators cooked up a scheme to wipe names off future ballots and allow a handpicked successor to be elected without any protest and be seen as a “moderate.”

That man was Hassan Rouhani in 2013 who cruised to victory against a field of straw men and was widely praised as a “fresh” face by the Iran lobby; an odd phrase since Rouhani has been at the heart of the regime’s military and intelligence services for the past three decades.

Calling Rouhani a moderate is like calling a neo-Nazi “open minded.”

Now his re-election is coming up next year and already the field is being cleared to allow him an uncontested run and eliminate any choice for the Iranian people who would dearly love to dump him into the unemployment line after debilitating economic news continued to pour out of Iran even after a nuclear deal that Rouhani and the mullahs promised would open the flood gates to an improved quality of life.

Things are so bad for Rouhani at home that even Mahmoud Ahmadinejad, the man Rouhani succeeded, has considered another run for the presidency until he was slapped down by Khamenei. The prospect of another term by Ahmadinejad has the mullahs scared out of their turbans since he is widely reviled in the West and at home.

His run would be akin to having Richard Nixon take a stab against Jimmy Carter in 1980 fresh off his resignation and threatened impeachment from the Watergate scandal.

“In carrying out the intentions of the leader of the revolution, I have no plans to take part in the elections next year,” Ahmadinejad said in a letter to Khamenei, published on his website dolatebahar.com.

You could almost hear the sigh of relief coming from Khamenei and Rouhani.

Besides Rouhani’s re-election, the looming prospect of who replaces an aging and ill Khamenei should have the US and its allies even more worried. Far from the prospect of getting a more moderate replacement, the name most often heard being bandied about as the next top mullah is Ibrahim Raisi.

As Ray Takeyh, a senior fellow at the Council of Foreign Relations, put it succinctly in an editorial in the Washington Post, Raisi “could be the only person in the Islamic Republic who could cause people to miss Khamenei.”

“Raisi is 56 years old and, like Khamenei, hails from the city of Mashhad. After a stint in the seminary, he has spent his entire career in the Islamic Republic’s enforcement arm, serving as prosecutor general, head of the General Inspection Office and lead prosecutor of the Special Court of the Clergy, which is responsible for disciplining mullahs who stray from the official line. In one of his most notorious acts, he served as a member of the ‘Death Commission’ that, in the summer of 1988, oversaw the massacre of thousands of political prisoners on trumped-up charges,” Takeyh writes.

“Raisi’s background fits nicely with the Revolutionary Guards’ mission of crushing dissent. In a recent interview, Revolutionary Guards commander Muhammad Jaffari conceded that since 2005, the regime has come to see domestic insurrection as an even greater challenge to its existence than external pressures. The ideal successor to Khamenei would have to not only share the Guards’ perspective but also have close ties to the security organs and the judiciary. The Guards seem to have found their man. Raisi is being increasingly touted by them as a vanguard of the regime and an enforcer of its will,” he added.

Khamenei’s clear preference for Raisi can be seen in his appointment of him to head one of the regime’s largest charitable foundations, Astan Quds Razavi, which gives Raisi access and control to vast land holdings and many other enterprises that funnel money to him, the IRGC and his allies.

With the endowment’s estimated value at $15 billion, Raisi is in prime position to buy votes and assemble his own network of loyal supporters and operatives.

All of which reinforces the central conceit of Khamenei, Rouhani and their ilk, which is to maintain the purity of the Islamic revolution and the ideological basis for it. Even with the opening of trade with the nuclear agreement, the mullahs have no intention of using these new funds to help the economy or Iranian people. Instead, they view these proceeds as necessary to continue the funding and expansion of the Islamic revolution.

Ultimately, while everyone is focused on if Rouhani will be re-elected, the more important question is whether or not Raisi will even allow Rouhani to speak without a script.