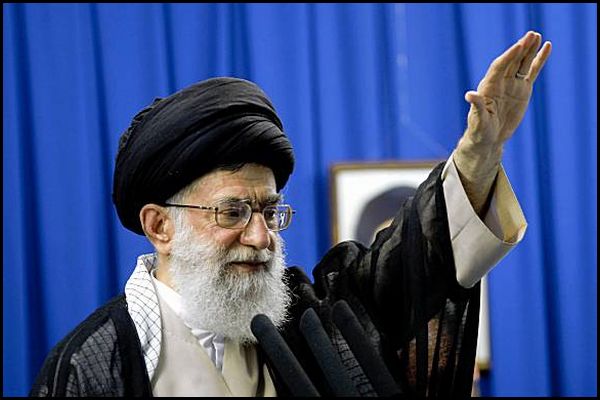 There is No Battle Between Moderates and Hardliners in Iran

One of the cornerstones of the Iran lobby’s messaging has been the contention that a monumental battle is being waged in Iran between moderate elements in the Iranian regime and hardline conservatives intent on winning at all costs.

To the extent hardliners want to hang onto their power that part of the story is correct, but the image of moderates existing and having a meaningful role within the regime government is as illusory as a mirage of a desert oasis to a thirsty wanderer.

The regime’s leadership, under the hard rule of Ali Khamenei, has done a methodical job of eliminating any shred of moderate opposition. Ever since the original Islamic revolution was taken over by the religious clerics that now run Tehran, the regime has systematically arrested, imprisoned, tortured and executed anyone publicly voicing a dissenting point of view.

This has even extended to targeting and attack Iranian dissidents outside of Iran; the most notably example are members of the People’s Mujahedin Organization of Iran, one of the largest and oldest resistance groups to the mullahs. Many of these PMOI members had resided in refugee camps in Iraq that were constantly under attack by Iranian operatives, as well as local Shiite militias acting on Iranian control.

The most egregious example of Iran’s crushing of dissent was on display in the wake of the 2009 presidential elections in which mass demonstrations by ordinary Iranians was met with bullets and mass arrests that led to a near daily parade to the gallows.

Before each election cycle since, the regime has instituted broad crackdowns to remove any dissenting views. This has included mass arrests of journalists, bloggers, politicians, activists and even students and artists.

The regime’s highest policy making bodies have also ensured that only carefully vetted and approved candidates were on the ballot for presidential and parliamentary elections which is why Hassan Rouhani was elected before and may be re-elected this May and Iran’s parliament remains firmly in the control of the ruling mullahs.

Dr. Majid Rafizadeh, president of the International American Council and a leading expert on Iran and U.S. foreign policy, wrote about this Iran lobby myth in Arab News.

The truth is that Iran’s moderates are a critical part of the political establishment. Many of them, including the current President Hassan Rouhani, were robust supporters or founding fathers of the Islamic Republic’s Shiite theocracy. These “moderates,” such as the late former President Akbar Hashemi Rafsanjani, were once called “hard-liners,” Rafizadeh writes.

“In addition, it is crucial to point out that to be a politician in Iran, your loyalty to the core pillars of the political establishment should be firmly proven. Vilayat-e Faqih is the core pillar of Shiite political thought expounded by the late Ayatollah Ruhollah Khomeini, and forces a guardianship-based political system on the people, and requires that a Shiite religious figure be the leader of the nation,” he adds.

The terms “moderates” and “hardliners” are also a Western invention and not used in Iranian politics according to Rafizadeh. Consequently, the Iranian regime makes no distinction in political allegiances. You are either a loyal member of the regime or you are not. If you are not, your ticket is punched for a trip to Evin Prison.

The Iran lobby uses these terms with Western media in order to create the appearance of fissures in Iran’s political system where there is none.

“Iran’s supreme leader and the senior cadre of IRGC hold the final say when it comes to Iran’s foreign policy. They also have significant control over Iran’s economic, financial, and political sectors. For example, at the end of the presidential term of the so-called ‘moderate’ Hassan Rouhani, Iran has not altered its policies toward Syria, in supporting President Bashar Assad, along with Iraq, Lebanon, Yemen and other nations’ domestic affairs. In fact, it has intensified its expansionist policies through its military and additional revenues,” Rafizadeh said.

Since 1979 Iran has not altered the cornerstone of its foreign policy and revolutionary principles regardless of who was president and therein lays the harshest rebuttal to the Iran lobby. If Iran was indeed going to moderate its behavior as a result of the nuclear deal as the National Iranian American Council insisted on, then where has the emptying of Iran’s prisons begun of political prisoners?

Ultimately the price being paid by Iran’s religious and ethnic minorities such as Kurds, Christians, Sunni, Arabs and others demonstrate exactly how little has changed in Iran since 1979.

Not surprisingly, there has been a marked increase in human rights abuses including the ghastly use of acid in attacks against women.

After almost a year of calm, spraying people with burning acid has returned in Iran where a family of four has been attacked on Saturday in Sharada, within Isfahan province, Iran’s top tourist destination, according to Al-Arabiya.

Isfahan’s Investigative Police Chief Sitar Khasraoui said in press statement that the families were taken to the hospital to treat the burns. The family consists of the father, 53, the mother, 48, the son, 23, and the daughter, 20. Both parents are said to be in critical condition.

In 2014, attacks in Isfahan shocked the public and provoked a major protest there from citizens who demanded better security and action over such violent crimes.

Reports on social networks have claimed that the victims were doused on the face and body because they were not properly veiled. They were targeted by assailants on motorcycles.

The next time the Iran lobby professes that moderates are battling for control in Iran, one might ask if that battle is being done from the back of a motorcycle.