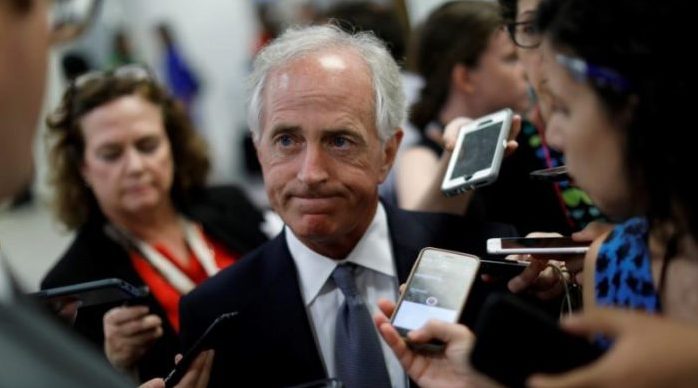 It’s all but a done deal. House and Senate negotiators reached agreement according to news reports on Wednesday to get sanctions legislation against Iran, Russia and North Korea through the Senate without further amendments; avoiding needing another House vote.

“Following very productive discussions with [House Majority Leader Kevin McCarthy], I am glad to announce that we have reached an agreement that will allow us to send sanctions legislation to the president’s desk,” said Sen. Bob Corker (R-Tenn.), chair of the Senate Foreign Relations Committee. “The Senate will move to approve the Iran and Russia sanctions it originally passed six weeks ago, as well as the North Korea sanctions developed by the House.”

Votes in both houses of Congress up to this point have been lopsided, bipartisan affairs as Democrats joined with Republicans in a rare show of unity on confronting the three nations in question.

Both sides agreed on the need to take further action against North Korea even as the rogue nation has ramped up launches of ballistic missiles with ranges reaching the continental U.S.

The speed with which the sanctions legislation is moving through Congress demonstrates sharply how the landscape has changed over the last two years since the Iran nuclear deal went into effect.

The Iranian regime’s provocative actions in Iraq, Syria, Yemen, Pakistan, Bahrain and Kuwait have aptly shown the world how an unrestrained regime will act. It has also proven false the narrative used by the Iran lobby that by approving the nuclear deal, moderate elements in Iran would be empowered to take a leading role there.

Clearly, the truth has been shown that there are no moderate elements in Iran’s government.

But that hasn’t stopped the Iran lobby from trying to stop this speeding train from running over the mullahs in Tehran as evidenced by the latest editorial by Jamal Abdi of NIAC Action in The Hill.

Abdi tries to make the argument that in their rush to punish Russia, Democrats are allowing President Trump to dismantle the Iran nuclear deal.

“While Democrats may score a victory on Russia, they may be setting the stage for turning Trump into a wartime president. And if that happens, few will remember the Democrats as the party that sanctioned Russia. Instead they will remember when Democrats acquiesced to, and even encouraged, Trump’s push towards war with Iran,” Abdi said.

There is little doubt that Abdi’s words are not only ineffectual, but largely being ignored on Capitol Hill; demonstrating how far the Iran lobby has fallen in its effectiveness and ability to set the national debate.

Long gone are the days of the vaunted “echo chamber” banging the PR drum loudly in support of the mullahs; only replaced by vivid images of multiple missile launches, Iranian navy ships speeding at American warships, and wide swathes of destruction in Syria and Yemen at the hands of Iranian troops.

The inability of the Iran lobby to offer any policy whatsoever calling for any reform or restrictions to the Iranian regime’s behavior is fueling the belief that the Iran lobby can offer no more solutions.

The most recent hostage-taking by Iran of a Chinese-American researcher from Princeton University and the 10-year anniversary of the arrest of former FBI agent Robert Levinson who is still being held in Iran only reinforced the perception that the regime was lawless and recalcitrant.

The recent death of North Korean-hostage Otto Warmbier only reinforced the urgent necessity of getting American captives out of Iran and has become a focal point for President Trump as he demanded the release of several other Americans being held in Iran.

Typically, Reza Marashi of the National Iranian American Council, proposed another hostage swap, taking a page from the Obama administrations appeasement policies, and echoing demands from Iran’s leadership for the U.S. to release Iranians convicted of smuggling nuclear technology to Iran.

For President Trump, his ultimate leverage may be the very nuclear deal the Iran lobby is trying desperately to save. Even though the flawed deal served up all of the freebies and goodies for the Iranian regime in the beginning, it does represent the last fig leaf covering up the ugliness of the Iranian regime’s actions under the guise of “compliance.”

Without it, the regime would have no political cover and would become a pariah nation again so the president’s warnings in a recent interview with the Wall Street Journal that he may ultimately find the Iranian regime “noncompliant” with the deal could prove a key turning point for his administration.

Rouhani said his country would “take any action that is necessary for the country’s expedience and interests” should the sanctions go into effect, according to The Associated Press.

The threats seem pointless at this time since whatever restrictive effects the deal purportedly had have been largely bypassed with Iran’s ability to keep its entire nuclear refining capacity and aggressive expansion of its ballistic missile program.

For the mullahs, they have already milked that deal dry and walking away from it would probably cause them little to no discomfort.