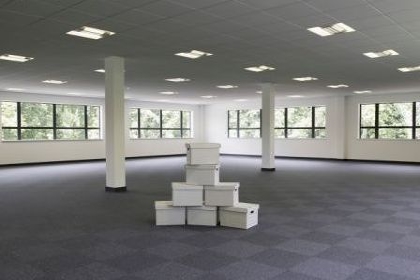 Time for the NIAC to Pack It Up

The National Iranian American Council was born out of an idea hatched by Trita Parsi to develop a US-based group that could serve as an effective lobbying force for the interests of the Iranian regime. It could help provide “cover” for the mullahs by pushing a narrative seeking to reshape the public image of the Iranian regime.

It did so through editorials and press releases and through the use of NIAC staffers as so-called Iranian “experts” to news media. The intelligentsia and academia were regaled with lofty tales of how Iranian regime could be a friend to the US instead of an enemy and how the intractable problems of the Middle East could be solved through a moderate and willing Iranian partner.

The NIAC became part of the “echo chamber” created by the Obama administration to help push that narrative as it sought a nuclear deal with the mullahs in Tehran. NIAC staff such as Reza Marashi and Tyler Cullis obligingly offered up these fantasies even as Iran mullahs essentially set the stage for the Syrian civil war by jumping in to prop up the Assad regime.

The NIAC deepened its efforts by creating NIAC Action, a direct lobbying arm so it could knock on the doors of Congressmen and Senators and pressure them into supporting a badly flawed nuclear deal and promise them political cover by offering to say “Iranian-Americans” supported it.

Even as the death toll mounted by the thousands in Syria at the hands of Iranian forces and the barrels of Iranian guns and refugees flooded into Europe by the millions, the NIAC was resolutely pushing ahead to preserve the deal by blaming Saudi Arabia and other enemies of Iran for these problems.

Against the dubious backdrop of midnight flights of pallets loaded with cash in exchange for American hostages, the NIAC still kept at the narrative, ignoring the risk to Iranian-Americans and other dual nationals being arrested in Iran at an astonishing rate and Hassan Rouhani’s flat out refusal to recognize dual nationalities.

While the NIAC argued for loosening of restrictions to allow the freer flow of cash to Iran, the regime cracked down even harder on dissent at home with over 3,000 executions in four years and arrests of journalists, students, artists, bloggers and dissidents by the scores.

Even the US news media were getting the idea that NIAC did not have much to offer being apologists for the Iranian regime every time anything went wrong as NIAC staffers found less ink and air time on mainstream media and found themselves relegated to self-publishing blogs and fringe websites more prone to fake news than real news.

The election of Donald Trump and the sweep of Republicans into both houses of Congress put an even bigger damper on NIAC’s prospects to help the Iranian regime any more, which raises the most logical question: Is it time for the NIAC to close shop?

The question is not just rhetorical, but should prompt a serious discussion among supporters of the NIAC and its donors. What role will the NIAC play in a Trump presidency?

The same question must be vexing Parsi and his colleagues since we’ve seen a noticeable shift in their public comments on items. Instead of slavishly towing the party line of the mullahs in Tehran, the NIAC now has been busy commenting on issues related to Trump’s immigration proposes.

Some might argue that these topics should be the more traditional and appropriate topics for support and debate by an organization putatively claiming to support Iranian-Americans.

Unfortunately, the shift has less to do with genuine and sincere attention to a legitimate issue, but probably rather a need to justify the continued existence of NIAC.

One benchmark of that imperiled future will be the NIAC’s Bay Area fundraiser scheduled for February 12, 2017. The NIAC website states that the proceeds will be used “to support immediate efforts to combat discrimination, support civil rights, protect the US-Iran Nuclear Deal, and prevent war.”

Given the NIAC’s track record, virtually all the funds will be used to preserve the Iranian regime’s interest? Parsi and the NIAC have no real interest in the concerns and issues facing Iranian-Americans. They are more concerned about all facets of the Iranian regime and how to keep maintaining support for it. The NIAC’s checklist is absurdly limited given the state of the world:

These should not be the priorities of any group concerned with Iranian-American issues. They are the concerns only of an organization dedicated to doing the bidding of the mullahs in Tehran.

It’s time for the NIAC to go away and for a legitimate group to rise in its place to be a true advocate for Iranian-Americans and not a mouthpiece for Tehran.