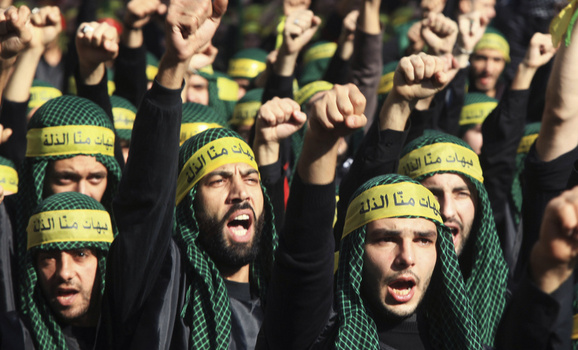 Trita Parsi Predicts a Worse 2017 But for the Wrong Reasons

Trita Parsi, the head of the National Iranian American Council and chief apologist for the Iranian regime, penned an editorial in Middle East Eye that curiously finally recognizes the complete and utter lack of stability in the Middle East. Unfortunately, he never assigns any blame to the Iranian regime.

He does however recognize that the split between Iran and its chief rival, Saudi Arabia, is likely to fuel and deepen even wider divisions and instability in the region.

“Indeed, while some point to Tehran celebrating its victory in Aleppo, success on the battlefield is coupled with even deeper divisions between Iran and some of its Arab or Sunni neighbors, paving a path towards greater conflict rather than reconciliation,” Parsi writes. “Ultimately, as all parties involved should know, true security only stems from the ability to live in peace with one’s neighbors, not one’s ability to outgun them.”

“Thus, the celebrations of today ring very hollow, as the region as a whole is likely heading towards greater instability in the year to come,” he adds.”

Parsi is correct in that the future is bleak in 2017, but his inability to focus on the constant push by Iran of its own extremist Shiite ideology is the fuel that has burned through Syria, Iraq and Yemen fueling new rounds of bloody sectarian violence that haven’t been seen since the decade-long civil war in Lebanon in the 1980s.

Parsi blames previous U.S. administrations for following a policy that was too reliant on supporting traditional U.S. regional allies such as Saudi Arabia, Israel and Egypt and isolated regional pariahs such as Iran and Iraq.

He goes on to blame the U.S.-led invasion of Iraq in 2003 the cause of the latest round of instability in the region; a curiously silly assumption since he blithely ignores Iran’s role in serving as the primary supporter, funder and guardian of the region’s most notorious terrorist groups in Hezbollah, Al-Qaeda and Shiite militias.

Parsi’s ignorance of the role terrorism plays in regional instability and the rise of trans-national groups such as ISIS in instigating the kind of horrific bloodshed that plunged virtually all of the Middle East into war and subjected cities as far flung as Sydney to San Bernardino to Boston to Ottawa to Paris to Brussels and Berlin to mass terror attacks.

Sectarian terrorism is the fuel that has convulsed the world, not the Cold War-era politics of superpowers such as the U.S. and its military might. As far back as the beginning of Christianity and the rise of Islam, religious fervor has sparked millennia of conflict and still does to this day.

This simple fact is why the Iranian regime stands squarely in the middle of virtually all of the conflicts going on today because it is the only religiously-controlled nation there and as such views its foreign and military policies through the colored lens of extremist religious ideology.

Since Iran’s leadership is personified in the religious supreme leader Ali Khamenei, whose wishes are akin to the absolute reign of medieval monarchs, the odds are the bloodshed and violence we are likely to see in 2017 is going to be firmly rooted in the same religious edicts that motivated violence in 2016.

Any child can trace the lines of Shiite fanaticism connecting Tehran to Damascus, Baghdad, Sana, Kabul, Beirut and countless other cities; any child it seems except Parsi. The one truth that Parsi does speak is the prospect of a grim 2017.

“Going forward, there are few signs that stability will return to the region in 2017. Even if the battle of Aleppo signals a turning point in the war in Syria, it is unlikely to signal the end of the war,” he writes. “Russia and Iran may be celebrating their victory, but true stability will only come to the region when all of the regional powers commit themselves to a diplomatic process of brokering a new order.”

“Currently, however, there is far more commitment to military rather than diplomatic strategies. Absent a reversal of this, 2017 will be even grimmer than 2016,” he adds.

Parsi is correct that stability is only going to come when regional powers finally recognize that diplomacy is a preferable path than a military one, but that is a conclusion that the mullahs in Tehran are not even close to reaching.

Tehran’s all-in support for a massive war in Syria, even to the point of dragging in Russia to save the Assad regime—one of Iran’s few reliable allies—demonstrate that diplomacy is not a priority for them. Indeed any solution that involves the mullahs in Iran will have the same faith, since they are the roots of the problem.

Tehran’s support of Houthi rebels in Yemen only broadened the conflict to drag in Saudi Arabia into a shooting war and the use of Shiite militias in Iraq to punish Sunni opponents only pushed the endless cycle of sectarian violence farther down the road.

Parsi’s inability to name Iran’s extremist Islamic policies and priorities as a motivating factor for a dreadful 2016 demonstrates clearly that even now, he cannot bring himself to criticize his Iranian masters in the slightest.

All of this shouldn’t be surprising since Parsi has been a loyal soldier for the Iranian regime and as Donald Trump assumes office in January, Parsi is devoting his time to trying to shape the narrative into painting Saudi Arabia as evil and Iran as good in an effort to drive a deeper wedge into the U.S. relationship with its traditional allies.

As 2016 has demonstrated, 2017 is likely to be just as disappointing for Parsi and his colleagues, but not for the reasons he thinks.