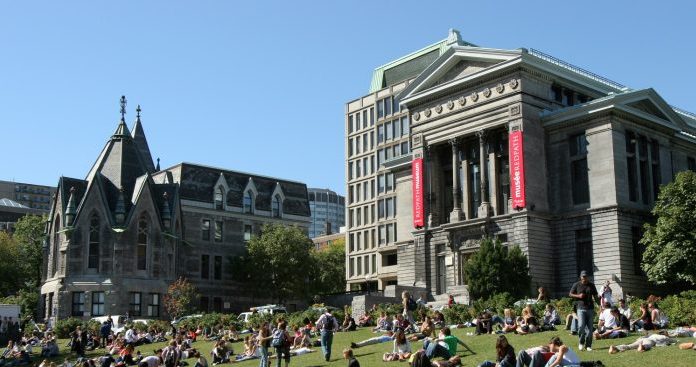 The McGill International Review (MIR), an online publication of the International Relations Students’ Association of McGill University in Montreal, Canada, seems to be one of the few publications reading statements by Trita Parsi of the National Iranian American Council.

In a story trying to characterize the chances of Iran’s latest protest movement’s long-term success, MIR lifted Parsi’s January 1, 2018 description of the protestors as appearing “much more sporadic, with no clear leadership and with objectives that have shifted over the course of the past four days.”

MIR took Parsi’s bait in trying to compare and contrast these current protests against the more widely publicized 2009 Green Movement protests that were crushed by the regime’s Revolutionary Guard Corps.

The effort to compare and contrast these two sets of protests is another tactic and messaging point from the Iran lobby to diminish the current protests as being less significant and largely irrelevant.

What is especially disappointing in the MIR article is to take what Parsi says at face value without seriously questioning why he is taking these positions in the first place and the veracity of his assumptions.

In his January 1st statement, Parsi claims to have gotten an overview of these new protests by speaking to “witnesses.”

“According to witnesses I’ve spoken to, the protests were initiated in Mashhad by religious hardliners who sought to take advantage of the population’s legitimate economic grievances to score points against the Hassan Rouhani government, which they consider too moderate,” Parsi writes.

Let’s first ask the most basic question: What “witnesses” was Parsi talking to? Considering his loyal and faithful service in carrying the mullahs’ water, we sincerely doubt he’s talking to any genuinely aggrieved Iranians and because of his close government contacts with the regime, it is more likely his witnesses are actually regime officials.

Since he tries to frame the episode as an effort by “hardliners” to embarrass “moderate” Hassan Rouhani, he simply rehashes one of his tried and true message points from the nuclear agreement debate, which is that there exists a political death-struggle in Iran between moderate and hardline political forces fighting for the future of Iran.

Nothing could be further from the truth. If anything, the regime since 2009 has ably demonstrated that it acts with one voice and one truth: It remains solidly in lockstep in preserving the extremist state and the mullahs control over the levers of government, the economy and military.

The only disputes that have arisen within the regime has been fighting over the dividing of the spoils resulting from the lifting of economic sanctions as the Revolutionary Guards and Quds Forces fought for and got the lion share of wealth in starting wars in Syria, Iraq and Yemen and funding terrorist groups such as Hezbollah.

Secondly, we have to ask the question, has Parsi ever really talked to a genuine Iranian dissident? Has he even traveled to Iran and gone to the notorious Evin prison to speak to any one of the thousands of Iranian political prisoners languishing and undergoing brutal torture there?

The answer is a glaring and obvious “no” and that places Parsi’s comments squarely in the suspect column since its hard to take anything Parsi says about the dissident movement in Iran with any confidence.

Parsi has tried to build his career from denouncing the Iranian resistance movement, whether it came from established groups such as the National Council of Resistance of Iran or Iranian youth protesting the regime with selfies on Instagram.

Parsi reminds readers that Rouhani won re-election with 57% of the vote in a massive turnout (his characterization), but neglects to mention how the regime disqualified virtually every competitor from the ballot.

There is irony in Parsi’s January 1st statement where he notes Rouhani’s restraint in calling in troops to suppress the protests. Unfortunately, we now know that indeed regime forces were called in to beat, arrest and even kill scores of protestors in a violent repeat of 2009.

Parsi is proven wrong again in his analysis by unfolding events, which makes MIR’s use of his quotes even odder.

It doesn’t take much effort to research the veracity of Parsi’s history and background and recognize his deep-state ties to the Iranian regime. Those ties instantly make him suspect as an objective news source, which MIR would be wise to avoid using again.

It is disappointing to see the MIR article buy into the perceived hardline vs. reformer fight that Parsi and the Iran lobby has tried to foster since that only helps keep some international support focused on Rouhani as a leader of the “reform” movement and continue to buy the regime time.

While more and more mainstream media outlets are avoiding using Parsi as a quoted source in their stories, that same skepticism has so far not reached Montreal’s halls of higher education.

We hope that changes soon.