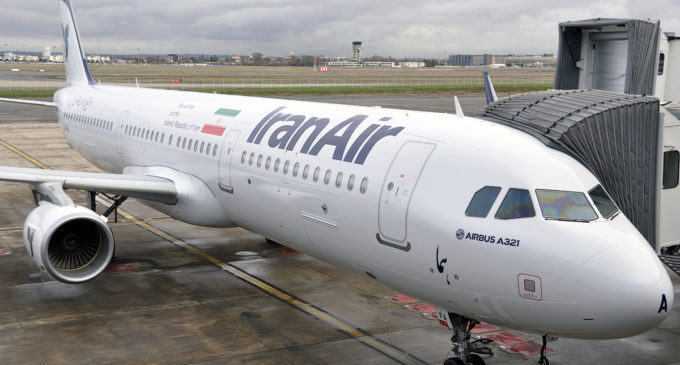 With recent moves such as the launching of a cruise missile attack against a Syrian airfield, the dynamics of the how to confront the Iranian regime are inevitably changing in the transition from the Obama administration to the Trump administration.

The pressure on the Iranian regime can be seen in the stepped-up attacks by the Iran lobby to try and dissuade U.S. policymakers from shifting to a more aggressive stance against the mullahs in Tehran.

How and in what form that stance will be is taking shape internally within the administration and in the halls of Congress and the mullahs are desperate to influence that debate. Unfortunately the easy access Iran enjoyed through the open door policy at the Obama White House through multiple visits by Trita Parsi of the National Iranian American Council and other members of the Iran lobby is now shut off.

The Trump White House is poised to ratchet up existing sanctions against Iran and is weighing a much stricter interpretation of the nuclear agreement between Tehran and major world powers, according to Foreign Policy.

The administration is inclined to adopt a “more rigorous application of the tools at its disposal,” a senior White House official told Foreign Policy, referring to sanctions policy. Among the options under consideration: broadening U.S. sanctions to include much larger chunks of the Iranian economy linked to the Islamic Revolutionary Guard Corps (IRGC).

No final decision has been taken by the president or the cabinet. But officials said some decisions will need to be taken soon. On April 25, Iran and the six governments that negotiated the nuclear deal with Tehran, including the United States, are due to meet in Vienna for a quarterly review of the accord.

How President Donald Trump decides to proceed on sanctions and the nuclear deal more broadly carries high stakes for the United States, Iran, and the wider Middle East. A concerted U.S. effort to squeeze Iran would represent a gamble that Tehran’s regional push for power, particularly in Syria and Yemen, could be checked in part by increasing economic pressure.

Another major decision facing President Trump is whether or not to stick with the nuclear deal that he so roundly criticized on the campaign trail. The calculation of whether or not to keep it will have to rely on a central question which is are the mullahs abiding by it or simply using it as a smokescreen to rebuild their military as many suspect.

But the president doesn’t have to shred the deal to put pressure on the Iranian regime. As Foreign Policy pointed out, the agreement is not a binding treaty as such he has broad leeway to interpret its provisions. Under President Obama, that flexibility allowed him to grant Iran broad leniency in areas such as enriched fuel and heavy water. Trump could choose to close those loopholes.

Evidence of that tougher stance has cropped up as the Treasury Department announced new sanctions last week, including the brother of the powerful head of the special forces arm of the IRGC, Sohrab Soleimani, for his role in abuses at the country’s prisons. And in February, the Treasury Department blacklisted eight organizations linked to the Revolutionary Guards, as well as one of its officials based in Lebanon.

The focus on the IRGC and its Quds Forces signal a significant change that could hold the promise of increased effectiveness because of the deep roots the organizations have throughout Iran and its economy.

At the moment, any entity that has a 50 percent ownership stake or more held by the IRGC is subject to sanctions, but the administration is mulling a change that would drop the threshold to a lower percentage.

Such a move would break with long-standing policy at Treasury, which has traditionally defined ownership as above 50 percent for any category of sanctions. A lower threshold would mean blacklisting hundreds and possibly thousands of additional Iranian companies and organizations with links to the IRGC, experts said.

The mere threat of a lower threshold has helped stifle potential investments into the Iranian regime as banks and companies from Europe and Asia fret about possible sanctions being levied by the U.S. down the road should they invest.

That has had a ripple effect as the much-promised economic benefits from the nuclear deal have failed to materialize leading to speculation that top mullah Ali Khamenei may have decided to abandon the pretense of moderation in favor of a harder line as evidenced by who makes the presidential ballot for next month’s election in Iran.

Emanuele Ottolenghi, Ph.D., a senior fellow and expert on Iran at the Foundation for Defense of Democracies, wrote in The Hill of the need to close one loophole benefitting the regime now which the lifting of sanctions restricting the sale of commercial airliners to Iran.

The activities of Iran’s aviation sector have exposed the inadequacy of the nuclear agreement’s caveat that licensed items and services must be used “exclusively for commercial passenger aviation.” Currently, at least five Iranian and two Syrian commercial airlines are engaged in regular military airlifts to Syria, he writes.

These carriers have been crisscrossing Iraqi airspace since 2011, but have increased their tempo since the summer of 2015, when Iran and Russia coordinated their efforts to save Assad’s regime. Flight tracking data indicate that, from the nuclear deal’s implementation day on Jan. 16, 2016 to March 30, 2017, there were at least 696 flights from Iran to Syria, only six of which were carried out by Iran’s air force, she added.

She points out that it is extremely likely that Iran Air is still an active participant in the Syria airlifts. First, there is no justification for frequent commercial flights to Damascus: Syria is a war zone with little tourism or commerce, yet it is served almost twice daily by Iranian airlines. Iran Air, for example, flies to Damascus twice a week. It is doubtful Iranian tourists are posing for selfies in the ruins of bombed cities.

The flight cannot be purchased on Iran Air’s booking website or through travel agencies and the booking website does not include Damascus among its destinations from Tehran’s international airport, where the flights originate. Finally, Iran Air flights to Damascus occasionally make unscheduled stopovers in Abadan, an IRGC logistical hub for the Syria airlifts.

The next few months will show whether or not the Trump administration will follow through on its campaign promises and finally begin the hard work of stopping the mullahs.