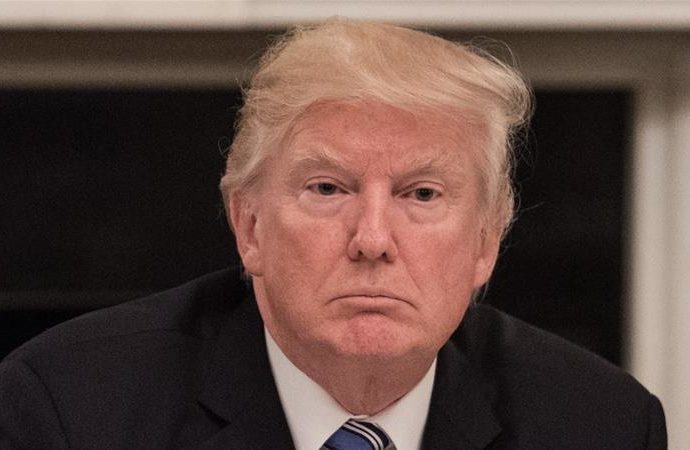 The announcement came just hours before the midnight deadline for US President Donald Trump to inform congress whether Iran had met the terms of the 2015 nuclear deal. | Nicholas Kaam/AFP

The Trump administration once again announced the Iranian regime was following the two-year old nuclear deal, but barely.

In several revealing and extraordinary news stories, including one from Bloomberg which disclosed how President Trump was ready at the last minute to pull the trigger and find the Iranian regime was no longer in compliance with the agreement.

“So just as (Secretary of State Rex) Tillerson was preparing to inform Congress on Monday that Iran remained in compliance with what is known as the Joint Comprehensive Plan of Action, Trump called it off, according to administration officials. He wanted to know his options and what would happen if Tillerson didn’t make the announcement,” Bloomberg wrote.

“And for a few hours on Monday afternoon, it looked like the White House was going to tell Congress it could not certify Iran was complying, without saying Iran was in breach of the pact. This would have triggered a 60-day period in which Congress could vote to re-impose the secondary sanctions lifted as a condition of the deal, or to strike it down altogether,” Bloomberg added.

The fact that Trump was serious about getting tough on the Iranian regime was a welcome departure from the last eight years under the Obama administration, but also points to the tight spaces he must navigate to restrain the mullahs in Tehran.

The central driving force behind decertifying Iran lies with the regime’s behavior since the deal was signed. The president recognizes, as do most Americans, that in the past years Tehran has operated as if there wasn’t any agreement in the first place.

Its’ nuclear program was never halted, only briefly delayed, and it received vast economic benefits from the lifting of sanctions that essentially saved the regime from collapse and allowed it ramp up its proxy wars in Syria and Yemen.

Most importantly, the deal allowed Iranian regime the funding and breathing room to develop its ballistic missile program. Nuclear warheads aren’t much use unless you can deliver them to their targets and missiles make for an excellent Sword of Damocles to hang over Iran’s enemies.

The fact that the regime, along with the Iran lobby, fought hard to keep issues such as its ballistic missile program, separate and apart from the nuclear deal demonstrated its desire to have its cake and eat it too.

This is the quandary that President Trump finds himself in since confronting the Iranian regime isn’t just about the nuclear deal, but includes a whole host of issues including the wars it is fomenting in Syria and Yemen and the crises it created in Qatar, Pakistan and Qatar; not to mention the escalating tensions in international waters in the Persian Gulf and Suez Canal.

The president also needs to find ways to empower the Iranian resistance movement in order to foster the kind of internal regime change most likely to produce a peaceful transition in government without the specter of starting another war in the Middle East.

The potential key to making all this happen may be the potential of closing Iran off to further foreign investment and business as Lake makes clear in his article.

“All of this is also a lesson to Western businesses hoping Iran will be a safe place to invest in the aftermath of the nuclear bargain. Administration officials on Monday said the Treasury Department was still reviewing a proposed sale of civilian airliners from Boeing to Iran’s largest airline. That deal is under scrutiny because Iran uses its civilian air fleet to send supplies, personnel and weapons to the war in Syria,” Lake said.

The administration also moved forward in slapping additional sanctions on Iran not related to nuclear issues the other day in a demonstration of its willingness to hold the regime accountable, while at the same time certifying the nuclear deal in compliance. For President Trump, it is his way of having his own cake and eating it too.

The sanctions mean it is illegal for U.S. citizens or companies to do business with those on the list, and any assets they have in the U.S. can be seized. It’s unclear whether the 18 have such assets or businesses.

Predictably the Iranian regime responded to the sanctions with what it called its own “reciprocal actions,” but it pointed out an uncomfortable truth for the mullahs which is that President Trump was moving closer to potentially designating the IRGC as a foreign terrorist organization, which could potentially cripple the regime’s flow of illicit funds.

The Iran lobby also weighed in with the National Iranian American Council’s Trita Parsi issuing a press release criticizing the moves by the administration.

“Under Trump, diplomacy has been traded for threats, placing the US and Iran at risk of war once more. Rather than pursuing dialogue with Tehran to resolve remaining disputes, as every one of our European allies have done, the Trump administration has chosen to escalate tensions and eschew opportunities to come to a mutual understanding,” Parsi said.

Parsi continues to try and split the difference in separating the nuclear deal from other issues such as Iran’s ballistic missiles and support for terror or poor human rights record. While that strategy worked with the previous administration, President Trump seems to have determined that all of these issues are interconnected.

This will no doubt cause Parsi to be dismayed and the mullahs to be frightened, but it’s the correct pathway to follow and one that President Obama should have done four years ago when negotiations opened on a deal.

If he had connected the dots of Iran’s bad behavior with the leverage he possessed in negotiating the deal, things might have been very different these past two years.

Unfortunately, it is now up to President Trump to clean up the mess.